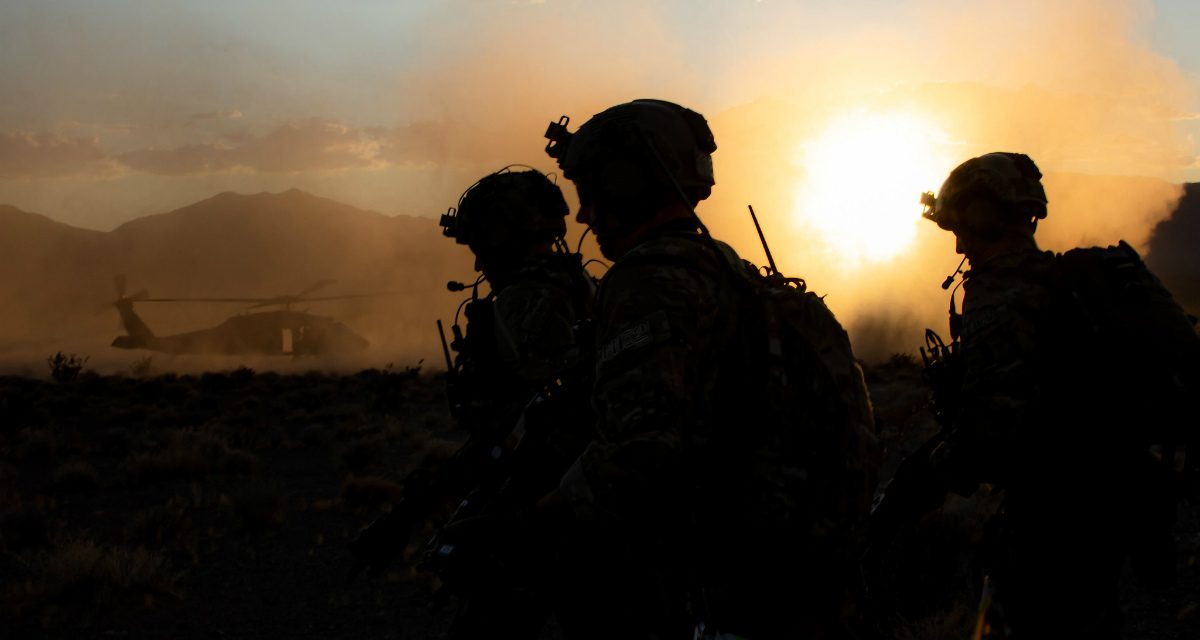 For the past several years, the Center for Strategic & International Studies has released an annual assessment of US military forces. Written by Mark Cancian, a senior adviser in CSIS’s International Security Program, each report highlights the big themes that characterize the armed services’ strategic posture, organization, end strength, modernization priorities, and more. We hear about all of these things often in public statements from Defense Department leaders. But there’s something uniquely important about an effort to create a sort of comprehensive, annual snapshot of each service—even more so when it’s undertaken outside the walls of the Pentagon. After all, it’s natural to tend to cast a generally positive light on things when we’re talking about ourselves, individually and organizationally. Sometimes we need to hear how things look from an external perspective.

This past week, as thousands were gathering in Washington, DC at the annual meeting of the Association of the US Army, CSIS released the Army section of its annual report. So while headlines coming out of the AUSA annual meeting focused on the potential for extending the time soldiers and families stay at one duty station before moving, a revamped Army special operations strategy, and the many weapons and platforms vying for Army attention (and dollars), the CSIS report takes a broad-aperture view of the big-picture things that combine to give a sense of where the Army is heading.

The Army aimed to grow by fourteen thousand soldiers over the past year; instead it grew by two thousand. On its face, this shortfall is quite clearly a problem. It is also one that has been well documented and analyzed. Observers have pointed to a number of reasons for the service’s recruitment challenges, but whatever the cause, it is clearly something Army leadership will need to address—and the newly announced “What’s Your Warrior?” marketing campaign is a step toward doing so.

Recruitment and retention are often grouped into the same category. But they present unique challenges. As the report acknowledges, for example, the Army is fielding new cyber units. As these units are filled with soldiers who have received extensive and specialized training, the cost of losing them to the private sector will rise. Even if the Army can eliminate its recruiting shortfalls, there will be a growing retention problem as more and more Army jobs entail highly technical skillsets.

The CSIS report does credit the Army, however, acknowledging that lowering standards for recruitment is tempting when faced with such a shortfall—that was the service’s response when it faced a need for more soldiers at the height of the Iraq and Afghanistan wars. Instead, this time, “the Army did not reduce its standards but rather accepted a smaller size.”

Even with the most expensive military in history, resources are finite. That means making decisions between spending money on soldiers or on equipment. But another dynamic also exacerbates the tension between these competing demands. On one hand, the CSIS report argues, the National Defense Strategy focuses on “great power conflicts with Russia and China.” On the other, there remains a demand “for forces to deploy to Afghanistan, Europe, and elsewhere.”

The problem, however, is that preparing for future conflict with a peer or near-peer adversary “implies a force with advanced, and likely very expensive, technologies.” By contrast, current troops commitments require “a larger force that may not need the most advanced technologies.”

The report highlights a by-now famous RAND Corporation wargame that concluded that in the event of hostilities in the Baltic states, Russian forces would be able to reach the Estonian and Latvian capitals within sixty hours. If that encourages DoD (and congressional) leaders toward prioritizing high-tech capabilities, difficult decisions on where to find the necessary resources will follow. The CSIS report highlights the creation of new security force assistance brigades and the continued reliance on reserve-component mobilization as steps that have helped meet competing demands. But it concludes that creating a force with more “advanced systems for ground combat, fires, and aviation” in an era of limited end strength might require cutting the number of brigade combat teams the Army fields—“a step the Army has not yet been willing to take.”

Building the Right Force for the Future

Building a force of a particular size and with a particular capability mix is already challenging—recruitment goals can be hard to meet and getting the most out of a bureaucratic acquisition system is itself a challenge. But it’s made even more so when these challenges are overlaid with the broader problem of forecasting what the future battlefield will look like so that end strength and capabilities match the demands that a coming conflict will make.

The Army has taken a pair of bold steps to address these complementary challenges. First, the service’s leadership introduced “night court”—a process that evaluated the continued relevance of virtually every program underway, and then shifted resources away from programs deemed lower-priority and toward higher-priority ones. It has been lauded by national-security experts, although as the report notes, some of the decisions reached by the unconventional process face opposition in Congress, where other factors come into play.

Second, the creation of Army Futures Command has the potential to drive substantial change across the service. The CSIS report acknowledges that AFC is too new (it only recently achieved full operational capability) to be able to point to much in the way of tangible output—a new night-vision binocular device is the first major achievement it can claim. But the establishment of AFC reinforces Army emphasis on six major modernization priorities. And arguably most notably, not only will new systems that emerge from these priorities strengthen existing units, but “a few—like cruise missile defense and antiship munitions—may create entirely new kinds of units.”

Perhaps the most notable takeaway from the CSIS report is that across the board, Army leadership will need to make a series of difficult decisions going forward. As an annual undertaking, the report aims to offer a snapshot of the Army today, but it also encourages us to think about what the Army of tomorrow might look like—depending on the outcomes of those difficult decisions.

As the Army shepherds multi-domain operations from concept to doctrine, as it divvies up resources and navigates budgetary constraints, and as it makes decisions between things like expensive and exquisite systems and cheap but replaceable ones, the service’s leadership needs to come up with an assessment of the future operating environment that is likely to be right, but also to develop a force agile enough to adapt when and where that vision is wrong.

John Amble is the editorial director of the Modern War Institute at West Point and Co-Director of the Urban Warfare Project. He is a military intelligence officer in the US Army Reserve and a veteran of the Iraq and Afghanistan wars. Follow him on Twitter: @johnamble.