A Hard Year in a Long War without End 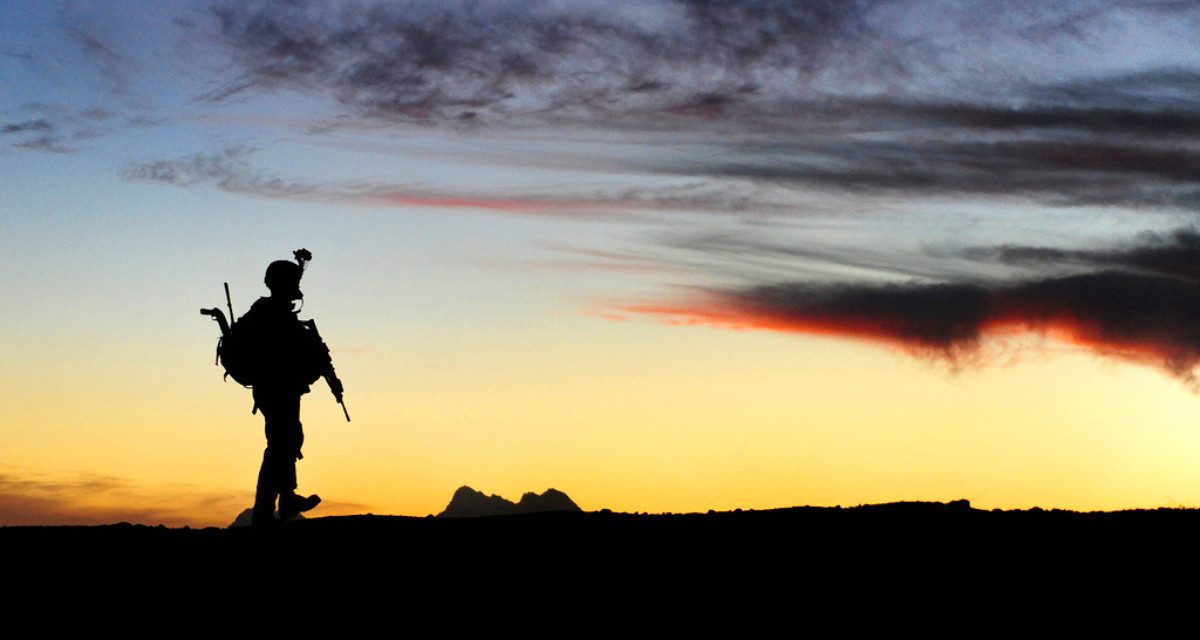 “There is no betrayal more intimate than being sent to kill or die for nothing, by your own countrymen.”

“Numbers, names, and percentages don’t go in the graveyard.  People do.”

It is impossible to look back at the past nineteen years and ignore the glaring mismatch between policy, strategy, and the violence of war that has characterized America’s post-9/11 war making. A new memoir by Army veteran Erik Edstrom, Un-American, offers a biting indictment of that mismatch. The book is personal, raw, very critical, soul-bearing, obscene, profound, and seething with underlying ire in places.  Edstrom, a West Pont graduate and former infantry officer, propounds a cogent and candid counterargument to the wars America has waged and continues to wage in response to those terrible attacks of 9/11 almost two decades ago.  His book is an unsparing condemnation of US senior civilian and military leadership for failing to think through and devise a viable strategy that aligned America’s instruments of war with ends that America and its allies could achieve, within a reasonable magnitude in cost and duration.  The overarching purpose of war is to improve a country’s security and bring a better and durable peace.  Yet, there are markedly more Islamist terrorists and more violent Islamist groups fomenting violence around the globe today who remain intensely inimical to the United States than there were in 2001.

Edstrom graduated from West Point in 2007.  He received his commission in the infantry, completed Ranger School, and then served a year-long tour in Kandahar province as a platoon leader with the 4th Infantry Division.  During his relatively short time in the Army, he led firefights in the Taliban’s heartland, witnessed a number of civilian casualties, buried friends, struggled with depression, and became deeply disillusioned with the role of the US government, the US military, and his infantry company in the war in Afghanistan, and with the post-9/11 wars generally.   He separated from the US Army after he fulfilled his service commitment in the Old Guard, serving as the platoon leader of the Presidential Escort Platoon.  After the Army, Edstrom earned two master’s degrees at Oxford University.

The book’s organization derives from the author’s threefold premise and charge to all US citizens to do the following before signing on to war: imagine your own death in the war; envision the deaths of innocent civilians who will die as a consequence of the war; and contemplate what will be lost in the war in terms of lives, limbs, resources, and opportunities.  This book’s three parts generally align with that premise:  In the first, Edstrom describes growing up in rural Massachusetts and attending West Point; in the second, he relives his hard, belief-altering tour in southern Afghanistan; and in the third he reflects on the real costs and the opportunity costs of America’s wars in the greater Middle East since 2001.

There is way too much compelling substance to cover in a short review, but there is one quote—which would have been my pick as an alternate title—that conveys the essence of this memoir: America’s wars in response to 9/11, Edstrom writes, “strip-mined my soul.”

At the beginning of the book, Edstrom asks, “What responsibility do citizens have—what expectation of basic foreign policy competence is required—to send soldiers to war or go to war yourself?”  None, he answers.  “It does not even require citizens to know where on the map we are sending our soldiers or whether the country we are invading is even loosely connected with the crime we seek to avenge.”  The horrible combat wounding of one friend and the combat death of another friend in Iraq began to wear on Edstrom’s youthful optimism even before he deployed for his first and only combat tour in Afghanistan.  He attended the funeral of the latter, and this was when the abstract idea of serving in war collided with the concrete reality that war has gruesome consequences.  “At that moment, the glowing romance of war and serving one’s country died” for Edstrom.

The book’s second part is the most poignant.  The author’s irreversible metamorphosis from true-faith believer in American might and right to disillusioned apostate occurred during his tour in Kandahar, where his platoon served a year “in one of the most dangerous combat roles, in one of the most violent districts, during what was the most deadly time to be there.”  He does not exaggerate. Zhari and Panjwai are among the four districts his platoon patrolled and from Edstrom’s evolving perspective on the ground, this fight was one of futility and asymmetry where it seemed that violence was not serving strategy and policy but serving itself.  Reflecting back on who he was at the beginning of his tour, he offers: “He will lead his men to face the constant threat of death in patrols that he does not believe in.”  Edstrom describes the deployment as “a year defined by the horror of watching good people getting mutilated and dying horrible deaths.”  A bad tour in a very hard place ruined his idea of patriotism, destroyed whatever faith he had in any god, caused deep despair, and exhausted his belief in and support of US policy.  As for the asymmetry of will and means that obtained between some of the ostensibly best equipped and trained platoons in the world and the Taliban, Edstrom offers a pithy insight: “We were being foiled by fertilizer, lamp cord, water jugs, and a car battery.”

There are a few flaws, a small bit of hyperbole, and an ample amount of disdain in this memoir but the work is otherwise a genuine, factual, and laudable effort to make American citizens understand the meaning and consequences of perpetual war for those who are directly involved in the violence, and to bring leaders to account for it. It is also a damning indictment of the militaristic mythology that induces major segments of the US polity to see America as preeminent, exceptional, exemplary, and righteous.  This book is not for those who eschew candor, avoid bad but factual news, or espouse Pollyannaish views of immaculate American perfection. Nor is it for those who conflate patriotism with nationalism.  Edstrom includes a quote from Sydney Harris at the beginning of the book that percipiently distinguishes between these two concepts.  Patriotism is a sense of pride and responsibility in what one’s country does that is good.  Nationalism is a feeling of pride and blind arrogance no matter what one’s country does.  Nationalism leads to war.  This provocative memoir will compel readers to critically examine the scope and magnitude, the costs and consequences, and the lasting harm the United States has wrought in waging twenty-first-century wars enamored of tactics and devoid of strategy.

The errors and flaws in the book are few but conspicuous. The subtitle is A Soldier’s Reckoning of our Longest War.  A soldier reckoning is a good thing but “our longest war” is factually problematic.  To be sure, a host of pundits have proffered this vacuous platitude in many media over the last several years but it does not comport with the fact that the Vietnam War was a twenty-five-year war that spanned six presidential administrations.  A more disputable error of fact in the book is the author’s assertion that the United States “illegally attacked and invaded” Afghanistan.  This is true for Iraq but not correct for Afghanistan, where just war theory supported a war against the 9/11 attackers and the regime that was willfully providing sanctuary and refused to stop doing that.

Another minor but irksome error was the author’s use of the incongruent term “operational strategy” to characterize route security operations on Highway 1, the main artery in Afghanistan.   This is likely attributable to Edstrom’s limited time in the Army and to the fact that he served only at the tactical level.

Still, these flaws are outweighed by the book’s relevance.  It explores the war in Afghanistan specifically and criticizes America’s war-making after 9/11 generally from the ground level, where the effects of bad strategy or no strategy ultimately flow, where ignorance about the character of the war, the nature of the enemy, and the limitations of one’s own forces bring bloody and irreversible consequences for the young American and allied combat soldiers in small units who do most of the fighting and dying in these wars.  Lots of technology, few troops, and little strategy have also brought markedly more destruction, death, and misery to the innocent civilians populating Afghanistan, Iraq, and elsewhere in the greater Middle East and around the globe.  According to Edstrom’s calculations, derived from credible sources like the Brown University Watson Institute Costs of War Project, the United States’ post-9/11 wars have directly caused over 310,000 civilian deaths.  America and its allies have killed over one hundred times the number of civilians reacting to 9/11 than al-Qaeda killed in its attacks on 9/11.

Un-American is a readable, insightful, and introspective memoir that explores the myths and realities of America, West Point, and the post-9/11 wars the United States has undertaken to ostensibly prevent another attack of similar scope and magnitude.  The author and his close colleagues entered West Point after America went to war in both Afghanistan and Iraq, spending a good part of their twenties either at war or recovering from these wars.  This book evokes reflections and empathy similar to those that Rick Atkinson’s 1989 book The Long Gray Line evoked.  Atkinson explored the West Point class of 1966 and its members’ experiences at the academy, in Vietnam, and after that deeply divisive and unsuccessful war.  Both books portray the sadness and tragedy that stem from the yawning gap between the patriotism and idealism these young men and women exuded when they entered West Point and completed that the rigorous program and the disillusion and disgust that emerged when they faced the reality, violence, and injustice of a long war that saw too many deaths of innocent civilians and too little or no strategy linking the violence they imposed to an end that brought a better peace.

This book is imperfect but it is generally well written, though raw, angry, and dark.  The candor and the moral courage of the author are compelling and this book should be required reading for all general officers and senior national security practitioners because it reveals the grave and harmful consequences of throwing young leaders and soldiers into a series of wars without end because of a failure to think through the logic and grammar of strategy and war.  The costs and damage in lives, resources, and time in the endless wars since 9/11 have far exceeded any rewards, for Afghans, Iraqis, maimed and killed Americans and allies, and the current and future credibility and security of the United States.

Robert Cassidy, PhD, is a retired US Army colonel who teaches at Wesleyan University as the Andersen Fellow in Defense and Foreign Policy. He has served in Afghanistan, Iraq, and elsewhere in the Middle East.