When the Harlem Hellfighters Came Home from War 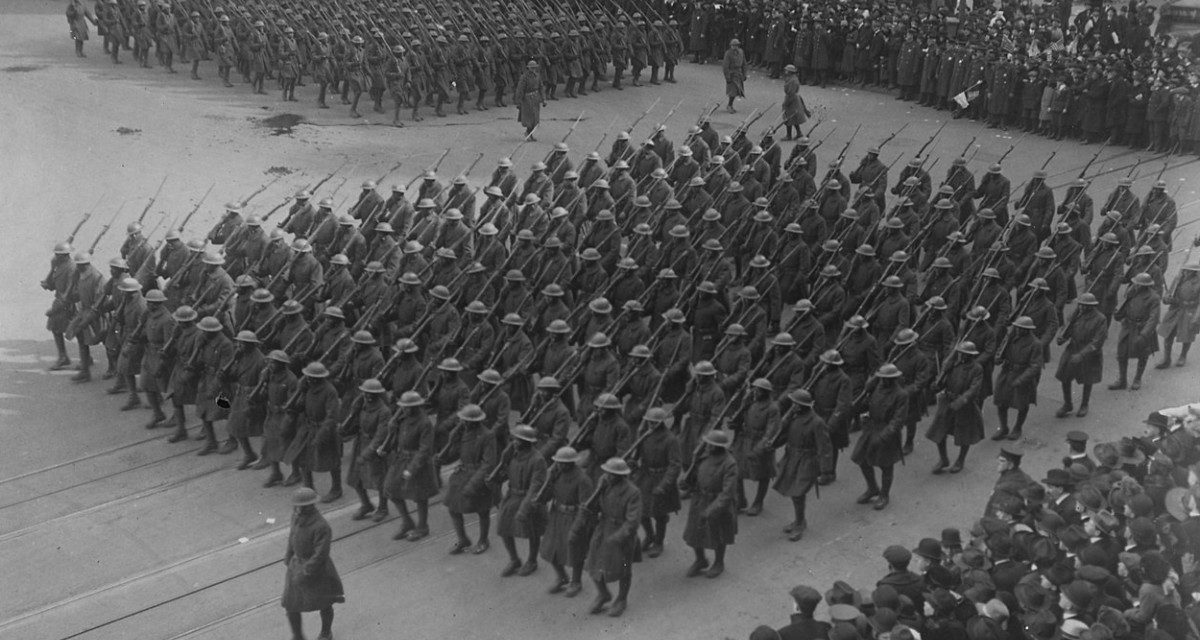 A century ago, on Feb. 17, 1919, the US Army’s 369th Infantry Regiment, nearly 3,000 African American soldiers and known as the Harlem Hellfighters, returned from World War I and marched up Fifth Avenue in Manhattan before hundreds of thousands of cheering New Yorkers. The Harlem Hellfighters weren’t supposed to be heroes, but they were among the “hyphenated” troops whose accomplishments demonstrate that the United States’ asymmetric advantage, in war as well as in peace, is diversity.

The 369th Infantry Regiment was part of the Army’s Rainbow Division, 27,000 troops from across the country quickly mustered after the US entered World War I in April 1917. Most of the division shipped out to Europe in August of that year; the Hellfighters didn’t arrive in France until late December. They had not been allowed to march off to war with the rest of their Rainbow Division because “black is not a color of the rainbow.”

American military leaders expected the troops of the 369th to be terrible soldiers. Like most black recruits in World War I, they weren’t intended to fight but to be manual laborers at the front. They were issued inferior uniforms and weapons, and then, in an emergency, they were transferred to the French army, whose officers were explicitly told to treat them as second-class soldiers.

Despite the discrimination and the disadvantages, the men of the 369th became one of the war’s most decorated and celebrated units.

Read the full piece in the Los Angeles Times.