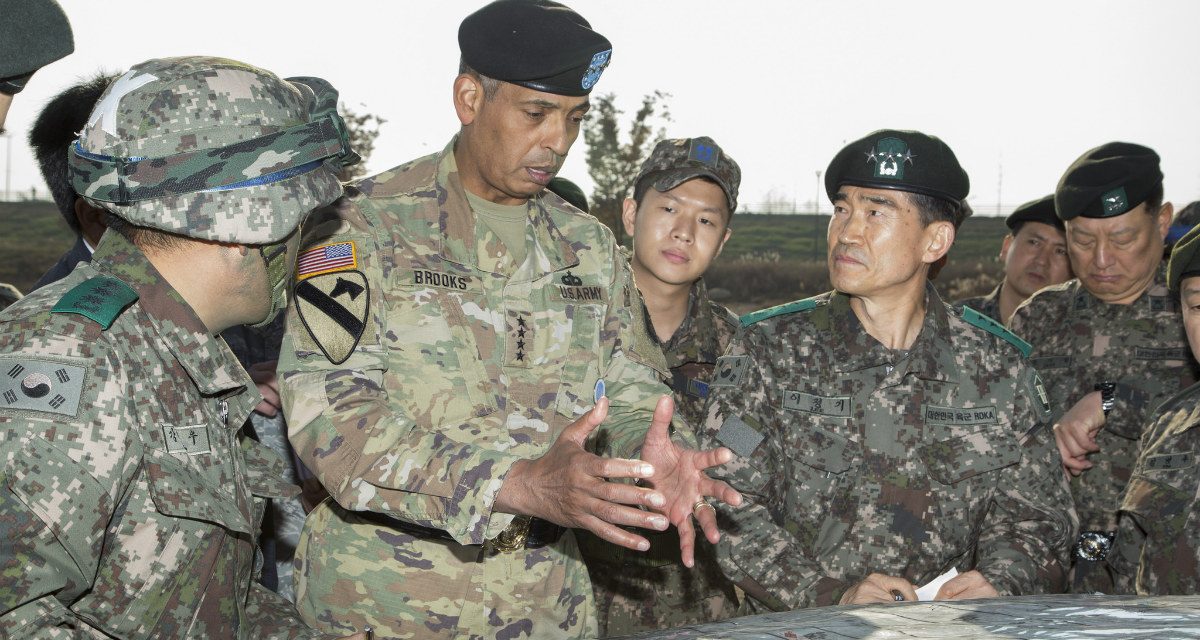 When President Donald J. Trump arrives in Seoul this week one topic almost certain to be on the agenda of his South Korean hosts is the future of the US/ROK Combined Forces Command. Largely a vestige of the Korean War (1950–1953) and its aftermath, the current command relationship between the two militaries is anything but straightforward. According to South Korean media reports, the Trump administration may already have signaled its willingness to go ahead with changes to the existing command structure during President Moon Jae-in’s visit to Washington, DC this past summer. To understand what’s at stake, it’s important to review key moments in the two countries’ shared military history.

Although there have been US military advisors in Korea as far back as 1884, the seeds of the modern US-South Korean security relationship were sown in the final days of the Second World War when the United States designated an occupation force, known as US Army Forces in Korea (USAFIK) to oversee the surrender of Japanese forces on the peninsula.

In August 1948, mere days after declaring the country’s independence, South Korean President Syngman Rhee signed an executive agreement authorizing the US Army to “organize, train and equip the Security Forces of the Republic of Korea.” In addition to these tasks, Rhee authorized the commanding general, USAFIK to exercise operational control of South Korean forces. The next year, following the departure of the last US combat forces from Korea in compliance with a December 1948 UN General Assembly resolution, these responsibilities were transferred to a new US organization, known as Korea Military Advisory Group (KMAG). Although officially only tasked with advising the Republic of Korea (ROK) Army, KMAG personnel stationed at the front actively participated in the South’s defense following the North Korea invasion on June 25, 1950.

In July 1950, United Nations Security Council Resolution 84 authorized the creation of a unified command under the United States, known as the United Nations Command (UNC). (A previous Security Council resolution had already called on members to “furnish such assistance to the Republic of Korea as may be necessary to repel the armed attack and to restore the international peace and security in the area.”) As a result, countries wishing to assist in the defense of South Korea were asked to place their combat forces under the US-led UN Command.

However, because South Korea was not yet a member of the United Nations, a workaround had to be found for the ROK Armed Forces. On July 15, 1950, in order to clarify the status of South Korean forces in relation to the newly constituted UN Command, President Rhee formally transferred command authority over his country’s land, sea, and air forces to the UN Commander (at the time, Gen. Douglas MacArthur) for the duration of the present state of hostilities. The next day Rhee verbally instructed the South Korean military leadership to place themselves under the UN Command. This arrangement not only survived the war intact, but persisted largely unchanged until the late 1970s.

From Wartime to Peacetime and Back Again?

More than two decades after the cessation of hostilities and the signing of the Armistice Agreement, questions about the continued relevance of the UN Command led to the creation of a new combined command structure, known as the Combined Forces Command (CFC) in November 1978. As the warfighting headquarters, its purpose is to deter attack and, in the event of war, defend South Korea. Since its inception, the CFC has always been commanded by a four-star US general with a South Korean four-star general serving as his deputy commander. Under current US military practice, the US commander of the CFC is “triple-hatted,” meaning he also serves as commander of United Nations Command and of US Forces Korea (USFK). However, each of these organizations has their own communications channels and operational responsibilities. A truly binational headquarters, the CFC is staffed by both South Korean and US officers. Although the commander is American, the CFC receives strategic guidance and instructions from a US-ROK Military Committee comprised of senior US and South Korean defense officials.

Since the late 1980s, South Korean politicians have openly begun to question this arrangement. In 1994, Washington and Seoul agreed to new terms of reference which in effect “returned” all ROK Armed Forces to the South Korean government. However, in 2003, President Roh Moo-hyn (2003–2008) began calling for additional changes. The resulting discussion between the two capitals has often been couched in terms of a transfer of “wartime operational control,” though technically no such thing exists. Just as all US forces (including those in Korea) come under the Joint Chiefs of Staff in our National Military Command Structure (NCMS), the ROK forces come under the ROK Joint Chiefs of Staff under Seoul’s NCMS.

The procedures for wartime command are well established and known to both militaries. In the event that hostilities appear imminent, the commander of US Forces Korea would meet with the chairman of the ROK Joint Chiefs of Staff and together the two would advance the warning system until it reaches defense readiness condition (DEFCON) 3, whereupon each country would then assign its combat forces to the Combined Forces Command. As mentioned, the commander of CFC (by tradition) has always been an American. However, the overall strategic direction of forces in wartime would be managed by the US-ROK Military Committee which is made up of officials from both governments. The committee provides instructions to the CFC commander, whose responsibility it then is to carry them out.

For some time now, Seoul has wanted to reverse these command roles, by making the commander of the CFC a South Korean and his deputy an American. Efforts to reform the existing command structure gained traction during Donald Rumsfeld’s tenure as secretary of defense under the George W. Bush administration. In February 2007, US Secretary of Defense Robert Gates and South Korean Minister of National Defense Kim Jang Soo agreed to complete the so-called transfer of “wartime operational control” by April 17, 2012. However, in what would become the first of several delays, the two governments agreed in 2010 to postpone any changes until December 2015. In October 2014, plans for moving forward were once again shelved. This time, however, rather than give a date for the proposed change, the two governments instead agreed on a “conditions based” timeline.

Reforming the existing CFC organizational structure was a core campaign promise of President Moon Jae-in when he ran for office earlier this year. Since taking office in May, he has spoken out frequently about his desire to speed up the process of command reorganization, currently slated to take place sometime in the mid-2020s. Moon reportedly raised the issue during his visit to Washington this past June. In September, he used the occasion of the sixty-ninth commemoration of South Korea’s Armed Forces Day to once again call for an “early takeover.” He is unlikely to let Trump’s visit pass without yet another call for change. 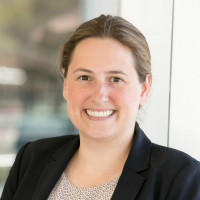 Sara Bjerg Moller is an Assistant Professor of International Security at Seton Hall University’s School of Diplomacy and International Relations and a Non-Resident Fellow at the Modern War Institute at West Point. Professor Moller’s current research examines the military effectiveness of alliances and coalitions in multinational conflicts.