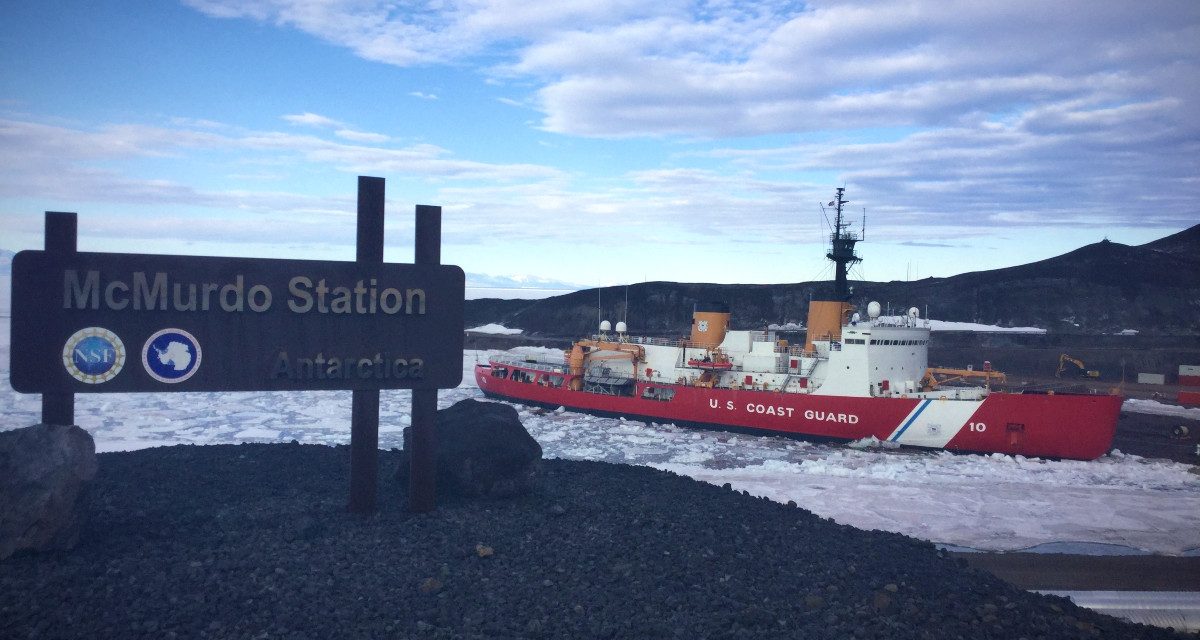 Two weeks into his administration, President Joe Biden delivered his first public speech on US foreign policy and national security. It covered a lot of ground and signaled the direction the administration intends to move—renewed focus on the value of alliances, reinvigorated support of nations that share our democratic ideals, placing front and center the shared security risks of global climate change, and a continuation of prioritizing answers to the unique challenges posed by China and Russia. Despite the absence of a direct polar reference in the administration’s interim national security strategy, emphasizing US interest and activity in the Arctic and increasingly the Antarctic furthers all of these goals and the means to do so is through keeping the foot on the gas of the Coast Guard’s Polar Security Cutter (PSC) program.

The Arctic and the Antarctic Are Not the Same . . .

As a starting point, it’s easy to conflate Arctic issues and needs with Antarctic issues and needs. In fact, though, the Arctic and the Antarctic share little in common, beyond being geographically isolated and really cold, and thus really challenging to operate in. The operational Arctic is comprised largely of ice, although there is certainly some land, all with sovereign masters. And while there are several multilateral arrangements in place in the Arctic, such as the Arctic Council, there is no overarching treaty system like there is in the Antarctic, which also differs from the Arctic in that there is a large swath of nonsovereign land to contend with.

. . . But Presence Matters for Both

What the two regions share in common though is that in the high latitudes, presence equals influence. While undersea and aviation resources can certainly help provide that presence, the Department of Defense services, through the promulgation or pending promulgation of several updated strategy documents, and the announcement of forthcoming joint exercises, have begun to signal an evolution in their default thinking that undersea and aviation resources by themselves may not provide sufficient coverage. This recognition is a long time coming and helps answer for admittedly somewhat cynical conclusions that DoD perhaps wasn’t particularly fully committed to defending the US Arctic using surface vessels and shoreside support infrastructure, because of its status, in some contexts, as a supporting entity to the Department of Homeland Security, and specifically the US Coast Guard.

Thus, after years of neglect, the United States lags behind its strategic rivals, China and Russia, in polar capabilities. Russia’s icebreaker fleet dwarfs that of the United States. Without aggressive US shipbuilding initiatives, China’s soon will. Russia continues to prioritize its Arctic capabilities and Arctic infrastructure footprint, far outpacing parallel efforts in the United States, and is poised to take a leadership role in the Arctic Council next month. In the Antarctic, while McMurdo Station is arguably the most capable installation on continent, China has five times as many outposts and perhaps larger designs on the continent beyond the mere authorized research contemplated by the Antarctic Treaty System.

The relative lack of United States Arctic and Antarctic icebreaking capacity and infrastructure will become increasingly important as global climate change allows for easier access to both regions. In the Arctic, in particular, this ease of access means more competition for resources that were previously inaccessible or prohibitively costly to acquire, like hydrocarbons, rare-earths, and even fish; inherently valuable staging locations; undersea telecommunications cable placement; and of course more shipping of every conceivable type.

Polar Security, Space Security, and the US Coast Guard

Perhaps most interestingly though, increased access to the high latitudes of the Arctic and Antarctic means an increased ability to uplink and downlink information from space assets operating on polar orbits. Polar orbits have unique value in that they provide a high vantage point to “see” the entire world.  This makes satellites in such orbits extraordinarily useful for environmental and climate monitoring and defense surveillance, reconnaissance, and other intelligence purposes. In short, better access to the Arctic and Antarctic coupled to the rapidly developing space boom may result in a powerful synergy that could serve as a means to further shake up the existing world order. China, for its part, likely recognizes this, which may help explain the presence of one of its research stations in the isolated expanse of the center of the Antarctic continent. While this location does provide some terrestrial scientific research value it also provides a nearly optimal location for astronomical observation, including of those satellites in polar orbit.

Thus, as the Coast Guard continues to advance its PSC program, and other short-term and perhaps more long-range acquisition actions intended to develop and build US polar security capabilities, it should seriously consider how those vessels are kitted out to support US Space Command. And the Coast Guard and the Space Force should begin planning for this now, as both the PSC program and the Space Force are building momentum.

Here’s why. The Coast Guard’s value proposition has long been linked to its multi-mission flexibility. For over 150 years, Coast Guard cutters have essentially served as floating bases, especially in the hard-to-reach polar regions. These ships not only provide extraordinary maritime governance capabilities including in the execution of search and rescue, law enforcement, scientific research, and environmental protection missions, but if necessary can conduct more defense-oriented missions, as they have historically done.

This is because in addition to its many other statutory responsibilities, the Coast Guard is an armed force and military service at all times. And, while the service is known for its ability to transfer to the Department of the Navy in certain contexts, it is not this transfer authority that makes the Coast Guard a part of the military.

Indeed, the Coast Guard has six patrol boats assigned to the US Central Command area of responsibility (AOR) right now, and has had them chopped there supporting national defense objectives since 2002. Coast Guard cutters regularly deploy to the US Indo-Pacific Command AOR under the tactical control of the combatant commander there and essentially make up the bulk of US Southern Command’s surface forces, and have for years. Further, the Coast Guard also supports US Africa Command not infrequently. This is of course, to say nothing of the Coast Guard’s role at US Cyber Command or as a member of the intelligence community.

The Coast Guard’s unique status, broad authority to team up with other federal agencies, and its conscious decision to trade hard-power punch for multi-mission flexibility makes it an extraordinarily important piece of the United States’ twenty-first-century national security mosaic.

The polar regions certainly appear to be of expanding relevance in the era of strategic competition, so like the Federation starships of the fictional Star Trek universe, Coast Guard cutters operating in these regions need to be built with the operational flexibility in mind to be able to do it all—governance, science, diplomacy, and defense. This means bleeding-edge technological capabilities, including C5I and satellite uplink/downlink capacity; autonomous aircraft, surface, and subsurface tools; and space, weight, and power to reasonably up-arm, if necessary. This flexibility to up- and down-arm is especially important because the Antarctic Treaty System limits certain activity in the Antarctic region and these cutters are expected to operate both north and south.

It’s time to think big on the PSC program and any follow-on or related acquisitions program, because if the United States is going to compete with its strategic rivals in the high latitudes, it needs the tools to do so. The growing support for the PSC is a great first step, but it’s got to be the right tool for the right job—and that means fully capable to operate across the vast majority of the competition continuum in the Earth’s most challenging environments. This includes being able to support US Space Command in its critical mission of securing the heavens from those who would use them to harm the United States.

Michael Sinclair is a captain in the US Coast Guard and a federal executive fellow at the Brookings Institution.

The views expressed are those of the author and do not reflect the official position of the United States Military Academy, Department of the Army, or Department of Defense, or any organization with which the author is affiliated, including the US Coast Guard and Department of Homeland Security.