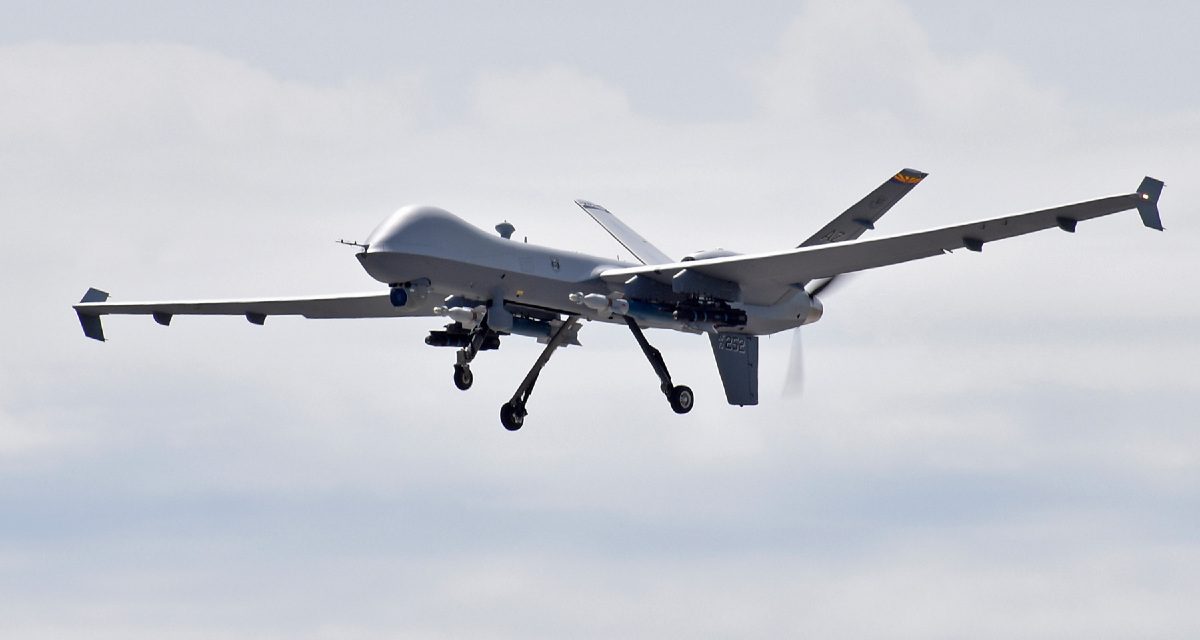 In the past two decades, armed unmanned aerial vehicles—or drones—have emerged as a principal tool for US counterterrorism efforts across the globe. The Bush administration initially adopted drones for the targeted killing of terrorists; the Obama administration expanded this practice; and the Trump administration further institutionalized it. The initial evidence, including the botched strike in Afghanistan in August 2021 that killed ten civilians rather than a suspected terrorist, suggests that the Biden administration will maintain the status quo for drone strikes abroad. Indeed, Biden’s “over-the-horizon” counterterrorism strategy is based on remote warfare technologies, particularly drones, to respond to threats around the world without US boots on the ground.

Although US officials celebrate drones for their precision, viewing them as an attractive “cure-all for terrorism,” recent investigations by the New York Times highlight the considerable harms they have inflicted on civilians. According to data from the Bureau of Investigative Journalism (BIJ), the United States has conducted more than fourteen thousand strikes in Afghanistan, Pakistan, Somalia, and Yemen since 2002. These strikes have killed as many as seventeen thousand people, including up to 2,200 civilians. For some experts, these consequences indicate the need “for a clean break with a failed approach.”

The harm to civilians is clear. Yet the overall casualty figures obscure important variation in the targeting standard for US strikes across successive presidential administrations—variation that directly translated into the number of civilian causalities. Our recent analysis of US strikes in Pakistan during the Obama administration shows that operations eventually evolved to “near-unerring accuracy.” This led to commensurately lower risk of civilian harm during strikes, without appearing to incur a greater risk of terrorist attacks against the United States. The Obama administration’s targeting standard, therefore, provides a potential precedent for the Biden administration as it seeks to balance the need to target suspected terrorists with the responsibility to protect civilians.

Pakistan: From “Reasonable” to “Near” Certainty

By 2009, the Obama administration had dramatically expanded US strikes in Pakistan to the degree that it conducted three times as many strikes in its first two years as the Bush administration conducted during its entire second term. The surge in strikes was matched by a dramatic increase in civilian casualties, which, according to our analysis of the BIJ data, amounted to three civilian deaths per strike. In the face of public outcry from nongovernmental and international organizations such as Amnesty International and the United Nations, Obama implemented a policy to minimize civilian casualties following US strikes in undeclared theaters of operations, especially Pakistan. Whereas the Bush administration privileged a standard of “reasonable” certainty of no civilian casualties during strikes, Obama recalibrated strike approval to a more stringent “near” certainty standard.

Critics argue that the change had little impact. The civil liberties attorney Jameel Jaffer, for example, argues that the Obama administration’s “stricter limitations on drone strikes seems to have had an effect only at the margins.” But these claims are based on the assumption that Obama implemented the near certainty standard on May 23, 2013, which coincided with a major foreign policy address at the National Defense University in Washington, DC. Instead, our interviews with policymakers suggest that the near certainty standard was operationalized two years before Obama’s announcement. Using the actual date of policy implementation—rather than its public disclosure—allows us to more accurately estimate the effect of Obama’s near certainty standard.

In fact, our new research shows that civilian casualties during US drone strikes in Pakistan declined dramatically soon after the Obama administration’s shift to the near certainty standard in 2011, two years before its public acknowledgement. We estimate that the adoption of more restrictive targeting protocols resulted in a reduction of twelve civilian deaths per month in Pakistan to one or less. The policy resulted in a near total elimination of civilian casualties while enhancing the precision of strikes—the proportion of deaths from a strike that were combatants—to the point that they increasingly killed only the intended targets.

We also use a simulation to estimate that the policy averted several hundred civilian casualties during US strikes that would have otherwise occurred between 2011 and 2017. We use this finding to calculate, for the first time in the drone scholarship as far as we know, a Value of Statistical Life (VSL). Often used by economists, especially those attempting to determine the human toll of pandemics such as COVID-19, the VSL represents the “local tradeoff rate between fatality risk and money.” We find that the averted civilian casualties represented a gain of 80–260 million US dollars in Pakistan. In addition to the social and political outcomes of US strikes, our analysis suggests that the Obama administration’s near certainty standard also led to important—and neglected—economic implications.

Today, civilian casualties from US strikes have once again taken center stage in the foreign policy debate. In January, Lloyd Austin, the secretary of defense, ordered the military to develop a Civilian Harm Mitigation and Response Action Plan. In addition to integrating recommendations from studies previously commissioned by the Pentagon, this plan should consider incorporating several policy adjustments suggested by our analysis.

First, the heightened political scrutiny afforded by the near certainty standard can allow US officials to capitalize on the anticipated dividends of drones in undeclared theaters of operations. These consist of reducing battlefield risks to both soldiers and civilians while effectively targeting terrorists. Importantly, this does not seem to come at the cost of US national security. The Obama administration’s adoption of the near certainty standard did not expose the US homeland to terrorist attacks emerging from Pakistan.

Second, the economic implications imposed by civilian casualties during US strikes suggest that officials should seriously reconsider compensation to victims’ families. According to one report, for instance, the US military made seventy-one condolence payments to victims’ families in Afghanistan and Iraq in 2019, the highest of which was thirty-five thousand US dollars. Even at the low end of our VSL calculation, these payments dramatically shortchange victims’ families and may further contribute to the grievances that fuel political violence.

Finally, conditioning strikes on a near certainty standard in declared theaters of operations, such as Afghanistan and Iraq, can further protect against civilian casualties as well. Doing so may impose difficult trade-offs between military necessity and noncombatant immunity, forcing military officials to recalibrate the balance between protecting soldiers and civilians when striking targets. In terms of reducing civilian deaths from US counterterrorism drone strikes, however, our research is clear: no such trade-off exists.

Paul Lushenko is a lieutenant colonel in the U.S. Army, doctoral student at Cornell University, and coeditor of the recently published volume, Drones and Global Order: Implications of Remote Warfare for International Society.

Shyam Raman is a doctoral student at Cornell University and an associate health economist at MITRE.

Sarah Kreps is John L. Wetherill professor of government and director of the Tech Policy Lab at Cornell University.