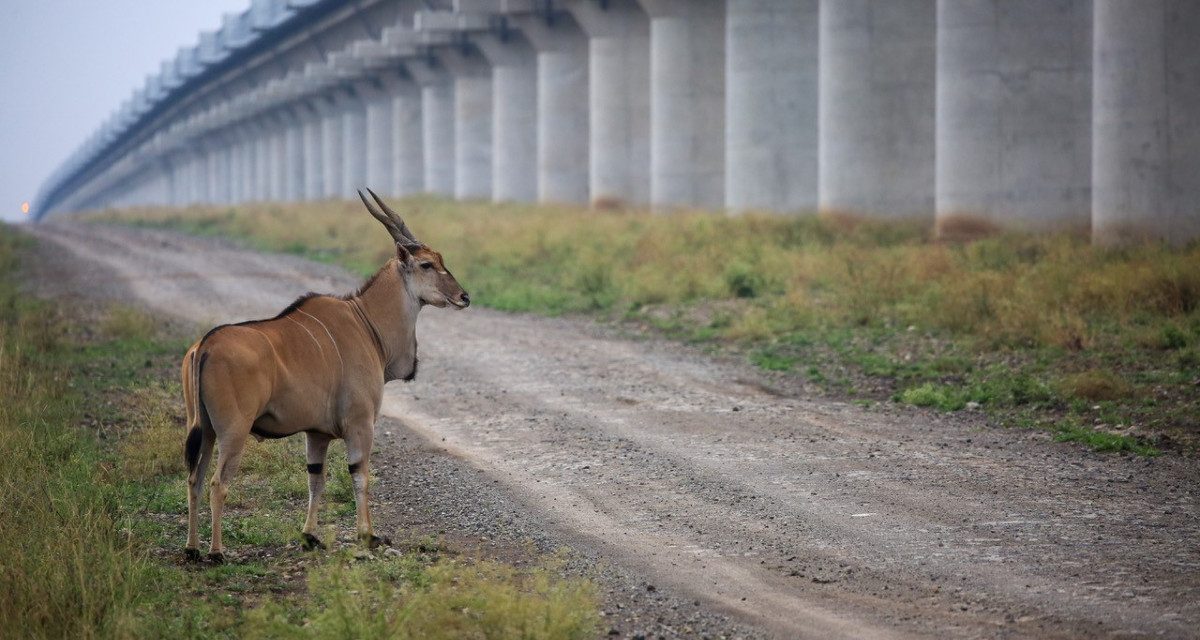 Editor’s note: This article is the eleventh in a series, “Full-Spectrum: Capabilities and Authorities in Cyber and the Information Environment.” The series endeavors to present expert commentary on diverse issues surrounding US competition with peer and near-peer competitors in the cyber and information spaces. Read all articles in the series here.

The US Department of Defense has long regarded Africa as a difficult operating environment in which to conduct information and cyber operations. While over a half a billion people across the continent access the internet monthly, the relative percentage of internet penetration remains the lowest in the world at just 40 percent. In addition to low internet penetration rates, other forms of media such as newspapers or television are expensive, while phone and internet lines are underdeveloped across a significant portion of the continent. This leaves much of the population to rely on hyper-local radio broadcasts in hundreds of dialects as their main sources of information.

China has long had its eyes on building a presence in Africa and over the past decade its footprint has become increasingly prevalent. The international headlines about debt-trap diplomacy, the Belt and Road Initiative infrastructure development, and leadership summits between Chinese President Xi Jinping and African leaders grab attention. Although facing the same information environment challenges as the United States, China has successfully monopolized the headlines through its massive economic investments across the continent. For the international news media this is at little or no cost to China. Locally, China is investing heavily and working to drive the narrative as well. For example, driving across Nairobi, there is no shortage of billboards advertising China Global Television Network standing alongside overtly advertised construction projects funded and managed by the Chinese Communist Party. In many urban markets, Chinese goods sold by Chinese nationals are ubiquitous. Almost every mile of road construction currently taking place is overseen directly by at least one worker sent from China. The pervasive Chinese presence throughout the African continent puts China at an advantage—not just within the online information environment, but also as an integral part of the African fabric.

China’s reach across Africa using the Belt and Road Initiative has just as much to do with its information infrastructure as it does with its physical infrastructure. In 2015 China launched the Digital Silk Road as part of the initiative and by early 2020 it was assessed that China had provided more financing for information and communications technology in Africa than all multilateral agencies and leading democracies combined. Chinese influence in the information environment is not simply riding on massive numbers of Twitter accounts, bots, and carefully placed news coverage on local channels, but is built on a sustainable, holistic approach with presence and control spanning the entire African continent. From training reporters to running massive international new outlets, Chinese influence in the media can be found everywhere. China’s media infrastructure in Africa has the potential for increased direct control as well. Reporters Without Borders recently published a report outlining how Chinese media outlets worldwide are beholden to the country’s authoritarian leadership. The media’s lack of objectivity can often be found carrying over to international messaging to bolster the overarching Chinese information strategy.

China’s emphasis on development is typical of its foreign policy approach in developing countries. Building a global information network serves Beijing’s economic, security, and diplomatic goals by inaccurately reporting on topics that could harm China’s political and economic relationship with the countries concerned. Foreign investment allows China to use its media and messaging apparatus to amplify infrastructure development efforts in Africa while covering up the many negative aspects of its own internal affairs. China’s approach has supported the narrative in Africa that the Chinese are good partners for investment and infrastructure, while also ignoring the many real problems that the Chinese Communist Party could present if African nations are brought closer to its authoritarian style of leadership.

China’s information, communications, and technology investment abroad also allows for increased opportunity for companies such as Huawei to corner African markets. Huawei 5G phone networks and equipment have a reputation for being cheap and robust and because the company has long been investing in remote areas it has become an indispensable partner for many governments. Despite Western moves to interfere in the use of the Chinese mobile giant, many African countries continue to embrace it. Additionally, undisclosed terms within the memorandums of understanding between China and many African nations create increased opportunities for filtering, content moderation, data localization, and surveillance by China within the 5G and television networks. In Zambia for example, Huawei reportedly provided technology to the country’s increasingly authoritarian rulers to spy on political opponents—a technique that has been reportedly used within the government of Yoweri Museveni during recent Ugandan elections as well. China has cornered the market in Africa as the largest investor in physical and communications infrastructure, which means it is now in a stronger position to dictate and influence Africans’ and African governments’ perceptions of and partnerships with China as a whole.

The United States should not and cannot compete against China in the African infrastructure competition. To compete against China in Africa, the United States needs to think asymmetrically about disrupting China’s intended political, financial, and resource control of the continent. This disruption must happen in the information environment. The United States and Western democracies stand to lose much of what has been gained over the past half a century should the United States fail to recognize that a significant portion of any “battle” is won through messaging and persuasion. The US intent in Africa must include convincing Africans and their leaders that in the ideological struggle between democracy and authoritarianism, democracy wins.

US efforts in Africa should reflect how information operations (IO) is not simply a supporting line of effort. Instead, IO in Africa must be centered and funded as a main effort in great power competition. The United States should consistently argue that democracy is better, free markets are fairer, and human rights are protected through good governance and building a strong resistance to instability. The United States influence and information mission in Africa should clarify for African leaders that partnering with or choosing China over the United States is not the best long-term strategy. Instead, US messaging must state that with good governance and anticorruption measures comes greater opportunity for investment from the West without the same strings attached as investment from China. For US strategy to gain the advantage, financial resources should be allocated to conduct IO, and the forthcoming National Security Strategy must also dedicate language to this effort. Although the Interim National Security Strategic Guidance document issued by the Biden administration does highlight IO domestically, clear language identifying the international threat is needed and should be incorporated into the final strategy. To adequately compete in this asymmetric competition, the United States must invest in information capabilities, promote the United States as the strategic partner of choice, and invest in African development while continuing to engage diplomatically and through partnership building on the ground.

Recommendations for the US Government

The United States is not going to replace China in Africa, but what the it should do is ensure that African countries be, at a minimum, agnostic, but ideally, pro-US. For attitudes toward the United States and US investment to change, the US government must place strategic communications, IO, and other elements of soft power in a leading role in our national security strategy. To achieve results, we recommend the following:

Flood the information environment with real-world examples of what could happen should African nations continue to saddle themselves with debt and exploitation from China. This messaging should include examples of human-rights abuses in mainland China, racism by Chinese workers, generations of debt that will be endured due to the massive loan burden, and examples of resource exploitation happening across the continent. US messaging should highlight the negative aspects of long-term partnerships with China to dissuade an overreliance on Chinese investments. Simultaneously, the US government needs to make the argument that the United States, and democracy, is the desired way forward for robust, fair, and stable nation building.

Invest in Africa. This includes identifying and supporting key partnerships, highlighting our significant humanitarian efforts in the region, and providing financial incentives to make both private and public investments in African information, communications, and technology. As investments are being made, the US government must be transparent and model behavior that is representative of a free and fair media while highlighting to the African population the benefits of democracy and partnerships with the West.

Invest in a coherent US government IO structure to support efforts required to compete in the information space. The US Agency for Global Media (USAGM) could serve as its initial foundation, but the agency’s mandate and authorities must be expanded to coordinate across the US government and not just include overt US messaging efforts but also enable support to local partners with the ability to convey the US shared narrative authentically. Additionally, USAGM should help build capacity of local media personalities to gain the support of local populations. To do this, the United States should equally invest in adequate technology and a cadre of personnel with robust training and career development to compete in the information environment. This investment should include Department of State public diplomacy, military psychological operations, and the intelligence community.

Proactively expose the truth. Do not let disinformation and misinformation get in the way and go unchecked. The United States should control the narrative and not be afraid to call out instances where the Chinese government is placing pressure on local and national leaders and decision makers. Narrative control can only happen via a nimble, timely, and centralized national-level effort that coordinates messaging across USAGM, embassy public diplomacy, and military information operations efforts.

The United States should not try to play catch-up in the battle for who can build the most infrastructure in Africa. To prevail in great power competition, the United States must think asymmetrically, prioritize the information environment, and promote its brand of governance as the future. The competition between democracy and authoritarianism can only be won by setting this example and making the case to developing countries that the United States is who they want to emulate and choose in the competition between great powers. This must be done by showcasing our strengths, our resolve, and our democracy—and through domination of the information spaces.

Tara Heidger is a current Special Operations Command-Africa reservist and former active-duty psychological operations senior noncommissioned officer. As a civilian she currently advises US information and influence strategy in Africa. Tara is a recent graduate of Columbia University, where she earned a dual master’s degree in international affairs and urban planning, studying the intersection of East African development and conflict.

Retired Colonel Victor Garcia was the chief of information operations at both the US Special Operations Command and at US Central Command. He also has served in infantry, psychological operations, and information operations assignments, including deployments to Liberia, Iraq, Afghanistan, and Qatar. He is a graduate of the US Military Academy and holds a master’s degree from the US Army War College, where he studied national security studies.

Image: An eland stands under the Standard Gauge Railway—a part of the Belt and Road Initiative—which passes directly over the protected Nairobi National Park. It has been constructed at a cost of about 1.5 billion USD financed by the Exim Bank of China and the government of Kenya. (Credit: Roman Cioma)