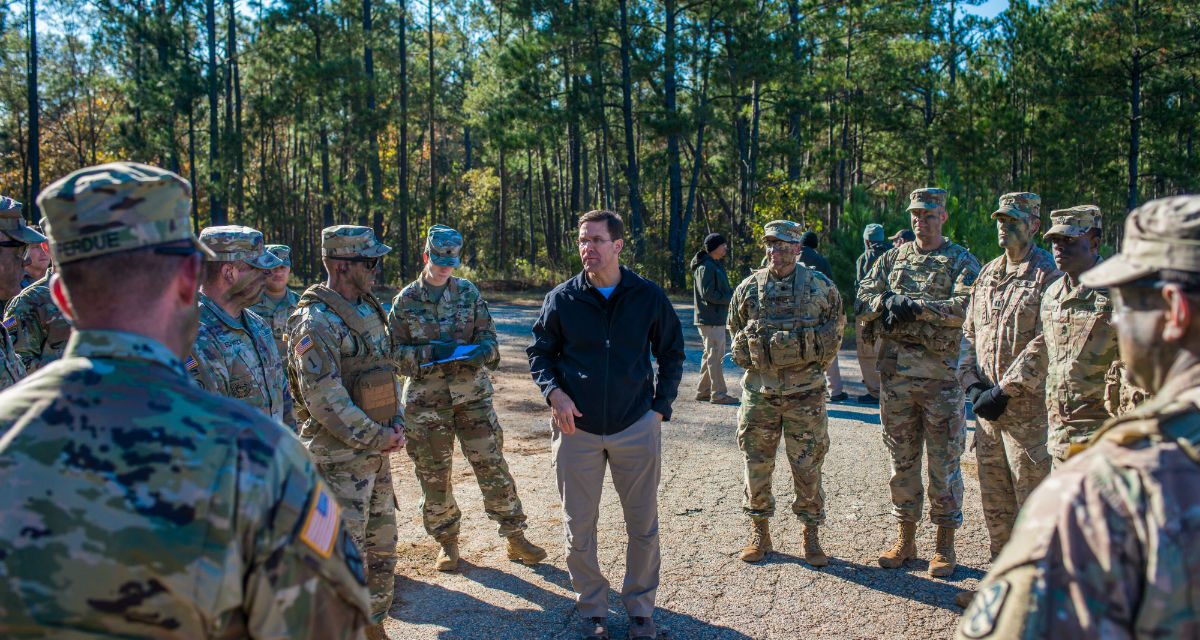 A major thrust to change the way the Army conducts talent management is underway. Most would agree that there are clear benefits deriving from informed, thoughtful change, and it is incumbent on professionals in learning organizations to improve how they do business. As officers who have served at Human Resources Command for the last two years, the push for Army talent management reform is personal for us.

Before arriving at HRC, we sometimes experienced—like most Army officers—frustration with what sometimes feels like a bureaucratic, clunky assignments process. But the past two years have given both of us a greater appreciation for the myriad assignment considerations in our enterprise and the value that they bring. We believe that there is always room for improvement. However, responsible reform is critical as the Army considers the future of talent management. Our experience has led us to three conclusions that—if the Army is to optimize readiness and prepare itself to fight and win tomorrow’s wars—should inform the process of reform.

Human nature is inherently self-interested. This self-interest does not simply disappear because service members pledge an oath. Often, officers quite naturally prefer an assignment based on location alone. Is it a surprise that an officer might want to be close to family, to have a chance to travel around Europe, or to live a short walk from a Hawaiian beach? As such, checks and balances that place service first must exist in the assignments process. While our system should make every effort to match individuals with opportunities to make them as competitive as possible, it is how the Army does the matching that matters. An honest broker must still consider the totality of assignment variables and orient officers on professional development considerations and what is best for the soldiers they will lead. That will always take the Army beyond a focus on preference alone.

With concerns about retention and falling short of recruiting goals, the temptation to give people what they want is real. But leaders must assume that officers want to be a part of something bigger than themselves, and that is what attracted them to the Army. The most talented officers often perform under the worst possible circumstances—or at a minimum, circumstances they would not have chosen—and strengthen their character as a result. As retired Gen. Martin Dempsey has explained, “chaos” is an instrumental component of leader development, and while not getting a preferred assignment might not qualify as chaos, officers who are exposed to and succeed in a variety of roles and environments are an undeniable asset to the Army. Assignment officers do not always get it right, but even when they get it wrong, it is usually the officers with the most “grit”—not just the most talent—that thrive and win.

After the Battle of Gettysburg, many officials in President Abraham Lincoln’s administration wanted Gen. George Meade replaced. He had been too timid in pursuing Robert E. Lee, they argued. Months later, when Grant assumed command of all Union armies, Meade, sensitive to the building political pressure, told Grant that he would give up his command in favor of any officer Grant might want to appoint and serve in any theater to which he might assign him. Impressed by his selflessness, Grant resisted the pressure to relieve him as commander of Army of the Potomac. His reasoning was simple: “It is men who wait to be selected, and not those who seek, from whom we may always expect the most efficient service.”

The Army should be careful to preserve this service ethic. It is an important pillar of the profession, and it is central to the Army’s purpose: to fight and win the nation’s wars.

A strand of conventional wisdom suggests that market forces will lead to better talent management in the Army—an approach similar to Moneyball, the story of how the Oakland Athletics generated on-field success despite a small budget by making decisions based on algorithms and data collection. But few would argue against the notion that markets require at least a minimum of regulation to avoid calamity. Markets are useful, but they are imperfect on their own as Army talent management mechanisms and require oversight in guaranteeing an effective officer corps instead of just an efficient one.

Approximately one million soldiers make up the active and reserve components of the Army, which needs to optimize and engage all of the Army’s nearly 175,000 officers and warrant officers. One proposed system would only centrally manage the top 10 percent and bottom 15 percent of officers, while giving units greater latitude to select the officers assigned to them. The risk, however, is that it could marginalize average officers, to say nothing of the impracticality and enhanced workloads of units not staffed to interview candidates for every vacancy they must fill. Assuming units and officers input data unique to them, the Assignment Interactive Module 2.0 (AIM) has the potential to improve transparency and inform decision making even more than it already has, particularly for enterprise-level assignments. An assignment officer arriving at HRC three years ago would have managed job preferences via email and spreadsheets. That has changed dramatically with AIM 2.0, a big-data, real-time interface that enhances details about assignments and the officers available to fill them. Even with these improvements, leaders should take caution in executing under a framework that allows for every assignment to be a by-name request. If AIM 2.0 produces a match based on unit and officer preference, it should not simply make an assignment decision a fait accompli—preference does not always equate to optimizing the value of an officer’s “knowledge, skills, and behaviors” to the Army. That is where human judgment plays an invaluable role.

There is nonreplicable value in the human interaction between an assignment officer, the population he or she assigns, and those officers’ leaders—phone calls, emails, and face-to-face contact that are so important to capturing the intangibles and getting an assignment right. While developing proposals for reforms, Army Talent Management Task Force leaders should consider embedding with assignment officers during a manning cycle to ensure the value of those interactions is preserved. Assignment officers make data-rich, qualitative decisions from an enterprise perspective and maintain deep knowledge of their officers—and the Army should expect that of them. As professionals, they have the judgment to use data sets to inform their decisions, which usually have unique personal and family considerations at play.

Moneyball was a success story, but it tells the story of only one of the pillars on which the Oakland Athletics’ success hinged. An equally important reason the team performed so well was “because they had a core of high-ceiling talent identified by their scouts”—because people within the club had an intimate knowledge of players, their particular talents, and the contributions they could make to the organization.

More important than grooming the next Eisenhower is first guaranteeing warfighting expertise. Success in the next great conflict is not guaranteed; rather, it requires preparation, repetition, practice, and even a willingness to learn from failure. As a case in point, combat training centers bring graduate-level complexity that challenges and enhances critical-thinking skills. The Army needs talented leaders to serve there, perform well, and teach others. An assignment there offers a powerful and unique opportunity to grow as an officer and develop the skills the Army needs. And yet many officers would prefer to avoid such an assignment. The best initial investment in a strategic leader’s education is his or her tactical and operational grooming. This education yields a tremendous return when that same leader is not only in a position to make strategic decisions that impact soldiers’ lives, but to make them with a higher degree of empathy and understanding.

Assignment branches find ways to enhance operational and strategic opportunities for top performers; these decisions are deliberate and involve dialog with an officer’s leadership. In fact, career planning is integral to talent management. Future strategic thinkers will be prepared because of this system, not in spite of it. Yet, these same strategic leaders will only comprise one-half of one percent of the officers who now serve in the Army. With this in mind—and hedging against tactical and operational risks in the next war—the Army must continue to prioritize the key and developmental experiences that empower leaders to bring their wisdom and judgment to the fight.

Any proposed reforms must account for the importance of existing manning infrastructure to mobilizing against an existential, great-power threat. Mass mobilization efforts during the Civil War, World War I, and World War II all suggest that industrial-scaled citizen enlistment and power projection were decisive. Dismantling the tools to do so by placing exorbitant organizational energy on unit interviews, markets, and identifying specific knowledge, skills, and behaviors places at risk the infrastructure that will allow the Army to scale quickly when necessary.

Accounting for the ability to rapidly expand in future great-power conflict is vital. Preferences will always be an assignment consideration, but an overcorrection of a career planning paradigm currently centered on warfighting risks readiness.

We Must Get This Right

A satisfied workforce is an important objective, but a new talent management system cannot serve its purpose if it is solely about personal assignment satisfaction. It must prepare our Army to win decisively in the next war, conceivably against an enemy with more relative capability than any faced in our nation’s history.