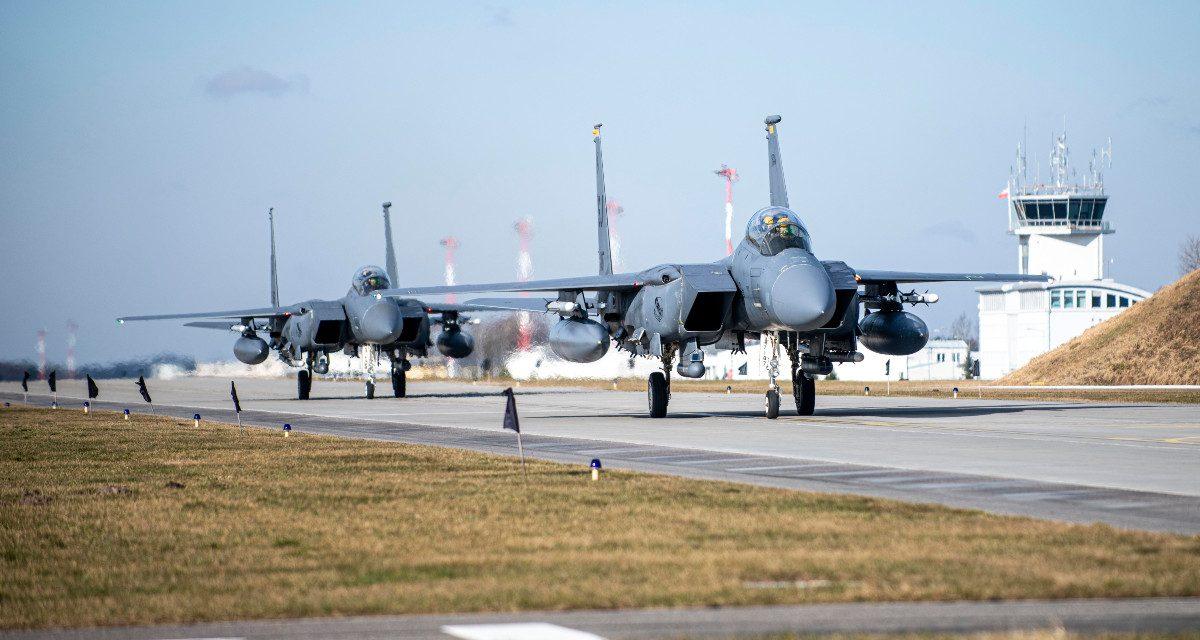 As the world sees the impact of Russian aggression in Ukraine, and particularly the wanton slaughter of civilians by Russian forces, European and American audiences are searching for a way to put additional pressure on Russia to end the war. Sanctions, despite their undeniable effect on the Russian economy, are insufficiently instantaneous and emotionally unsatisfying. And so like the title monsters in a bad zombie movie, the no-fly zone has become the idea that will not die. In this fantasy story, the no-fly zone has become a method of mitigating the effects on civilians while supporters of the idea cling to the pretense that it “might” not escalate or, in one particularly inexplicable falsehood, that “a no-fly zone would not make NATO a direct combatant.” Views like these are a dangerous fantasy, and serve only to obscure the three central facts about a no-fly zone option in Ukraine: a no-fly zone is inherently escalatory, it will have little effect in protecting Ukrainian civilians from attack, and it is likely to be ineffective militarily. Instead, the no-fly zone is about the worst way for NATO to enter the war on Ukraine’s side, delivering a risky and poorly matched airpower option in place of an appropriate use of airpower to smash adversary combat capabilities.

As Mike Benitez and I laid out two weeks ago, a no-fly zone operation is a use of airpower in which the US or NATO would inform the Russians that they will no longer be allowed to employ airpower over a specified geographic area. There is no bluff—a no-fly zone will and must be enforced, and that includes lethal force employed against Russian aircraft without warning. It also includes the necessary suppression of air defenses that could fire on NATO aircraft in the zone, even if those air defenses are outside Ukraine (which most of them are). No-fly zones are not peacekeeping operations. They are combat operations against a defined adversary and they are inherently escalatory—in this case they would signal a transition from a proxy war where NATO is only supplying weapons to the defending side to a war where NATO air assets are killing Russian soldiers and aviators. While much of the press tends to shy away from the bald reality that somehow airpower operations are a less damaging form of warfare, combat operations are all about killing people and destroying things, and airpower applications are no exception. I have personally been responsible for the deaths of Iraqi air defense officers in Iraq (one account can be read and watched here) under the auspices of Operation Northern Watch. It is completely fallacious to assert that a no-fly zone will not lead to an expanded conflict; by definition the establishment of a no-fly zone deliberately and unambiguously expands the conflict. There are no nuances—calls for a “humanitarian” no-fly zone are merely obscuring the reality by changing the name. All former no-fly zones were established for humanitarian reasons and they all involved the use of lethal force without warning.

Adding to the pile of reasons not to consider a no-fly zone is that it would clearly be ineffective at preventing civilian deaths. The Russian employment of airpower has not been the primary attack method against civilian targets, although the Russians’ reliance on imprecise air attacks using nonprecision munitions against civilian targets has certainly caused civilian casualties. The primary method of destruction employed by the Russians is artillery, long a staple of Russian military action and about the only part of the Russian army that is working well. Russian mechanized columns and supply lines are being hammered by Ukrainian forces using small-unit tactics and advanced weapons, leaving artillery as the primary source of Russian lethal fires. Indeed, this is typical Russian doctrine—in the Russian Ground Forces, artillery is the supported branch, meaning that the armor and infantry are there to support the artillery, not the other way around (as with most of NATO). If one can imagine a magic condition under which the Russians do not fly combat missions over Ukraine, civilian casualties would continue largely unabated because those deaths and injuries are not caused by airpower and cannot be interdicted by counterair methods. The Russians rely heavily on tube and rocket artillery, including long-range rocket artillery fired from Russian soil.

With that in mind, it should become clear that a no-fly zone would be ineffective in achieving the goal for which it was invented—protecting civilians from threat of attack. In Iraq and Bosnia, the adversary had no other practical method of attacking civilian targets at range—in Ukraine the Russians clearly do. It would also be a clear case of airpower malpractice, akin to the protective reaction raids in Vietnam, where fighter escorts attacked individual air defense batteries, but only after they had been fired upon. As it is, on the second day of the war, a Russian S-400 bagged a Ukrainian Su-27 flying over Kiev—a shot taken from neighboring Belarus at a range of around 150 nautical miles.  Essentially, the enforcement of a no-fly zone would place NATO aviators in a position where they were surrounded by air defenses that can reach out and touch them from the north and south, completely independently of any fighters the Russians might throw into the fight. That threat condition can lead to one of only two things: attacks on those air defense batteries or unnecessary loss of NATO aircraft and aviators who lacked the ability or authority to target assets that put them under threat.

One of the points that might get missed in the advocacy of a no-fly zone is the implications for the air bases involved. If combat missions against Russian assets are flown from NATO air bases, those air bases are immediately subject to Russian attack, and Russian operational doctrine makes it clear that long-range aviation and rocket forces will target those bases, along with their supply lines, ammunition and fuel stores, and command-and-control nodes. Ironically, Russian attacks on these targets would be completely in keeping with international law, as bases from which combat operations are launched are subject to legitimate attack.

While I don’t in any way advocate this step, the most appropriate and effective use of airpower against Russian assets in and around Ukraine would be to use the full range of NATO airpower in a deliberately constructed air campaign intended to destroy Russian forces’ combat capabilities, impair their logistics, attrit their forces in the field, and shatter their ability to deliver long-range fired on demand. That would be equally escalatory in that it would bring NATO into a war against Russia, but in a form where the military effects would be immediate, noticeable, and potentially decisive against a slow-moving force at the end of tenuous supply lines. In other words, if NATO elected to escalate, it should escalate smartly. Legally, there is no difference between the different flavors of combat operation and if NATO airpower is applied against Russia, the alliance should choose the option with the greatest chance of success.

At the end of the day, there is no credible way to assert that the no-fly zone is an option that is only potentially escalatory or that it would be effective in protecting Ukrainian civilians from attacks. As I pointed out during a recent episode of the Modern War Institute podcast, the establishment of a no-fly zone has only two possible outcomes. Either NATO fires the first shot at a Russian target in an expanded European war, or the Russians fire the first shot at a NATO target in an expanded European war. All other expectations are unrealistic, created by a misunderstanding of the available airpower options.