Inside America’s Post-Cold War Strategic Crisis: How the US Military Became a Discount Security Shop 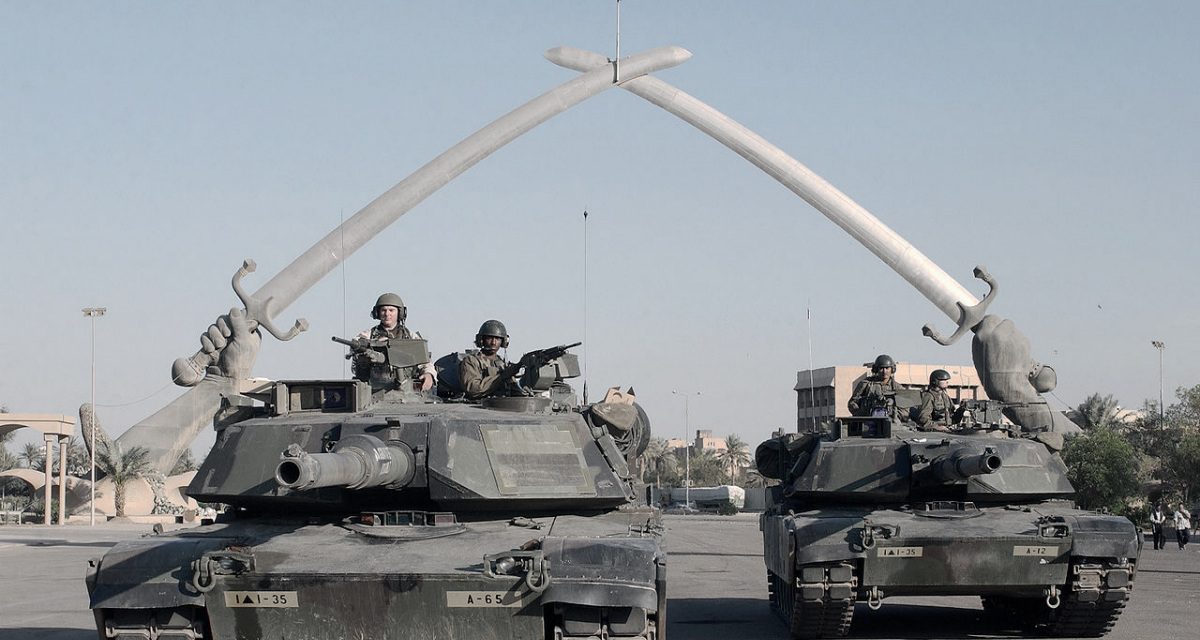 Editor’s note: This article is excerpted and adapted from a longer article, entitled “The Strategic Crisis in the American Way of War: A Global Discount Security Shop?,” originally published at The Strategy Bridge.

Every interregnum is fraught with risks and uncertainties, just like the current post–Cold War interregnum. The current crisis in the American way of war appears to be the culmination of numerous US strategic reorientations in which the US military has gone from being the bulwark and guardian of a benevolent superpower to a global discount security shop in the contemporary world. Broadly, the strategic reorientation has gone through three iterations, and along the way, the United States appears to have lost a center of gravity.

The first iteration was the pragmatist understanding of a world transformed typified by the George H.W. Bush presidency (1989–1993). Following the dissolution of the Soviet Union, the United States and her European allies spoke of a world transformed, but there was a sense of pragmatism and caution in their optimism. Bush, who was present at the creation of a world order with America no longer having a near-peer adversary, was explicit in articulating the importance of not claiming victory and not rubbing America’s triumph in the nose of the now-fallen Soviet Union. Bush believed it necessary to be graceful and magnanimous to all, especially if the United States was to maintain its military preponderance of power while capable of shaping global events with allied support in the future. Though seen as strategic blips, both the Persian Gulf War (1990–1991) and the humanitarian intervention in Somalia (1992–1995) were strategically significant.

Each of these American-led military interventions was sanctioned by the United Nations. In the case of Iraq, it was to stop the illegal annexation of Kuwait, a specific triumph of the global order the United States had primarily shaped. In the case of Somalia, it was a legacy building attempt by the United States to prevent human suffering in a failed state. Each intervention was informed by a broad consensus and a legacy that emerged in a post–World War II order. This order was founded on the attempt to alleviate the scourge of Europe, and create an international system in which interstate war was no longer an acceptable form of altering international boundaries. Territorial integrity and sovereignty triumphed.

Indeed, the notion of respecting legalistic interpretations of international boundaries has since held, with the exception of Crimea. This makes the 2014 Crimean annexation by Russia not an exception, but a systemic issue within a broader framework of international law and adherents to varying interpretations. If the Persian Gulf War was an affirmation of a pragmatist world order grounded in realism, then the US military intervention in Somalia was a moment of optimism, grounded in liberal internationalism. Though the mission in Somalia ended in failure, it reaffirmed the rule-based strategic vision, and in the United States and United Nations eventually withdrawing, pragmatic national interests also prevailed. These events also highlighted how the sovereignty of one nation, lacking a government, could have its territorial sovereignty violated because there was no Somali central government remaining with a capability to protest.

The second iteration was a period defined by the era of reluctant liberal interventionists during the Bill Clinton presidency (1993–2001). The Balkan interventions were symptomatic of this reluctant interventionist trend, but they were also conducted with a sense of realist pragmatism. The calculation of preventing Balkan state failure from spilling over to Europe and directly impacting core European allies at a time of transition was a major factor that drove the interventions. They were reluctant interveners in that without a strategic gain, in spite of criticism, there were no direct interventions in the many West African wars, genocides, and sundry other tragic circumstances that warranted interventions on humanitarian grounds.

But the tragic events of the terrorist attacks on September 11, 2001, and the subsequent series of American responses, had systemic implications, to include how the American way of war was waged. This post-9/11 world brought forth the third iteration, in which American foreign policy elites created a paradoxical marriage between liberal intervention and neoconservatives based on their firsthand experiences working through the first (Bush) and second (Clinton) iterations. This marriage still impacts the contemporary strategic dimensions in the American way of war. Neoconservatives, a group intellectually raised as Cold War warriors, believed in American power and primacy in a unipolar world and attempted to reshape the international order based on their new vision of a post-9/11 world. In that attempt, the neoconservative movement was willing to use the US military to ignore foundational norms and principles that had undergirded the international system—sovereignty, territorial integrity, and the veneer of legitimacy of multilateral institutions that provided some semblance of order in the international system.

Liberal internationalists supported the neoconservatives, since they were also hoping to reshape the world in their image, where humanitarian interventions could become an acceptable way of conducting diplomacy and warfare. The direct military outcome of this unusual marriage between neoconservatives and liberal interventionists, was to effectively turn the US military into a discount security shop spanning the globe—with direct US engagements throughout Asia, the greater Middle East region, the Horn of Africa, and increasingly the entire Sahel region. Turning the military into a global discount security shop also appears to have voided the strategic center of gravity, which is vital for turning tactical victories across the globe into a coherent whole, much less strategic gains.

The post–Cold War optimistic interregnum has been replaced with a complex global strategic environment. While most scholars, practitioners, and strategists will wax iconoclastically about getting American strategy back on track, their suggestions do not scratch the surface of systemic issues. The foundational problem lies with American society and how the political system has pursued short-term gains due to shortened time horizons of political survival, making the American preponderance of power in the long term look increasingly inverted and defunct.

As the United States continues functioning without a strategic center of gravity, political dysfunction, the growing civilian-military divide, and a complex global strategic environment necessitate comprehensive reform and reorientation toward maintaining an international system dependent upon an American government that is credible and resilient (and that follows through in the long term). The United States is facing a world of revisionist powers, regional powers that play into revisionist powers to alter the existing global order that favors liberal democracies and trade, in addition to threats of hybrid warfare, gray-zone warfare, 4th- and 5th-generation warfare, Gerasimov’s nonlinear warfare, measures short of war, unrestricted warfare, and others. This new period of uncertainty is similar to the one E.H. Carr described in the interwar period of the 1930s, where rising powers challenged the status quo, and the status quo powers of the time were unable and unwilling to commit resources and mobilize raw military power to keep rising powers in check.

Unfortunately, with many of the ills seen operating in America from 1991 until the early 2010s, it might be as good as it will ever get in the twenty-first century. As Thomas Wright points out, the world is moving back to its natural state of great power competition and zero-sum conflict. Paradoxically, globalization appears to be weakening the United States, whereas various ethnic groups and nationalism have been encouraged and strengthened by technologies of connectivity. Even though Francis Fukuyama celebrated the end of human history with the close of the Cold War in the early 1990s, it is becoming increasingly obvious that Western ideas of governance and capitalism did not win the war of ideas. Instead, the rest of the world adapted its institutions to exploit the emergence of democracy and capitalism to further strengthen political and societal elites, using global trade networks to transform their economies into internationally integrated patronage networks. This is the fundamental problem American strategy needs to adapt to, and American society and its political system must be reformed so that the US military does not continue without a center of gravity. Nor should the American military be treated like a global discount security shop where US strategy is nothing more than a rudderless ship.

Buddhika Jayamaha completed his PhD in Political Science in August of 2018 at Northwestern University, focusing on dynamics of violence in civil wars. He is currently a Postdoctoral Researcher at the University of Wisconsin (Madison) and a former Airborne Infantryman in the US Army. He authored Nightcap at Dawn: American Soldiers’ Counterinsurgency in Iraq.

Jahara “FRANKY” Matisek completed his PhD in Political Science in the spring of 2018 at Northwestern University, on the topic of creating strong African armies and how weak states redefine military effectiveness. He is an officer in the US Air Force, an assistant professor in the Military and Strategic Studies department at the US. Air Force Academy, and a non-resident fellow with the Modern War Institute at West Point.