Intelligence, Secrecy, and Accountability: Getting the Balance Wrong for Sixty Years 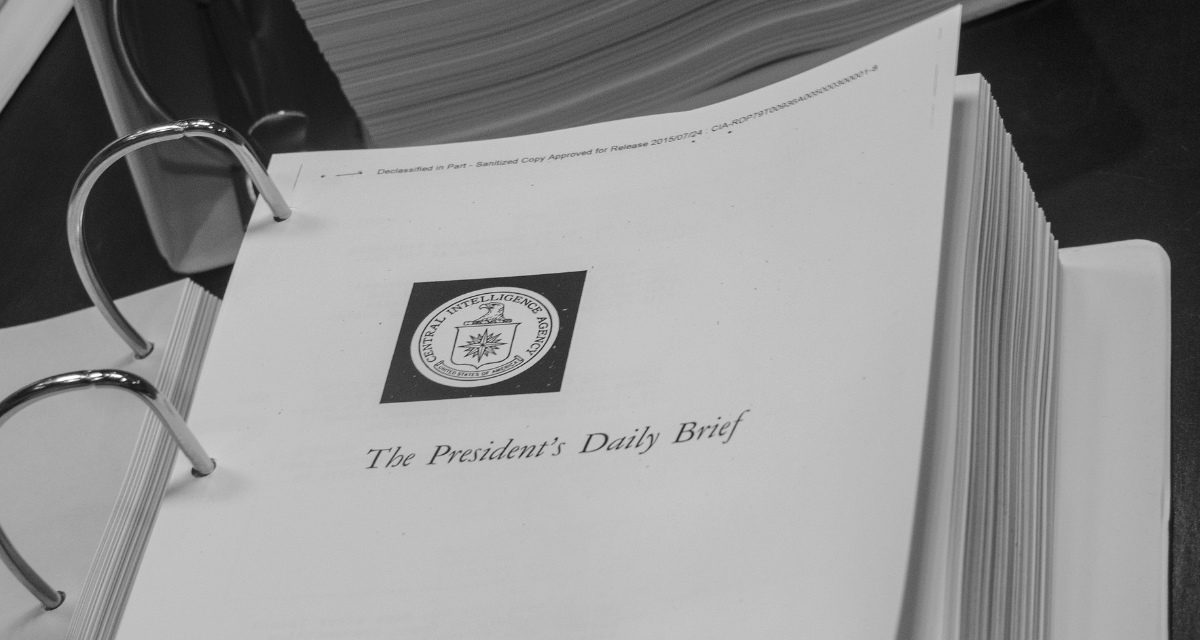 John Prados, The Ghosts of Langley: Into the CIA’s Heart of Darkness (The New Press, 2017)

Few if any Central Intelligence Agency critics can match John Prados’s credentials or his credibility. A prolific author and long-time associate of the National Security Archive, Prados has spent many years pursuing declassification of CIA documents and then putting that material in the historical record.

In The Ghosts of Langley, which follows several earlier works on CIA-related subjects, Prados revisits a series of troubling episodes spanning more than six decades of CIA history, from its clumsy and ineffective efforts to support resistance behind the Iron Curtain in the 1950s to the black prisons and torture scandals of the “war on terror” era.

In reviewing these and other CIA stumbles in the intervening years (the Bay of Pigs, supporting the Nicaraguan Contras in direct violation of a congressional ban, and illegal assassination plans are only some of many examples) Prados’s focus is not so much on the stories themselves, however, but on the CIA’s response. Consistently, as he tells it, rather than recognizing mistakes or considering ways to learn from them, the agency acted to protect itself and build even thicker walls to hide from public or congressional scrutiny.

In the wake of each scandal, Prados reports, CIA officials sought to minimize their and their agency’s responsibility. At times they put out deliberately false information, sometimes in fairly clear violation of the law. On other occasions they grudgingly unveiled only the inescapable minimum of information, concealing as much of the true picture as they could.

That pattern was typical not only in public disclosures but also in the agency’s dealings with the congressional committees that are legally charged with overseeing its actions. One Senate staffer involved in a probe of abuses in the Contra support program described the CIA’s response as “a domestic disinformation campaign against the U.S. Congress”—a characterization that could apply in many other cases covered in this book.

In Prados’s view, CIA policies regularly crossed legal boundaries, committing crimes including “obstruction of justice, perjured testimony, [and] illegal operations.” That particular list appears in his account of the 1980s Contra scandal, during William Casey’s tenure as director. But Prados immediately adds that lawbreaking was hardly unique to that era: those crimes comprise “the same menu,” he writes, “as the subsequent war on terror.”

Regrettably, in telling these stories, Prados does not make them easy for the reader. He drags in far too many unnecessary details on bureaucratic trivia or obscure bits of biography that have little or no bearing on the larger points he seeks to make. His narratives tend to circle forward and backward in time, making the chronology difficult to follow. In an odd and sometimes confusing stylistic quirk, he randomly calls people he is writing about by full names (sometimes with title, sometimes not), last names, first names, or nicknames—so that not infrequently the same person is identified by two or three different names in the course of four or five lines of text.

For all those reasons, many readers may find this book laborious, rather than compelling. But The Ghosts of Langley is nonetheless a valuable work, contributing a wealth of new knowledge on a highly important subject.

Prados’s conclusions are well reasoned and persuasive, as in his answer to the argument that the need for secrecy trumps legal requirements for accountability. “Deception misled enemies,” he writes, “but it also cloaked faults. The inclination to report events in ways that reflected favorably on U.S. intelligence became overwhelming, substituting for protection of national security.”

That is to say, suppressing truth, protecting bad actors, and punishing whistleblowers—all of which are copiously documented in in this book—have not helped the agency deliver better intelligence to policymakers. If the mission of an intelligence service is to speak truth to power, Prados makes a strong case that the CIA’s leadership has too often failed to listen to the truth itself, and that that failure has repeatedly harmed, not helped, American security and strategic interests. That’s the key lesson of this book, and one hopes that our present and future spymasters will do a better job of learning it than their predecessors did.

Arnold R. Isaacs reported from more than 40 countries around the world during his career as a foreign correspondent. He is the author of Without Honor: Defeat in Vietnam and Cambodia, Vietnam Shadows: The War, Its Ghosts, and Its Legacy, and an online report From Troubled Lands: Listening to Pakistani Americans and Afghan Americans in Post-9/11 America.