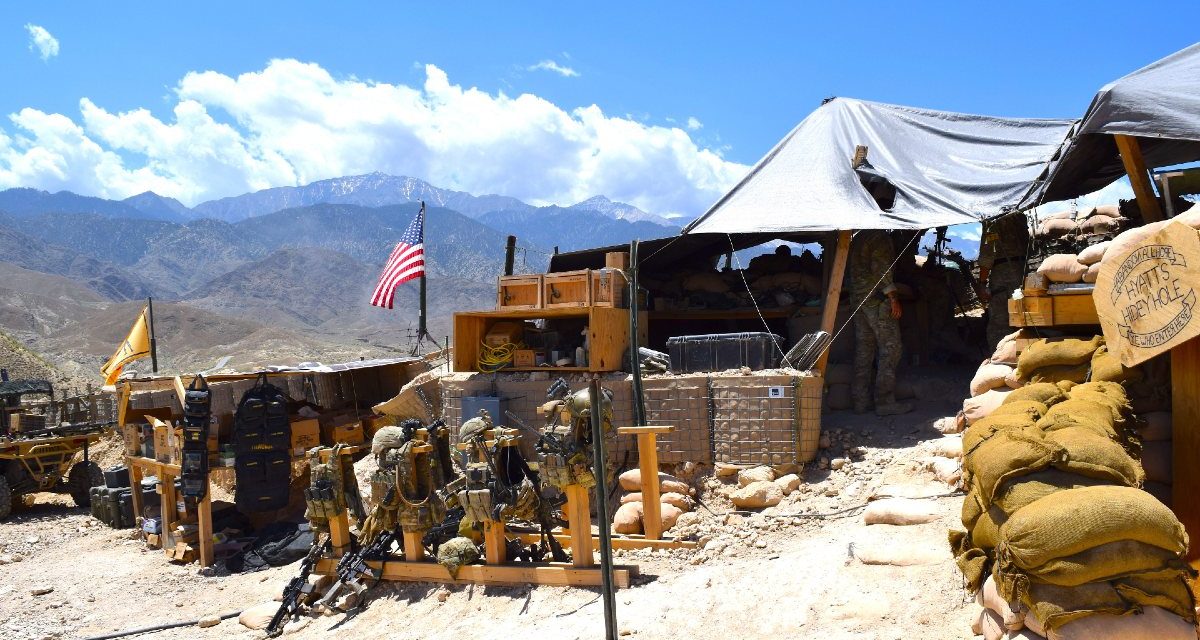 Can satire predict reality? Sometimes it definitely seems to.

On May 18, 2016, the satirical Duffel Blog reported with tongue firmly in cheek that “the Pentagon’s top spokesperson said he was ‘pretty sure’ the military could ditch the manual used for counterinsurgency, since it plans to fight all future wars against conventional armies that wear uniforms and use known tactics.” Several months later, the Army Times published a more serious article that the Army would be reducing training for counterinsurgency (COIN) to focus on preparing for large-scale combat operations (LSCO) against near-peer competitors. The Army Times article, and others like it, reflected the view that the return to great power competition presages a return to fighting major battles, or at least preparing to do so.

Funny as it might be to see satire (dumping COIN knowledge) matched with reality (shifting training and acquisition dollars to focus on big wars), it is also tragic when it is déjà vu all over again. The United States has done this before, with fatal consequences for American soldiers and their allies. After developing considerable knowledge on how to train for and fight COIN during the Vietnam War, the Army as an organization purged its institutional knowledge in the early 1970s, perhaps motivated in part by the stunning successes of the USSR-equipped Arab forces that came close to overrunning American-equipped Israeli forces in the first forty-eight hours of the 1973 Yom Kippur War. Any remaining COIN expertise was relegated to special operations forces, particularly the US Army Special Forces (which was not even a permanent branch at that time). The US military refocused on equipping, planning, and preparing to fight the Soviet Union in major combat operations and failed to institutionalize the irregular warfare (IW) competencies bought at such tragic expense in Vietnam and other battlefields.

Abandoning IW as a national security tool was surely politically expedient at the time—the Vietnam War had been wildly unpopular—but doing so did not change the nature of threats in the international environment. Small wars have always accompanied great power competition. Within six years of Vietnam ending, the United States was again fighting an irregular conflict in El Salvador after neighboring Nicaragua fell to a communist insurgency. Only two years later it was supporting insurgencies against communist governments in Afghanistan and Nicaragua. Throughout the 1990s, the United States played a significant role in irregular conflicts in Somalia, the former Yugoslavia, Colombia, and beyond.

But it never rebuilt the skills lost after Vietnam, at least not at scale. And when the United States returned to large-scale COIN operations in Afghanistan and Iraq, self-deceit on the enduring importance of IW hurt it on two fronts. During planning for both operations, the lack of IW doctrine did a disservice to US political leaders by not forcing their attention to the key activities that come after major combat operations. Consequently, and tragically, once the wars in both countries escalated, many of the US forces on the ground were ill prepared and had to relearn the hard-fought lessons of how to conduct COIN.

This time is different, right?

It is tempting to think the United States can opt out of IW conflicts in the future. There is a clear preference by some to move on from costly and enduring conflicts such as Afghanistan and Iraq. We tried IW, the argument goes, and did not get good strategic results, so we must move on to focus on great power rivals, which means a tight focus on major combat operations. Irregular warfare, COIN, foreign internal defense, counterterrorism, et cetera—it is all old news.

But waxing nostalgic for the “good old days” of preparing to fight major combat operations is a fallacy. In practice, great power competition and irregular warfare have always been inextricably linked. Indeed, some scholars argue that international orders with two or more competing powers may be especially conducive to enduring small-scale conflicts between evenly matched forces.

This time around the stakes of disregarding IW may be even more severe than during and immediately after the Cold War. Threats from violent nonstate actors persist, but now great power rivals such as China and Russia are regularly competing in the gray zone that exists below the threshold of open armed conflict. Both competitors employ tactics in this space designed to attack the United States’ interests and coerce its partners. If history is any guide, this kind of competition will spill into irregular warfare, which will remain as important as ever. While Iraq and Afghanistan have with good reason reduced the national security community’s appetite for IW, future national security threats will require engaging in it.

What is old, is new again—but harder

The return to great power competition requires the United States to be able to plan, prepare, and resource across the spectrum of conflict, from the extremely unlikely nuclear exchange, to unlikely but consequential conventional war, to ongoing operations in the gray zone (which will continue for the foreseeable future). To an extent, this is similar to the situation that faced the United States during the Cold War, but several features are also markedly different. There are now at least three major actors (China, Russia, and the United States), America’s adversaries and competitors are achieving nonmilitary successes in parallel to their military pursuits, and the economic interdependence of the United States and China creates a new set of constraints for both sides compared to the Cold War, when the two great powers operated parallel and largely independent economic systems.

Coupled with major technological, demographic, and environmental shifts, the United States and its partners face a harder problem than during the Cold War. Hard problems require hard thinking from a wide variety of perspectives across all instruments of national power. The community needs a platform that can connect military and national security planners engaged in IW with scholarly research and critical thinking.

To help bridge this gap, the Empirical Studies of Conflict Project and the Modern War Institute at West Point are proud to announce the launch of the Irregular Warfare Initiative (IWI). IWI is designed to support the community of irregular warfare professionals, to include military and interagency practitioners, scholarly researchers, and policymakers, by providing a space for accessible, practically grounded discussions of irregular warfare policy and strategy.

Practitioners have important trial-and-error lessons to share from engaging in IW contexts around the world. Researchers have the ability to step back and extrapolate important lessons from within and across conflicts, and over time. Both do better when they communicate. IWI’s goal is to serve as a focal point for bringing together IW professionals from across the diplomatic, informational, military, and economic elements of the national security community with policy-focused academic researchers. It will provide a forum for debate and discussion so that the community can appropriately archive and apply the hard-fought lessons of the past two decades of IW in Iraq, Afghanistan, and around the world, while also engaging with innovative ideas for applying these and emerging IW competencies in the competition and conflict realms the United States expects to see in the future. We can all hope this skill set will not be in great demand, but if history is any guide, we should prepare as if the new era of great power competition will indeed require it.

IWI will support three pillars of engagement. The first pillar will be IW-focused content, which will include both the Irregular Warfare Podcast and written content from contributors across the community of IW practitioners and researchers. The second pillar will take the form of interactive engagements, to include an annual conference focused on interdisciplinary collaboration. The final pillar will include an annual fellows program, providing the opportunity for a select number of professionals to engage in substantive examination of some of the most pressing IW challenges of the day. Through these vehicles, IWI intends to facilitate dialogue, provide access to new ideas, and support innovative approaches to addressing the contemporary strategic security environment.

The need for this kind of dialogue is real and growing. We look forward to you joining the discussion!

Jacob N. Shapiro is Professor of Politics and International Affairs at Princeton University and Managing Director of the Empirical Studies of Conflict Project.  He is a veteran of the United States Navy.

Colonel Patrick Howell is the Director of the Modern War Institute. He received his PhD in Political Science from Duke University and is also a Chief of Staff of the Army Advanced Strategic Planning & Policy Program (ASP3) Fellow (Goodpaster Scholar).

The views expressed are those of the authors and do not reflect the official positions of the United States Military Academy, Department of the Army, or Department of Defense.