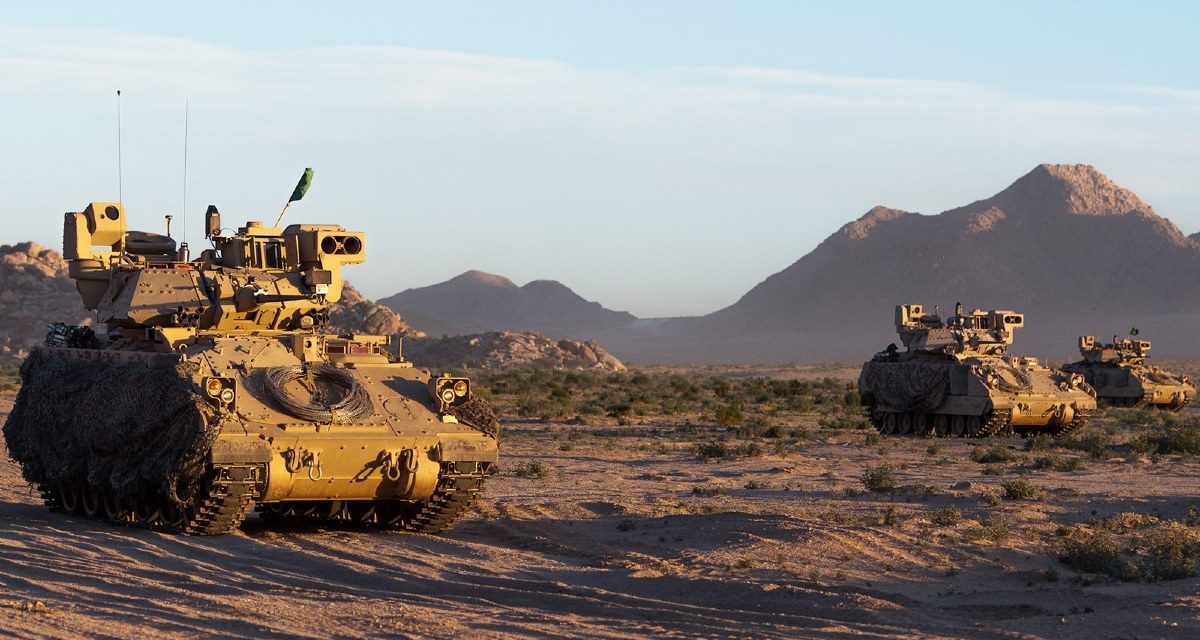 The 2018 US National Defense Strategy (NDS) signals a major shift for the US military from irregular warfare toward developing capabilities for conventional wars against near-peer and peer competitors. Recent events such as the Russian military buildup along the Ukrainian border and the provocative Chinese naval and air activities near Taiwan seem to support such realignment of US military capabilities. At the same time, the 2020 Irregular Warfare Annex to the 2018 NDS suggests that irregular warfare capabilities must remain core competencies of the military because the US conventional overmatch will encourage both state and nonstate adversaries to seek indirect approaches to challenge the United States and its allies. Conflicts in Syria, Yemen, Libya, Iraq, Afghanistan, and Ukraine are examples of how both state and nonstate adversaries have used irregular warfare to advance their strategic goals.

Many argue that this debate is the most important US defense policy question of our day because the answer will determine the direction of long-term military capability development for the United States and its partners. However, the current debate is not an optimal way to inform long-term military capability development because its foundations are faulty.

The current understanding of irregular and conventional warfare envisions them as two distinct, mutually exclusive categories. Policy documents, military doctrine, and academia all support such strong differentiation. However, this conceptualization is fundamentally flawed because it suggests that the two categories have their own distinct warfighting methods necessitating two separate sets of military capabilities. A different theoretical approach to the debate could remedy this problem, allowing US policymakers to better prepare military capabilities for future conflicts. Instead of understanding irregular and conventional warfare as separate categories of conflict, scholars and practitioners should consider their differences as running along a linear continuum.

US academics, policymakers, and military practitioners seem to take three sides when it comes to the irregular-versus-conventional warfare debate, all of which are based on the same flawed assumption. First, some believe that the United States should remain focused on irregular warfare. They argue that such conflict will remain the primary security challenge for the United States since neither nonstate nor state adversaries will have the capability to challenge US conventional hegemony in the long term. Therefore, these adversaries will rely on irregular activities to achieve their strategic goals. Others argue for shifting the US focus toward conventional warfare, suggesting that unlike Chinese and Russian conventional capabilities, irregular conflicts do not present a direct and existential threat. Moreover, as history has shown many times, these conflicts cannot be won—at least not at a cost that the United States is willing to pay. Finally, those on the third side of this debate argue that it is necessary to focus on both categories at the same time. They suggest that the United States must maintain and develop a military framework capable of addressing both types of challenges because the military will face both types of warfare in the future.

The first factor is the distinct mental picture associated with each type of warfare. Though US joint doctrine defines irregular warfare in broad terms as “a violent struggle among state and nonstate actors for legitimacy and influence over the relevant populations,” more specific conceptualizations have become popular. Both scholars and practitioners frequently describe such conflict as an asymmetric struggle between a government and a nonstate actor in which the latter hides within the civilian population and uses improvised explosive devices, suicide bombers, and small-scale hit-and-run tactics in densely populated urban areas to achieve its strategic goals. Meanwhile, though there is no universally accepted definition for conventional warfare, the popular conception is quite different. It is usually described as state-on-state conflict between organized, uniformed, professional military forces using massed firepower in open space away from civilians with the aim of destroying each other to gain and hold ground.

The second factor is that irregular and conventional warfare have increasingly been studied separately. Driven by interest in the wars in Iraq and Afghanistan, academia created an independent subfield for irregular (or civil) warfare and has characterized these conflicts as a discrete phenomenon from conventional warfare. In addition to the hundreds of scholarly articles and books recently published on the topic of irregular warfare, there are now courses taught on irregular wars in most political science departments in US universities—separate from courses exploring conventional wars.

However, if such a strong, dichotomous separation exists between irregular and conventional warfare and both categories have their own distinct features, then one should be able to easily place any conflict in history into one of the two categories. Yet, that is quite an impossible task. While some historical examples neatly fit into one category, there are also many outliers. Commonly identified irregular actors, including terrorist groups such as Hezbollah, ISIS, and al-Qaeda, as well as Chechen and Croatian separatists, have demonstrated remarkably conventional approaches when fighting against state adversaries. At the same time, countries including Libya, Iran, Russia, and even the United States have employed irregular methods in conventional conflicts to achieve their strategic goals. Recent conflicts such as those in Syria and Ukraine are especially difficult to categorize due to a complex mix of state and nonstate actors using a wide range of warfighting methods. These anomalies suggest that irregular and conventional warfare cannot and should not be separated into mutually exclusive categories. Adversaries do not use warfighting methods exclusive to either category, but rather use the same methods to different degrees.

For this reason, scholars and practitioners should abandon the current dichotomous conceptualization of irregular and conventional warfare and instead consider their differences in degrees along a continuum. This is not entirely novel, since Stephen Biddle proposed a similar concept in his new book, Nonstate Warfare, which explores possible explanations for the difference in nonstate actor behavior during conflicts. However, this theory must be expanded to include all actors—not only nonstate actors—and the direction of long-term US military capability development should be guided by different actors’ placement along the proposed continuum.

In this model, irregular and conventional warfare are understood as the two archetypal endpoints of a continuum that will never exist in their purest forms. All actors—state or nonstate, adversaries or partners—should be placed somewhere along this line. Actors’ placement along the proposed continuum will demonstrate how each approaches future warfighting. Understanding how potential adversaries and allies are going to fight will directly inform US policy on how to counter challengers and enable partners. The policies formulated based on such information should drive the direction of long-term US military capability development. Such a linear approach would both guarantee that the full spectrum of needed capabilities is developed and prevent capability gaps or unnecessary resource expenditure.

Although proposing a full methodology for placing different actors on the continuum is beyond the scope of this theoretical argument, a simplified thought experiment will demonstrate the potential use of the concept.

To build the model, one must first identify factors affecting state and nonstate conflict behavior. Scholarly literature exploring these factors demonstrates the dichotomous categorization, since they analyze factors driving state conflict behavior separately from factors driving nonstate conflict behavior. According to these analyses, factors affecting state behavior include regime type, military history and culture, military organization and doctrine, alliance membership, availability of nuclear weapons, GDP, iron and steel production, and population size. Scholars argue that nonstate actors’ behavior is driven by numerical imbalance, access to cutting-edge technology, internal politics, and the state strategy employed against nonstate actors. While all of these factors could be included in a complete placement model, for the purpose of demonstration, consider a simplified model containing only three of these factors: military history and culture, military organization and doctrine, and adversary strategy.

First, military history and culture influence how actors approach the concept of warfighting. Scholars argue that the way actors fought previous wars and the norms and practices they developed all affect behavior in future conflicts. For example, state and nonstate actors that historically fought guerrilla wars have developed professional norms and practices enabling decentralized decision making and swift action. Therefore, they would be placed farther left on the continuum than actors with a history of conventional warfare—which results in more oversight of decisions and limitations on quick action.

Next, current military organization and doctrine also indicate potential conflict behavior. Actors with light and highly mobile force structures, large reservist or militia forces, and doctrine that emphasizes the use of these elements should be placed closer to the irregular end of the spectrum. Conversely, actors with heavy, armored forces and related doctrine should occupy a position closer to the conventional warfare endpoint.

Finally, adversary strategy is key because warfighting behavior is a choice only for a handful of countries—major powers—while it is forced upon all others. In his essay “How the Weak Win Wars,” Ivan Arreguín-Toft argues that strategies employed by two opposing actors can be simplified into two categories: direct and indirect. If weak actors want to have a chance for success when facing a stronger adversary, then the weak actor must employ a strategy opposite the stronger actor’s approach. If a strong actor employs a direct strategy, then the weak actor must employ an indirect strategy and vice versa. Therefore, any actor’s location on the spectrum will also be influenced by the strategy of its main adversary—similarly represented by its placement. They will be pushed in opposing directions.

Using this logic and cherry-picking some state and nonstate actors that display diverse characteristics, Figure 3 proposes a simple example of placements, including the following cases.

These and any other placements should be challenged and debated using other potential factors. The development and implementation of a sophisticated placement methodology will be crucial for the proposed theory to deliver optimal results. The goal of this simplified exercise was to ignite such a critical debate.

Setting the Stage for a Realistic, Comprehensive Assessment of Capabilities

While the proposed model is simple, it provides a more realistic picture of the relationship between irregular and conventional warfare than the mainstream categorical conceptualization, and with that a better foundation for evaluating military capabilities. Instead of trying to identify separate sets of capabilities at the two extremes, as the current approach would suggest, any actor should consider the placement of its adversaries and potential allies in relation to its own placement when directing military capability development. For example, since in the simplified model all of its adversaries and allies are placed to its left, the United States should focus on developing military capabilities covering warfighting behavior from Hezbollah to China. It need not waste too much time and resources developing capabilities to counter the two theoretical extremes of the spectrum.

Since the current, dichotomous categorization serves as the foundation for long-term US (and most Western states’) military capability development, it risks misinforming policymakers about what is needed to address future security challenges. Such misinformation might lead to capability gaps or unnecessary investments. The alternative approach to understanding the relationship between irregular and conventional warfare and the simplified linear model proposed in this article address these challenges. This proposal aims to spark a much-needed debate that will better inform our understanding of future warfare and our ability to identify necessary military capabilities.