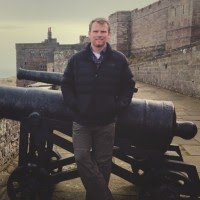 Kyle Atwell is an active duty US Army officer, an instructor in the Social Sciences Department at West Point, and a PhD candidate in security studies at the Princeton School of Public and International Affairs. His operational experience includes assignments in North and West Africa, Afghanistan, South Korea, and Germany. He has also held positions at NATO Headquarters in Brussels and the United States Mission to the United Nations, and worked for two California state legislators. He is a former Center for a New American Security Shawn Brimley Next Generation National Security Leaders fellow as well as a fellow at the Princeton Center for International Security Studies. Kyle received BA degrees in economics and international relations from the University of California at Davis in 2006. 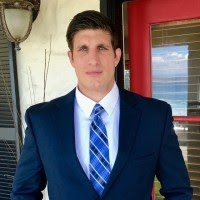 Nicholas Lopez is an active duty US Army officer currently serving as the US Army’s exchange officer to the Brazilian Army’s Command and General Staff College in Rio De Janeiro, Brazil where he is the course director for Irregular Warfare. He was commissioned as an infantry officer from the US Military Academy at West Point in 2008 and began Special Forces training in 2012. He has operational experience and deployments to the Middle East and several countries in Latin America. He holds a master of public policy degree from the Princeton School of Public and International Affairs. 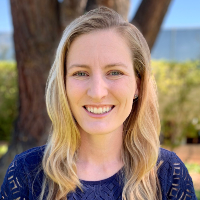 Shawna Sinnott is an active duty Marine Corps officer who has served in a variety of operational, staff, policy, and leadership roles across I Marine Expeditionary Force, Special Operations Command, and Headquarters Marine Corps. Her operational deployments have taken her across West Asia, the Arabian Gulf, and East Africa. Shawna holds an AB from Harvard College and an MLitt from the University of St Andrews in the study of terrorism and political violence. She is currently a doctoral student in political science at Stanford University under the Commandant of the Marine Corps Strategist Program. 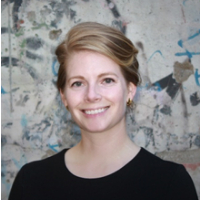 Abigail P. Gage is a national security professional with experience in the Department of Defense, at the Executive Office of the President, and on Capitol Hill. She began her career as an active duty US Army officer and continues her service as an “over-time” major in the National Guard. Abigail is a former Center for a New American Security Shawn Brimley Next Generation National Security Leaders fellow and a former Young Professionals in Foreign Policy fellow, and serves on the board of directors for HillVets Foundation. Abigail earned a master of arts in international relations from Johns Hopkins SAIS, concentrating in strategic studies and international economics, and a bachelor of arts, majoring in geology, anthropology, and archaeology, from Washington and Lee University. She hails from Easton, Pennsylvania—best known as the home of Crayola crayons. 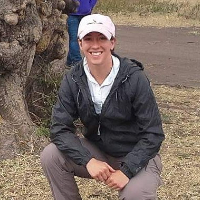 Laura Jones is an active duty Air Force special operations pilot and flies the CV-22 Osprey. She is a senior pilot with over eighteen hundred flight hours in the T-6A, MV-22A/B, and CV-22B. Laura has operational experience across Sub-Saharan Africa, the Arabian Gulf, and Asia. She graduated from the United States Air Force Academy with a BS in foreign area studies (Sub-Saharan Africa) and a minor in French. Laura is the first officer to be directly sponsored by Air Force Special Operations Command to pursue a PhD, and she is currently a first-year doctoral candidate in international relations at the Fletcher School of Law and Diplomacy at Tufts University. 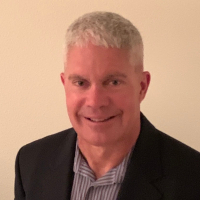 Andrew Milburn was born in Hong Kong and grew up in the United Kingdom where he attended St Paul’s School and University College London. After graduating from law school, he enlisted in the US Marine Corps as a private. He was commissioned from the ranks, and as a Marine infantry and special operations officer, has commanded in combat at every grade. As the commanding officer of the Marine Corps’ special operations regiment, he was selected to lead a multinational task force given the mission of defeating ISIS in Iraq. He retired in 2019 as the chief of staff of Special Operations Command Central, the headquarters responsible for the conduct of all US special operations throughout the Middle East. Since retiring, he has written a critically acclaimed memoir When the Tempest Gathers, and a number of articles for national publications. He is on the adjunct faculty of the Joint Special Operations University and teaches classes on leadership and ethics at the Marine Corps University.  He tweets at @andymilburn8. 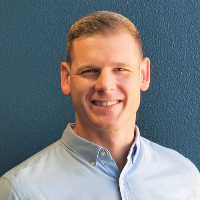 Jon Bate is an active duty Army officer and an Advanced Strategic Planning and Policy Program fellow assigned to Stanford University as a PhD student in political science. A graduate of the United States Military Academy, Jon commissioned into the infantry in 2006 and deployed to Afghanistan three times with the 101st Airborne Division. He subsequently served as an assistant professor of economics in the West Point Department of Social Sciences and then as S3 and XO for 6-1 Cavalry, 1st BCT, 1st Armored Division. Jon holds a master in public policy from the Harvard Kennedy School of Government. 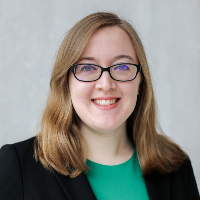 Catrina Doxsee is a program manager and research associate for the Transnational Threats Project at the Center for Strategic and International Studies (CSIS), where she analyzes international and domestic terrorism and the irregular activities of countries such as Russia, China, and Iran. Prior to joining CSIS, she worked as an associate policy analyst at the Migration Policy Institute. Ms. Doxsee has also conducted research at the Philip Merrill Center for Strategic Studies at Johns Hopkins and the US Treasury Department’s Middle East and North Africa Office. She previously served for two years in AmeriCorps as a refugee resettlement caseworker in Pittsburgh. Ms. Doxsee holds a BA in history, with a concentration in military history, from the University of Chicago and an MA in strategic studies and international economics from the Johns Hopkins School of Advanced International Studies. 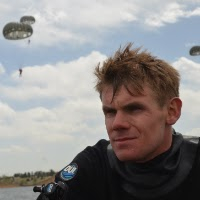 Maj. Zachary Griffiths is an Army Special Forces officer. From 2017 to 2019, he taught American politics in the Department of Social Sciences at West Point while also serving as an MWI resident military fellow. 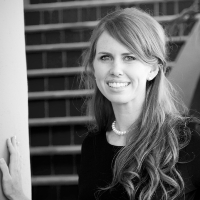 Lisa McKinnon Munde is a 2007 graduate of the United States Naval Academy and holds an MA in Latin American studies from Stanford University. Since 2016, she has worked on naval special operations plans, strategy, and doctrine in the Naval Special Warfare Command N5 Department. Her academic interests lie in the intersection of Latin America, special operations, maritime security, and ocean governance—particularly as it pertains to increasing Chinese influence and strategic competition. Lisa finds the maritime domain a particularly fascinating lens through which to view larger political, economic, and military questions. While on active duty as a naval intelligence officer Lisa served in a variety of assignments including the Defense Attache Office (US Embassy Madrid, Spain), VFA-97 embarked aboard USS Nimitz, and Naval Special Warfare Group ONE. 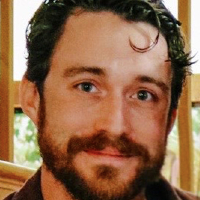 Matt Sardo is a JD candidate at the UC Berkeley School of Law and an ROTC instructor with the UC Berkeley Golden Bears Battalion. Matt served in the Army as an infantry officer for the 10th Mountain Division and a Special Forces officer for 3rd Special Forces Group. He deployed in support of operations in Afghanistan and Northwest Africa. Matt holds a bachelor of arts in geography from Virginia Tech and a master of science in public policy with a concentration in peace operations from George Mason University. Matt’s legal studies focus on the use of force and cyber operations below the threshold of war. 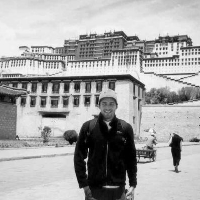 Matthew Wiger is an active duty US Army officer and a doctoral researcher in the School of Security Studies at King’s College, London. He has deployed to Eastern Europe, Southwest Asia, and Central America and was formerly an assistant professor at the American University of Afghanistan. Matthew holds a bachelor of science in environmental engineering from West Point, a master of business administration from Harvard Business School, and a master of public administration with a concentration in international security policy from the John F. Kennedy School of Government. His research interests include irregular warfare, surrogate warfare, and insurgency. 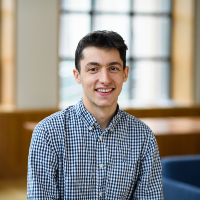 Sam Winter-Levy is a PhD candidate in politics at Princeton University and a fellow at the Princeton Center for International Security Studies. Before joining the doctoral program, he was a staff editor at Foreign Affairs and a writer at The Economist. His freelance writing has appeared in publications including Foreign Affairs, Foreign Policy, Lawfare, NewYorker.com, the Washington Post, the Boston Globe, and Scientific American. He received his undergraduate degree in English literature from the University of Oxford and was the Michael Von Clemm Fellow at Harvard University in 2014–15. 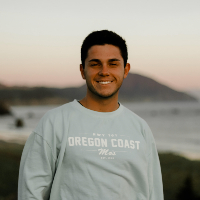 Tucker Chase is currently a junior at the United States Military Academy at West Point, majoring in Defense and Strategic Studies. He is a manager for the track and field and cross-country teams. He is passionate about the policymaking process, civil-military relations, and great power competition in the polar regions. 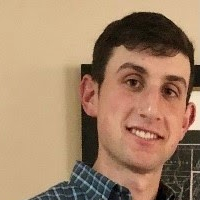 Tom Katsenes is currently a junior at the United States Military Academy at West Point, majoring in American politics. He is a member of the Army men’s golf team, the Domestic Affairs Forum, and the Honor Committee. Tom has spent time working at various levels of local government as an intern for both the 27th legislative district in Arizona as well as the office of Arizona governor Doug Ducey during the COVID-19 pandemic. Tom is passionate about the policymaking process, civil-military relations, and economics. 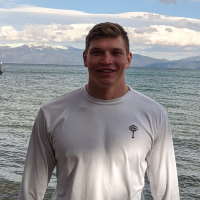 Henry Thompson is a junior at the United States Military Academy at West Point, where he majors in American politics and minors in grand strategy. Henry is a squad leader for the USMA Sandhurst Black and Gold Team, the CIC of a student discussion group associated with the Modern War Institute, and a member of the Domestic Affairs Forum. Henry has interned on Capitol Hill for North Carolina’s 9th congressional district under Congressman Robert Pittenger. Henry focuses his studies on American foreign policy, state-building theory, and cybersecurity policy.