Israel’s Campaign Between the Wars: Lessons for the United States? 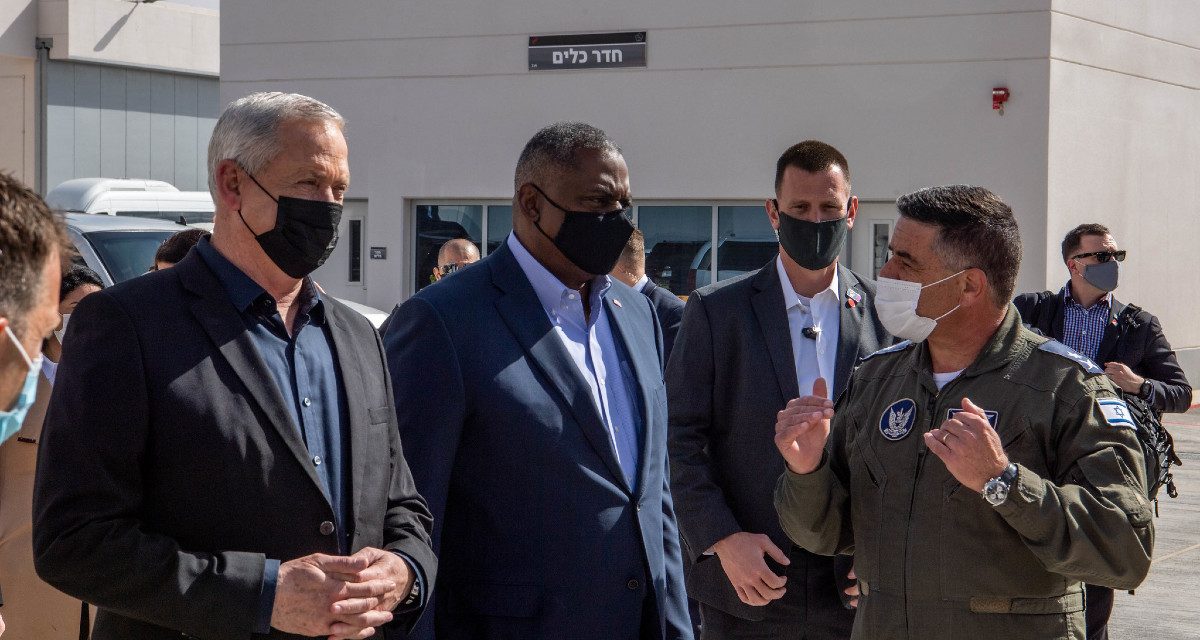 In August 2015, the Israel Defense Forces (IDF), for the first time, published its strategy in an official document. It introduced, inter alia, the concept of a “Campaign between the Wars” (CBW, or mabam in its Hebrew acronym). CBW’s goal, as one analyst has described it, “is to constantly preserve the balance of regional trends in Israel’s favor.” CBW involves taking preventive actions, particularly covert and clandestine operations, to regularly weaken enemy capabilities and prevent the acquisition of advanced capabilities with the aims of delaying war, strengthening deterrence, and creating optimal conditions for the IDF in the event of actual war. This month’s IDF operation against the Hamas organization in the Gaza Strip is not part of CBW, but its actions have saved Israel more lethal casualties (by thwarting Hamas attempts to acquire precision-guided missiles) and caused significant damage to Hamas (by intelligence operations that enabled targeting tunnel infrastructure and missile-launching sites).

CBW is neither a new invention nor a mere continuation of Israel’s decades-long “current security” operations as some scholars have argued. Instead, the 2015 IDF Strategy conceptually unified what had evolved as unconnected developments. In the updated version of IDF Strategy (April 2018), CBW constitutes an ongoing campaign that involves political, media, and legal tools. Examples of this whole-of-government approach include engaging in delicate diplomacy with Russia to avoid clashes on Syrian soil, publicly unveiling Iran’s secret nuclear archive, and backing international sanctions against adversaries. CBW also includes a multidimensional, multitheater, interagency (military and intelligence services) campaign, involving offensive and defensive coercion tools.

Thus far, CBW has garnered significant successes, ranging from delaying Iran’s nuclear program to averting the transformation of Syria into a springboard for operations against Israel to hindering the acquisition of precision-guided missiles by Hezbollah and Hamas. While successful, that does not mean the United States should draw wholesale on the Israeli CBW model for its own strategy vis-à-vis Iran. Instead, CBW lessons should be studied for selective application by the United States, taking into consideration differences between the positions of Israel and the United States globally and in the Middle East.

CBW has occasionally made headlines in the media, which titled it the “shadow war” waged by Israel against Iran’s “axis of resistance” in the Middle East. To date, Israeli CBW’s target has usually been Iran’s network of influence that connects its proxies (or its own forces) in Iraq, Syria, and Lebanon. From 2013 to the present, Israel is reported to have conducted hundreds of airstrikes against Iranian arms shipments, particularly precision-guided missiles, weapons-storage depots, and the intelligence and command centers of Hezbollah and the Islamic Revolutionary Guard Corps-Quds Force in Syria. A case par excellence of these attacks took place in July 2019 when a series of strikes, from both manned aircraft and drones, were conducted in a short time against weapons depots in Iraq, militia forces in Syria, and missile-production equipment in Lebanon.

CBW has also been conducted in the maritime domain. The first documented interdiction operations occurred in 2009, when the IDF interdicted the Monchegorsk in January, the Hansa India in October, and the Francop in November of that year. In March 2014, Israeli naval commandos raided the Iranian ship Klos-C, which carried long-range missiles Israel claimed were destined for the Hamas organization in the Gaza Strip. Since 2019, IDF naval commando units have attacked at least a dozen Iranian vessels bound for Syria, mostly carrying oil to circumvent US sanctions. Maritime attacks have intensified in the last few weeks against Iranian vessels carrying weapons bound for Syria and Lebanon, such as the Shahr e Kord in the Mediterranean and the Saviz in the Red Sea.

Airstrikes and, to a lesser extent, naval ones, against Iran’s network in the region, however, are not the only type or location of CBW operations. Israel also carries out attacks inside Iran’s sovereign territory, often on its nuclear program. CBW measures include the assassination of Iranian scientists, such as the key developer of the nuclear program in November 2020, and the sabotage of infrastructure. Most of these attacks are attributed to Israel’s civilian intelligence agency, the Mossad, which is consistent with the 2015 IDF Strategy’s emphasis on “operational and intelligence interagency cooperation” as a principle for covert and clandestine CBW operations. Furthermore, it is likely that another set of operations occurred and remain unknown to the Iranians themselves, but were still effective in damaging enrichment activities.

Israeli CBW also involves cyber actions. In April 2021, it is believed a cyberattack damaged the Natanz nuclear facility’s electrical distribution grid. The explosion that hit a centrifuge assembly line at Natanz in July 2020 was also possibly caused by an Israeli cyberattack. In 2010, the Stuxnet worm, which Israel reportedly developed in cooperation with the United States, targeted the supervisory control and data acquisition systems of uranium enrichment centrifuges. Stuxnet was probably the first cyberattack to inflict physical damage. In 2007, Israel conducted an airstrike against the Syrian nuclear reactor, before which Syrian air defenses were subject to a cyberattack that reprogrammed the systems to make it appear that nothing was happening during the airstrike. Based on this operation, it not unreasonable to assume that the hundreds of airstrikes conducted by the IDF in Syria and elsewhere in the region have involved supporting cyberattacks. Furthermore, in April–May 2020, Iran launched a cyberattack against Israel’s water infrastructure; Israel retaliated with its own cyberattack on the infrastructure at the Iranian port in Bandar Abbas.

CBW also contains a strong defensive component, which has received less attention in the media. Defensive CBW has had its successes in protecting Israeli interests. During the 2014 Operation Protective Edge in Gaza, Israel repelled a large-scale Iranian cyberattack on Israeli civilian communications. In December 2018, the IDF launched Operation Northern Shield to destroy the cross-border tunnels built by Hezbollah for future offensives into Israel from Lebanon. From 2014 to 2018, Israeli air defenses intercepted nine air attacks on the Golan Heights, mostly by drones, but also including two Syrian Sukhoi aircraft.

Lessons for the United States

In 2019, former IDF chief of staff Lt. Gen. Gadi Eisenkot and Gabi Siboni wrote that “this [CBW] model can and should be replicated by international forces as they confront Iran’s proxies throughout the Middle East.” In 2020, a Center for a New American Security (CNAS) report explicitly called for the United States to learn from Israel and implement its own CBW to counter Iran in Iraq. CNAS proposed some lessons, mostly generic (e.g., “focus on clearly defined and limited objectives”), but some specific (e.g., “develop a messaging campaign based on deniability that still sends a deterrent signal”) and worth consideration. The rationale behind such calls probably draws on a number of parallels between Israel and the United States: both countries are status-quo powers that face adversaries employing gray zone warfare; both desire to avoid large-scale war but have still been willing to engage in preventive action.

These calls, however, have missed the mark on three important points. First, Iran constitutes Israel’s main enemy, conducting active operations against it, with the potential to pose an existential threat. Iran is not an existential threat to the United States. A parallel adversary for the United States would instead be China or Russia, who engage the United States in strategic competition. A more appropriate analogy to be drawn here lies in the application of the concept of gray zone warfare by Russia (in Ukraine), China (in the South China Sea), and Iran (in Syria and Iraq) to “exercise aggression and coercion without exposing themselves to the risks of escalation and severe retribution.” The analogy is stronger if applied to these countries’ active operations against the United States in the cyber domain. The United States, therefore, must selectively draw from elements of CBW for a strategy to target its adversaries employing gray zone warfare.

Second, there exists an overemphasis by the media on overt and covert offensive operations in the air and at sea. Such operations could lead to higher risks of war if systematically applied against Iran in Iraq. Clearly, it is unthinkable in contexts involving China and Russia, especially at a time when the United States simultaneously seeks to engage them economically and diplomatically. What is needed is a tool that provides deniability but still sends a deterrent signal. The lesson for the United States is to focus on CBW clandestine and cyber operations to counter these adversaries’ attacks against the United States and complement these with defensive operations in all domains.

Finally, as noted above, the IDF has conceptually formulated what had already evolved as unconnected developments. In other words, Israel built its CBW concept on its own experiences. The United States needs to similarly draw on its own strengths in the broadest terms (its global network of alliances, asymmetric warfare experience, and unparalleled intelligence and technological superiority) as it integrates any lessons from CBW’s successes. Going back to the 2020 CNAS report’s lessons for the United States, American intelligence and technological superiority should serve as the basis for other efforts to confront America’s adversaries. The United States needs to conduct its own gray zone warfare, exercising coercion without exposure to escalation, by using its proven ability to support allies and even employ proxies (e.g., defense contractors) for operations that need not be attributed to the United States government.

Amr Yossef is an MWI fellow.