Proxy Blowback in the Revolutionary War? The Curious Story of Jane McCrae and the Battle of Saratoga 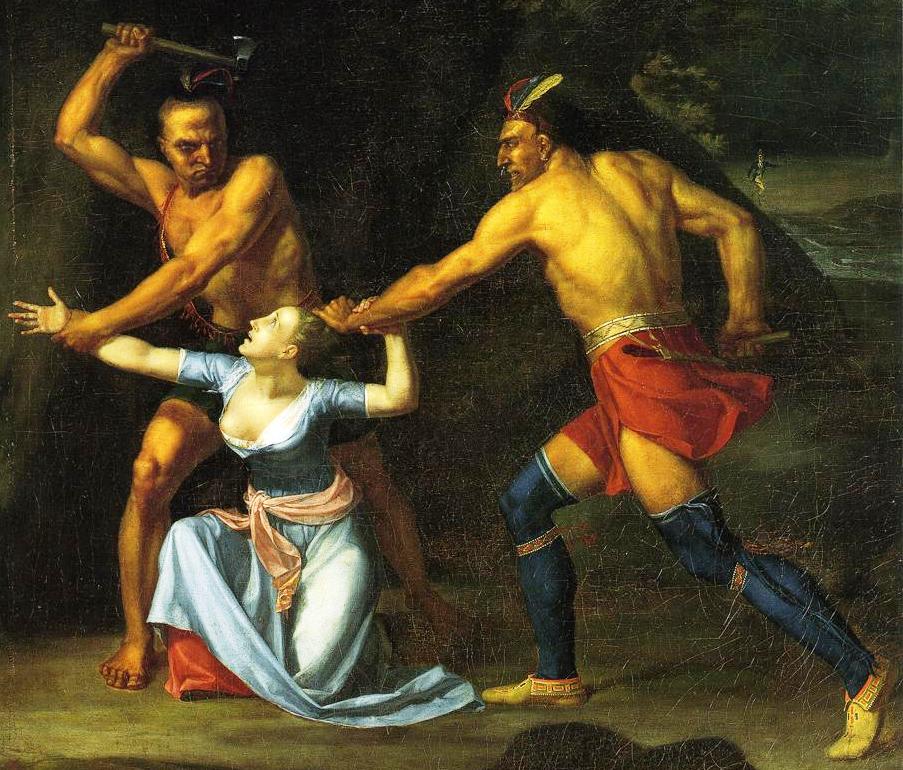 Historians consider the Battle of Saratoga one of the fifteen most decisive battles in world history and a turning point in the American War of Independence. As the fireworks, parades, and drinking subside after this year’s celebration of our nation’s founding, it is sobering to reflect on the true nature of this struggle against Britain: insurgency.

We call it the “Revolutionary War” and refer to its protagonists as the “patriots,” but the British considered our Founding Fathers rebels, conspirators, and criminals. Fundamentally, as in any good insurgency, it was about the overthrow of one political order and its replacement with another. George Washington adopted a “Fabian” strategy of protracted warfare to erode British resolve in London; it may even make some Americans uneasy to draw parallels between our first president and contemporary practitioners such as Vietnam’s General Vo Nguyen Giap.

Beginning with the British seizure of Fort Ticonderoga on Lake Champlain on July 6, 1777 and culminating with the surrender of British General John Burgoyne to American forces at Saratoga, New York on October 17, this snapshot in history over 200 years ago illustrates a number of dilemmas that persist in modern warfare:

A critical element of protracted warfare and organizing rebellion is the challenge of popular mobilization: how to overcome the collective action problem and convince fence-sitters that it is in their best interest to take up arms against the existing order? Especially when the collective good of future independence would be enjoyed by all, not just those who fought.

Social movement theory offers the concept of “framing” – the process of constructing shared meaning that allows political opportunities and mobilizing structures to pass the tipping point and transform into collective action. The Arab Spring recently illustrated this phenomenon, as the self-immolation of Tunisia’s Mohammed Bouazizi and the deadly beating of Egypt’s Khaled Said became images and slogans that catalyzed revolutions across the Middle East in 2011. The death of Jane McCrae played a similar role in the American Revolution; it solved the collective action problem by convincing traditionally Loyalist New Yorkers to choose the seemingly irrational act of joining the insurgency.

Native American scouts employed by British General Burgoyne murdered and scalped Jane on July 27, 1777 instead of escorting her as directed to Fort Edward to link up with her fiancé, a Tory officer in Burgoyne’s army. Burgoyne utilized Native American auxiliaries in his campaign to push south from Montreal to Albany along the water route of Lake Champlain, Lake George, and the Hudson River; this was nothing new, as Native Americans had served as scouts since the earliest explorations of America due to their extensive knowledge of the local terrain. In fact, this is often a key factor in a sponsor’s choice to employ a proxy force.

Utilizing local irregular forces to either foment or counter an insurgency may be an effective or even necessary policy tool given constraints on other options, but as recent US efforts to employ Afghan Local Police against the Taliban and moderate Syrian rebels against the Islamic State have demonstrated, it is messy and may cause political blowback that negatively impacts the course of the war. This stems from challenges of the “principle-agent” relationship: selecting the optimal proxy, and ensuring it acts in accordance with the sponsor’s preferences – neither of which usually occur as intended.

Though Jane McCrae was a Loyalist, the shock of her brutal murder reportedly pushed apathetic Americans off the fence and into the arms of the rebellion, directly contributing to the British defeat at Saratoga. As with the deaths of Mohammed Bouazizi and Khaled Said, the Americans framed and amplified the incident, using it as propaganda to achieve a similar mobilizing effect. General Horatio Gates wrote in a letter to Burgoyne:

“That the savages of America should in their warfare mangle and scalp the unhappy prisoners, who fall into their hands, is neither new nor extraordinary; but that the famous Lieut General Burgoyne, in whom the fine gentleman is united with the soldier and the scholar, should hire the savages of America to scalp Europeans and the descendants of Europeans; nay more, that he should pay a price for each scalp so barbarously taken, is more than will be believed in England until authenticated facts shall in every gazette convince mankind of the truth of this horrid tale – Miss McCrae, a young lady lovely to the sight, of virtuous character and amiable disposition, engaged to be married to an officer of your army, was with other women and children taken out of a house near Fort Edward, carried into the woods, and there scalped and mangled in the most shocking manner.”

Other historical evidence contradicts the popular account of Jane’s significance. Muster rolls do not indicate expanded militia enlistment or increased numbers of militia attached to the Continental main force prior to the first major engagement of the Battle of Saratoga at Freeman’s Farm on September 19. However, substantial numbers of militia did show up between then and the second engagement at Bemis Heights on October 7 where the Americans defeated Burgoyne and forced him to retreat.

The single tactical action of a proxy behaving contrary to its sponsor’s preferences may have had the outsized effect of contributing to the British defeat at Saratoga by sparking popular mobilization in favor of the rebellion. Scholars can debate the extent to which Jane McCrae actually influenced the battle compared to other existing dynamics. But the American victory at Saratoga convinced France to enter the conflict in support of the revolution in February 1778 and capitalize on the local insurgency as part of their longstanding global rivalry with Britain.

The role of French support to the rebellion should not be marginalized. External support is often critical for insurgent success, as sponsors provide assistance ranging from direct military support, arms and material provision, financial resources, and organization of additional international backing. The US has felt this none more painfully in recent years than the Taliban’s safe-haven in Pakistan across the border from Afghanistan. In addition to financial and material support, France went as far as contributing thousands of troops under the command of Rochambeau and a naval fleet under comte de Grasse. This ultimately led to the Siege of Yorktown that ended the war in October 1781 and secured American independence.

Absorbing the lessons from this particular snapshot of the American Revolution, we find that the challenges that both the British and Americans faced in the late 1700’s are remarkably similar to those we encounter today. Utilizing irregular proxies comes with both benefits and costs; in this case, indigenous forces were useful for navigating the rugged terrain and augmenting the regular military formations. However, it illustrates the challenges of establishing effective control over a proxy whose motivations and goals diverge from its sponsor’s. Burgoyne certainly didn’t offer bounties for scalps despite Gates’ flamboyant rhetoric, and when he reprimanded the Indians for killing Jane, many of them left his service.

We also see the potential for tactical actions to have outsized effects on strategic outcomes. A seemingly insignificant deviation of Burgoyne’s Native American proxy may have enabled popular mobilization that facilitated America’s victory at Saratoga, which in turn convinced France to throw its support behind the American insurgency.

In today’s operating environment where information moves freely across the planet in only a matter of milliseconds, the importance of understanding the consequences of words and actions by even the most junior soldier or a surrogate force is even more paramount. While other factors contributed to victory in our nation’s fight for independence, these events should be considered as we reflect on last week’s holiday. 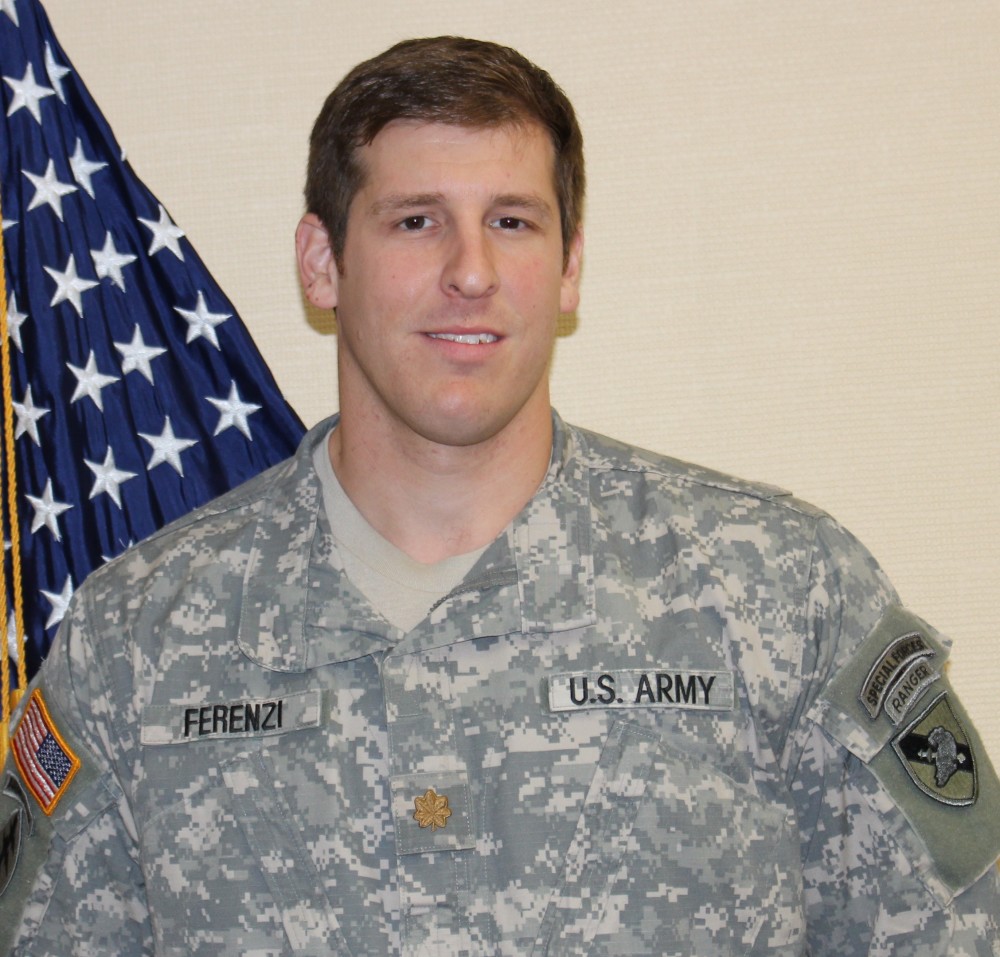 Major Steve Ferenzi is an instructor in the United States Military Academy’s Defense and Strategic Studies (DSS) Program and Officer-in-Charge of West Point’s Irregular Warfare Group (IWG). He is an Army Special Forces officer with service in the 3rd Special Forces Group and the 82nd Airborne Division. He holds a Master of International Affairs degree from Columbia University’s School of International and Public Affairs (SIPA). Special thanks to Dr. Samuel Watson from West Point’s Department of History for his contribution to this article. The views expressed in this article are those of the author and do not reflect the official policy or position of the Department of the Army, Department of Defense, or the U.S. Government.
Share on Facebook Share
Share on TwitterTweet
Share on LinkedIn Share
Send email Mail
Print Print