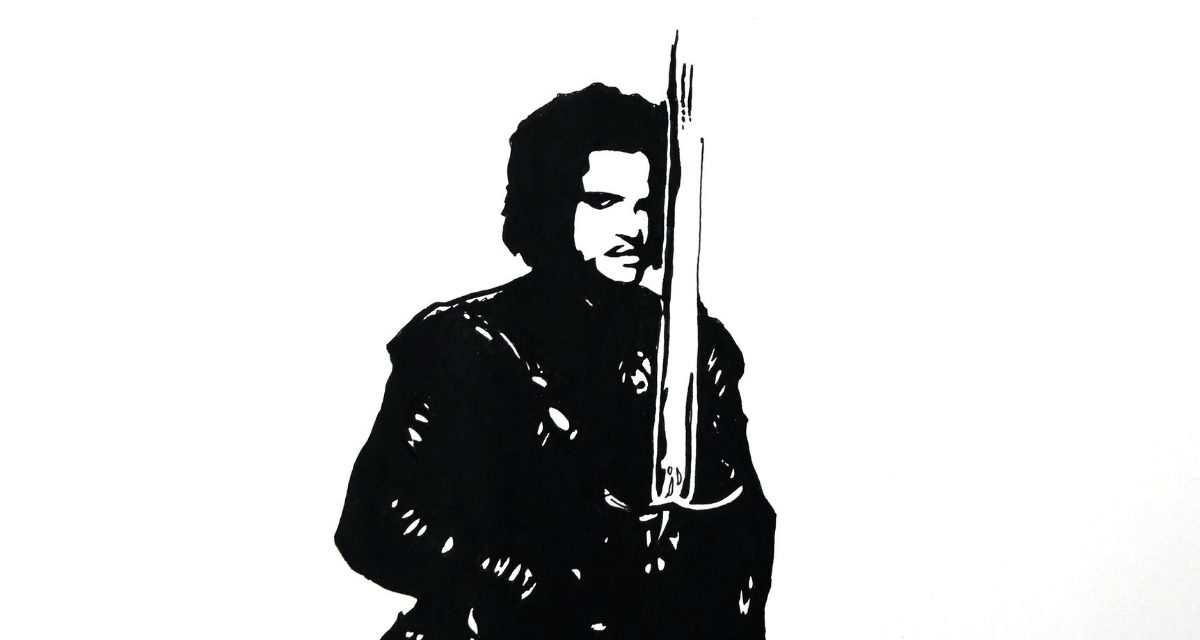 As a faithful watcher of Game of Thrones, and a voracious reader of military history, the final season of HBO’s hit show has been an opportunity I’ve been waiting for. Like millions of other viewers, I’ve spent the past seasons forming predictions about who would end up ruling Westeros, who would be instrumental in the fight for the Iron Throne, and who would come up just short.

While watching other characters come and go, it became plain that Jon Snow would be one of those important figures—especially after his resurrection in season 6.

Early in the series, viewers formed impressions of his character: he was noble and brave, but also reckless, bordering on foolhardy. Later, we saw tendencies that should raise eyebrows. His casual attitude toward being King in the North, his readiness to go beyond the wall at the drop of a hat, and his decision to fight on a frozen lake showed little of the judgement one would expect of a leader (in the last instance, by going after a few meaningless wights at the end of the fight, he arguably cost Daenerys one of her three dragons, as well).

Familiar with the history the series is based on—author George R.R. Martin has said he based it, in part, on the fifteenth-century War of the Roses—it’s important to note the fusion of military and political power in single individuals, something fundamentally different than the separation we’ve become familiar with in modern society. In Game of Thrones, like in medieval history, kings fight and warriors rule; the two are one in the same. But heading into the final few episodes, we can only hope that Jon Snow proves to be a good king, should his newly discovered claim to the Iron Throne be pressed. Because until now, he’s been a lousy battlefield commander.

That impression has been massively reinforced by the tactics of the Battle of Winterfell.

General Snow based his battle plan on getting to the Night King and his White Walkers, since their deaths would cause the Army of the Dead to literally fall apart. I eagerly awaited the tactics he would use, unaware that his apparent role model was French General Robert Nivelle, whose preferred tactics as commander-in-chief of French forces in 1917 amounted to unimaginative, direct assaults—which led to massive casualties, little battlefield success, and a major mutiny in the French Army.

General Snow made sure everyone knew that he had fought the Army of the Dead before. Indeed, at Hardhome he had seen the complete battle plan of the attackers. They charge forward blindly with no regard for their own casualties—easy to do when your leader can bring you back and convert your dead enemies into allies.

So what defensive plan did the defender of Winterfell choose? A battle of attrition against an enemy with unlimited resources—a plan that worked so well for von Falkenhayn at Verdun and Westmorland in Vietnam.

What about maneuver warfare, so vital to successful campaigns from the age of Napoleon through Grant’s successes during the Overland Campaign to the overwhelming US victory over Saddam Hussein’s forces in the opening stage of Operation Iraqi Freedom? Not at Winterfell.

This despite having a diverse coalition that naturally lent itself to combined-arms maneuver. Start with the use of the Dothraki cavalry, a mobile force that would have been capable of attacking the Army of the Dead from the sides and rear, that might even have been able to find the White Walkers and attack them. This has been cavalry’s advantage since chariots first appeared on the battlefield. Instead, at Winterfell we got a cavalry charge into a massed enemy unafraid of horses. Whether it was the Charge of the Light Brigade (an admitted blunder), Polish Lancers attacking German Panzers in 1938 (a myth), or the English disaster at the Battle of Stirling Bride (which got the Hollywood treatment in Braveheart), it never works. Many the Dothraki widow and orphan back in Essos will wonder why their men, who went to put a queen on a throne, ended up such easy fodder for the wights.

General Snow was extremely lucky the Night King was not on the ground to immediately revive the dead Dothraki, both horse and man, and send them back to attack his unprotected infantry.

Having wasted his army’s main force, General Snow followed this up by squandering his infantry—proving he learned nothing from the Battle of the Bastards, where he was thoroughly outthought and outfought by Ramsey Bolton and needed his sister to save him after his senseless solo charge disrupted the plan of attack, got his dismounted forces surrounded, and led his army to the brink of annihilation.

At Winterfell, he also had no archers on the ground, so the indirect fire support they provided was limited to whatever could be ranged from Winterfell’s walls. He made no effort to form a shield wall—the best available means of establishing hasty defensive positions. He placed infantry behind the trebuchets, which limited the use of his most mobile forces and left his largest weapons vulnerable. His tactics left his forces fighting uncoordinated, person to zombie, on open ground. The retreat into the castle was inevitable—and at the cost of how many Unsullied, his most disciplined forces?

Now it was time to defend the castle. Yet, the inevitability of the retreat did not induce him to develop a well-planned defense. Little was done to stop the attackers from climbing the walls. Even the use of flaming air power—without question the most powerful weapon in Snow’s arsenal—against a stacked-up enemy did not happen. Results were predictable.

While all this is happening, the Night King was headed for Godswood to kill Bran Stark. I waited for the clever ambush. The prepared defense. The archers hidden in trees or under the snow. Nothing. Despite knowing Bran was the Night King’s ultimate target, he was left with nothing but Theon Greyjoy and a small, lightly armed personal security detail to protect him. What played out was as predictable as the outcome of the events at the castle.

Like the Battle of the Bastards, Jon Snow and his army were once again saved by his sister—this time it was Arya. By killing the Night King, she ensured that the final episodes can refocus on the fight for the Iron Throne. Now, the noble and ragged remnants of a great force will strive, with the help of the show writers, to overcome the fresh armies awaiting them at Kings Landing. If and when that battle commences, I can only hope Daenerys assigns Jon Snow to guard the supply train, so her forces have some chance. And if Jon Snow ends up on the Iron Throne (oddsmakers currently have him the third favorite to do so, behind Bran and Sansa Stark), his subjects better hope he is a better king than a general.

Today, the military profession increasingly embraces alternative sources of individual learning and professional development. If we accept the notion that warfare is becoming more complex, taking this broader approach is undeniably a good thing. But as we search for models of leadership worth emulating, we should also be aware of those models that are best ignored.

Joe Cyr has spent forty-five of his sixty-four years at West Point. He has five bookcases at home full of military history. He collects swords, knives, axes, and maces, and is ready for the zombie apocalypse