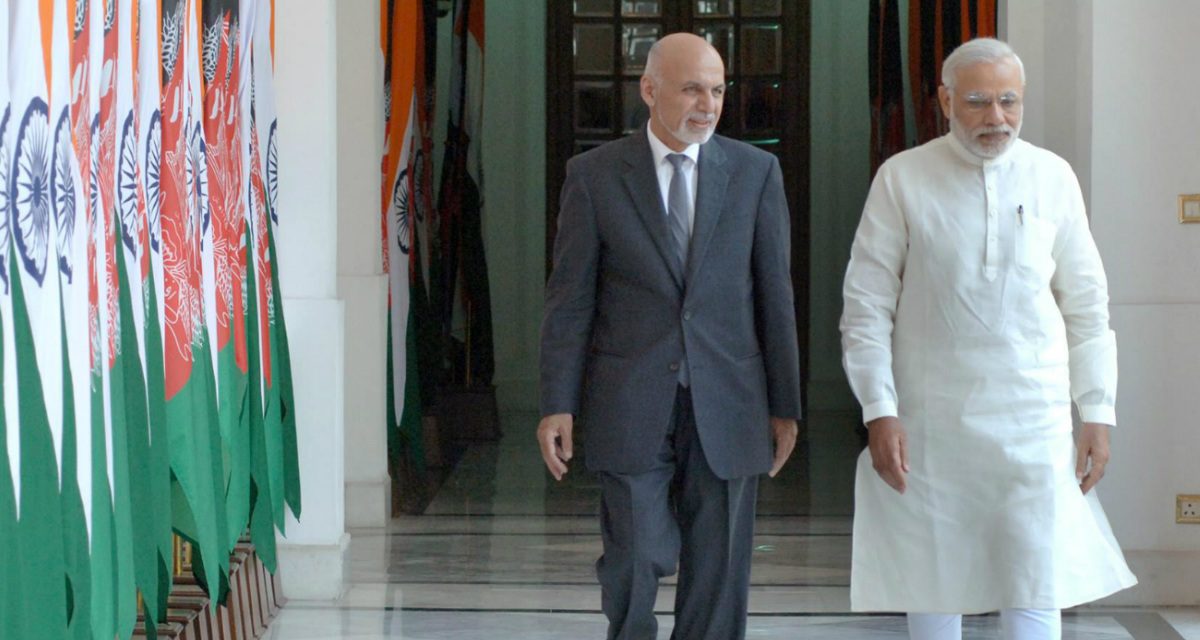 India’s historic move to end the special status of Kashmir and the spike in tensions between Pakistan and India over the change comes as Taliban peace talks appear to have reached a decisive stage. The decision threatens to create hurdles in the US efforts to make a peace deal with the Taliban.

Kashmir is Pakistan’s biggest political issue. British India was divided between Hindu and Muslim populations, but Kashmir was the only Muslim-majority state to become a part of Hindu-majority India. Since the independence of India and Pakistan in 1947, the two countries have fought three wars over Kashmir, including the Indo-Pakistan Wars of 1947 and 1965, as well as the Kargil War of 1999.

India has focused its attention on Kashmir with an eye toward the development of negotiations between the Taliban and the United States, and it will likely enhance its focus further with the progress of peace talks. In late July, the Indian government preceded the move to change Kashmir’s status by announcing a decision to send an additional 38,000 troops to the region.

There are several reasons behind India’s revocation of Article 370—the provision of the Indian constitution that grants Kashmir’s special status—and the timing. Officially, the Indian government has said that the move is intended to “improve good governance and deliver socioeconomic justice” in the region, as well as to spur investment, which was “seriously discouraged” by the special status.

But there are also security considerations at play. From 1947, several political groups in Kashmir struggled for autonomy. In 1989, however, as Soviet forces withdrew from Afghanistan, a violent insurgency against Indian rule began in the region.

Mujahideen veterans of the war in Afghanistan entered into Kashmir, which drove, in part, a change from a political struggle for independence for Kashmiris into a violent insurgency. That same year, 1989, attacks targeting the Indian Army intensified.

During the past four decades of largely constant war in Afghanistan, India’s role in the country has been limited—at least compared to other foreign states who have been heavily involved. But with the exception of the several years of Taliban rule, it has consistently supported the government throughout the years. As a result, militant anti-government groups, including the Taliban, have reserved a special enmity for India.

New Delhi, then, likely fears that after a settlement in Afghanistan and the pullout of US forces, the same religious militancy that rose in Kashmir after the Soviet withdrawal and the migration of militants to the region will return in force, and it will have the same effect it had in 1989.

If the Taliban’s fighting against the Afghan government and US forces is brought to an end by a peace deal, there is the prospect that some—worrisome even if it’s a small percentage—could turn their attention to Kashmir. The larger problem is posed by non-Afghan militants; going home is a dilemma for most of these ideological fighters. If, like their forebears thirty years ago, they turn their interest to Kashmir, it could bring instability that would potentially reverberate across the whole subcontinent. Last month, al-Qaeda chief Ayman al-Zawahiri asked Mujahideen to deliver “unrelenting blows” against the Indian Army.

Because of the change of the Kashmir’s status, however, the Indian government might hope that foreign fighters’ entering the region and fighting against the Indian state is made more difficult as Indian control is strengthened.

Moreover, the result of any peace deal will deteriorate India’s Afghanistan relations. The Taliban will be in mainstream Afghan politics, gaining key positions in government and voices against India will rise from the same parliament whose building India gifted to Afghans as a sign of friendship.

The developments in Kashmir have also taken shape at a time when Pakistan is playing an essential role in the Afghan peace talks, which have now reportedly entered a final stage. Since negotiations between the US government and the Taliban began last year, Pakistan’s government has released important Taliban leaders from prison and permitted them to travel to Qatar for the negotiations.

Pakistan strongly opposed the Indian decision to scrap the special status of disputed Kashmir and has suggested that it could undertake moves that would complicate ongoing peace efforts in Afghanistan. At present, India controls 45 percent of Kashmir, in the region’s south and east, while Pakistan controls about 35 percent of the total territory in the north and west.

Last week, Pakistan’s prime minister, Imran Khan warned India that “the time has come when we will teach you a lesson.” Soon after that, India’s defence minister, Rajnath Singh, said if talks are held with Pakistan, they will now only be on the issue of Pakistan-occupied Kashmir. And on August 15, Maj. Gen. Asif Ghafoor, the director-general of Pakistan Inter-Services Public Relations tweeted that three Pakistani and five Indian soldiers were killed in firing across the Line of Control, the de facto line that separates Indian- and Pakistani-controlled territory.

At the moment, there are clear signs of escalation, which will make it hard for Pakistan to focus on the Afghan peace talks.

Ending US involvement in the Afghanistan conflict and withdrawing US troops from the country is a priority for President Donald Trump because he wants to go into the next election campaign with a foreign policy triumph. Pakistan exercises greater influence than India over the negotiations and efforts to end the longest war in the US history.

There is a significant possibility that Pakistan will in fact link the Kashmir issue with the Afghanistan talks and its propinquity to the Taliban could trigger it to use the negotiations as leverage for a favorable resolution in Kashmir. Pakistan could end its cooperation with the talks unless the United States commits to helping resolve the Kashmir issue in its favor because Pakistan knows that it is much more important to the United States in Afghanistan than India is.

Furthermore, this position enjoys broad political support: the opposition leader in Pakistan’s parliament, Shahbaz Sharif, also told the National Assembly session last week that it was unacceptable that peace was being achieved in Afghanistan while violence continued in Kashmir.

After four decades of virtually continuous war in Afghanistan, in which so many have lost their lives, there is increased cause for hope of peace among Afghans. However, with the emergence of Kashmir as a volatile issue and mounting tensions between India and Pakistan, it seems Afghans might lose the opportunity for peace, and perhaps even see the war further escalated in their country.

Hizbullah Khan is a journalist and political analyst. He writes about South Asian political and security issues.