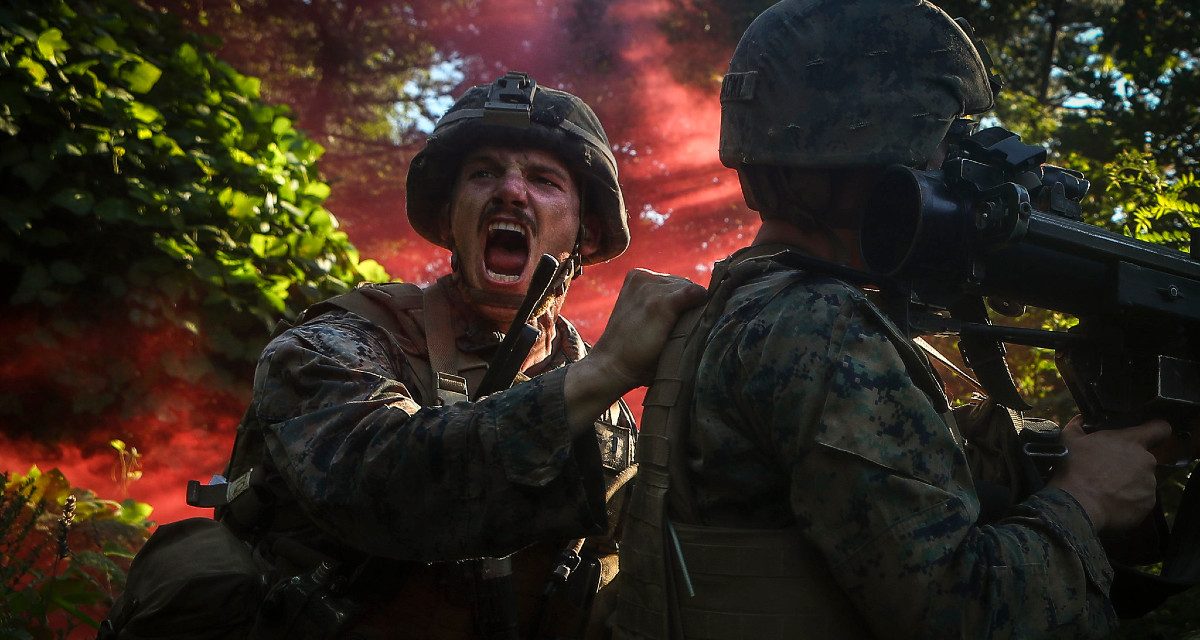 Retired US Marine Corps Col. Thomas Gordon provides a readily accessible and thoughtful handbook for leaders at all levels based on fifty leadership principles, often hard-won, he has learned over thirty years—first as a cadet at the Citadel and then throughout his career as a Marine armor officer and senior leader. I will admit my bias at the outset, and note that I had the privilege of getting to know Tom Gordon as a leader and mentor, and the author’s voice in the book is as genuine as he is in person. Early in the book Gordon describes how he kept scores of green notebooks that he scribbled notes in over the decades, including about both extraordinary leaders he sought to emulate and those whose example he wanted to avoid. It is evident that he has deeply and thoroughly struggled with questions about not only what makes a good leader, but what the purpose of leadership is—not only how you unlock the potential of your subordinates, but why they would follow you in the first place.

Wisdom is often wasted on the young, who may question whether they have anything to learn from old warhorses who have gone before them. Those who perhaps have the most to gain from Gordon’s observations may be put off by a title that suggests it may be a dry list. It is no such thing. Gordon’s insight is to have produced a work that offers principles but also allows readers to drill down as much or as little as they want into a topic and documents where one can devote further study. The book is organized by functional areas, like “Personal Development,” and then subdivided into chapters on individual principles, such as “Find Your Blind Spots.” After illustrating these principles, frequently with examples describing how he applied or improved his understanding of the principle being discussed in the chapter during his career, Gordon offers bullet-point summaries of the key points of the chapter. Each chapter concludes with a lists of recommended books that provide relevant background for those looking to explore the chapter’s themes in greater depth. Gordon clearly agrees with the importance of developing a five-thousand-year-old mind, as well as with retired Gen. James Mattis’s exhortation that a leader who does not read widely and study the thoughts of those that came before is “functionally illiterate.” Gordon’s erudition is evident by the breadth of the sources he has gathered together in the recommended reading list. Though an obvious fan of business leadership and management gurus such as Simon Sinek and popularizers of big ideas such as Malcolm Gladwell, his readings range widely and eclectically from military fiction and nonfiction to the American founders, the Greek and Roman stoics, and the Bible.

Already from the title, it is clear that Gordon’s primary audience are Marine officers and noncommissioned officers. This is both a strength (because it speaks to a specific target set that much of the hundreds of general business management philosophy books that are produced ignore or address only incompletely) and a limitation (as it may be off-putting to a wider audience). This is unfortunate, because many in the civilian world could benefit from his lessons if they can move past unfamiliar terms, like “deck,” “hatch,” and “third point of contact.”

One insight I found particularly noteworthy was set out early in the book when Gordon wrote that leaders set the conditions to grow other leaders. An illustrative example he uses is that of Buck Bedard. As a colonel, Bedard’s subordinate battalion commanders included Lieutenant Colonel Mattis (later secretary of defense) and Lieutenant Colonel Robert Neller (later Marine Corps commandant). As a major general all but one of his regimental commanders became three-stars themselves; and his assistant division commander, Brigadier General John Kelly, achieved four-star rank and became secretary of homeland security and White House chief of staff. Clearly, Bedard saw one of his primary roles was that of developing leaders.

The book is filled with useful tenets for leaders in their capacity as managers, such as “position yourself where the conditions are the worst or the friction is the greatest.” Others are as widely applicable as they are timeless. As I was reflected on the book during a long run, I thought about Gordon’s discussion of Thucydides’ account of the Thebans beating the numerically superior and legendary Spartan warriors through a commitment to their mantra of “one more, one more time.” Though it helped me push a little further in my workout, it serves the same purpose for almost anybody facing almost any challenge and speaks to the importance of developing the determination in subordinates to contribute to completing any difficult assignment, from finalizing a key business proposal before meeting with investors to grinding out the final few yards to push into the end zone. Still other reinforce Gordon’s consistent emphasis on leadership accountability, such as his suggestion that an officer should focus on those failing to enforce discipline rather than those who are lacking discipline.

Bookstore shelves are lined with too many offerings that look like Gordon’s, but are haphazardly thrown together by someone looking to cash in. Gordon’s list of principles make the book easy to organize, but the depth of thought he has given to each is apparent as he works to pass along hard-earned lessons to others coming up behind him. Gordon is, fundamentally, a teacher. His last assignment was as the director of the Command and Staff College at Marine Corps University, which gave him an opportunity to lecture, develop the curriculum, and set an example primarily to mid-level field-grade Marine officers. Upon retiring, he took on a new position as commandant of cadets at the Citadel. For those readers not in a position to learn directly from Gordon, however, Marine Maxims is a worthy substitute.

Christopher D. Booth is a career national security professional and served on active duty as a commissioned US Army armor and cavalry officer. He has extensive experience abroad, including assignments in the Middle East, Asia, and Europe. He is a distinguished graduate of the Command and Staff College at Marine Corps University. He graduated from Vanderbilt University Law School and received a BA from the College of William and Mary.