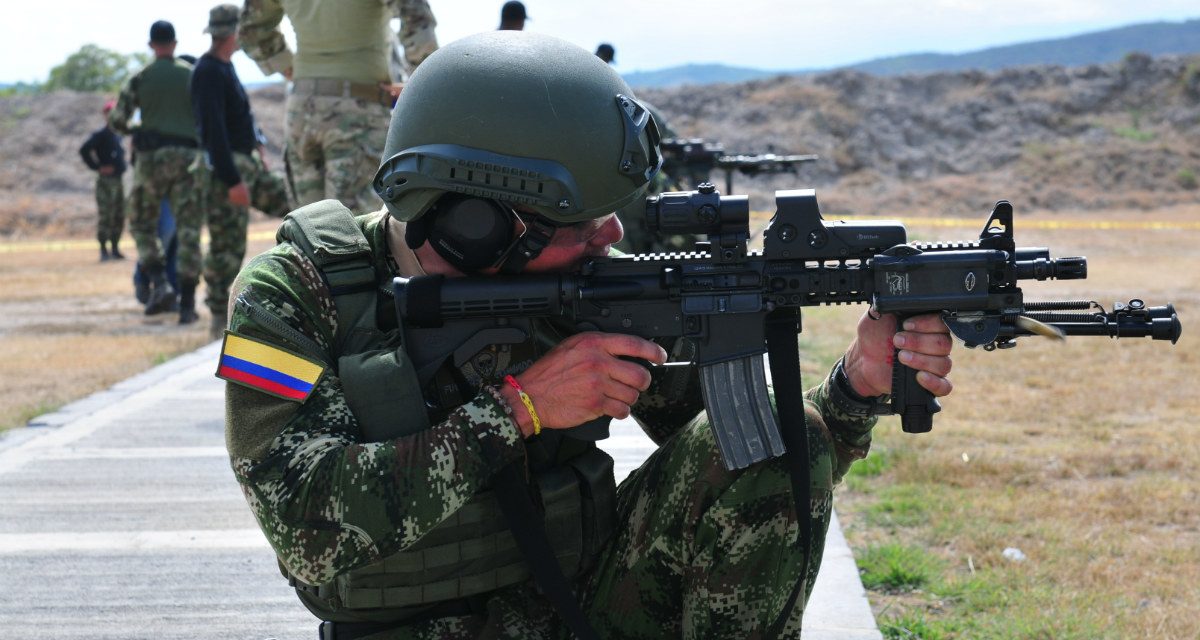 In 2016, Colombia achieved a remarkable success by seemingly bringing to an end the Western Hemisphere’s longest-running insurgency. The Revolutionary Armed Forces of Colombia (FARC) has been at war with government forces for more than fifty years. And yet here was a negotiated settlement by which two parties that had been fighting for generations agreed to lay down their arms—by which the guerrilla organization itself would be brought into the government’s formal power structures. The case raises important questions—not least for a US government that watches the clock on its own counterinsurgency efforts in Afghanistan tick ever closer to two decades. How was this possible? And are there lessons that can be exported and applied to other intransigent conflicts, like Afghanistan? The Modern War Institute at West Point recently led a research trip to assess these and other questions.

To be sure, the case of Colombia offers not a shining success story but a cautionary tale of how the US military can assist a foreign military and a weak government in fighting a counterinsurgency to bring about peace. A signed peace agreement does not mean that all is instantly well. In Colombia, attacks continue, as the January 2019 terrorist attack against the police academy in Bogotá highlights, and cocaine continues to emanate from Colombia at record levels. Although promptly rescinded, a recent order by the Colombian army to double the number of criminals and guerrillas they kill caused a swirl of controversy among both its rank and file as well as human rights groups, given the armed forces’ past track record of targeting civilians to reach quotas. Still, the conditions in Colombia are significantly improved from what they were a decade ago.

The research we conducted in Colombia focused particularly on three military aspects of the war: the controversial role of Plan Colombia—a US-funded program aimed at curbing narcotrafficking and internal violence; the disarmament, demobilization, and reintegration (DDR) process; and the presence of narcotrafficking and organized crime. Specifically, we aimed to better understand how each contributed to or posed challenges for the peace process and how countries resolve wars through negotiated settlements.

While the Colombia model of counterinsurgency may not be generalizable to all conflicts, it does provide military planners with several valuable lessons. First, external interventions like Plan Colombia are implements to peace but are not by themselves sufficient. The plan worked as a counterinsurgency strategy but was less effective as a counternarcotics one, given that the drug trade in Colombia continues to flourish—with ongoing ramifications for the peace agreement’s endurance.

Second, negotiated settlements to end civil wars require local ownership by the national government and military. Deals perceived as externally brokered will lack legitimacy among the populace. Plan Colombia’s success at creating the conditions to bring the parties to the table is owed to the fact that it was primarily Colombian-led.

Third, when both carrots and sticks are fundamental to lasting peace in negotiated settlements. The Colombian government has launched a nationwide “Victory Plan,” involving some eighty thousand soldiers and police officers to occupy newly vacated FARC strongholds. Its military also carried out a series of targeted strikes and cross-border raids against key FARC leaders, which paved the way for successful peace talks. Yet coercion alone is not enough to achieve peace—incentives for rank-and-file insurgents to disarm and rejoin society were vital.

Fourth, DDR poses one of the central challenges to successful war termination. To prevent a recidivism to violence, ex-fighters in Colombia must be given proper training, opportunities, health care, psychological testing, and jobs to make it worth their while. But they also must feel secure, especially in and around the camps where many of them are rehabilitated. Attention must also be paid to erasing the societal stigma these ex-guerrillas face and to provide them adequate security.

Fifth, drugs help fuel and fund conflicts like Colombia’s. Narcotics can turn an ideologically motivated rebel fighter into a profit-driven kingpin, which then can introduce different and sometimes perverse incentives for civil war termination. The ongoing challenge of combating the organized crime and drug trade in Colombia requires an integrated approach between the ministries of defense and interior. On one hand, to combat this kind of crime requires patience, diligence, and detective work by national police. On the other, to coerce insurgents to the negotiating table requires the threat or use of military force brought to bear to make the costs of continuing to fight greater than suing for peace.

Finally, artificial quotas to capture or kill militants are an ineffective form of counterinsurgency or maintaining peace, as they create undue pressure on senior military leadership, create conditions that lend themselves to suspicious killings and cover-ups, and can lead to fracturing within the military and strained civil-military tensions.

Given these findings, are there specific lessons that should inform the US approach to Afghanistan? After more than seventeen years of war since 9/11, there are increasingly calls for the government of Afghanistan to broker peace with the Taliban. While there are some that argue it would be unwise to reconcile with the Taliban, at least with its leadership at the present time, it seems likely that this war will not be won by decisive military victory by either side. And while it may last for many more years or even decades, the case of Colombia provides some useful lessons:

US-led operations in Afghanistan have yielded a high stack of tactical wins—at great cost—and yet strategic success remains elusive. Whether a negotiated peace can bring the conflict to a close, or even whether such a deal is possible, remains to be seen. But if a peace agreement represents a potential first step toward withdrawing US forces from Afghanistan, stakeholders in America’s longest-running war would be well served to consider these lessons from the Americas’ longest-running insurgency.

Lionel Beehner is an assistant professor at the United States Military Academy at West Point and director of research at the academy’s Modern War Institute.

Col. Liam Collins is director of the Modern War Institute at West Point. A career Special Forces officer, he has conducted multiple combat operations in Afghanistan and Iraq as well as operational deployments to Bosnia, Africa, and South America.