Lessons from Kabul: The US Military Must Resolve Its Air Mobility Dilemma 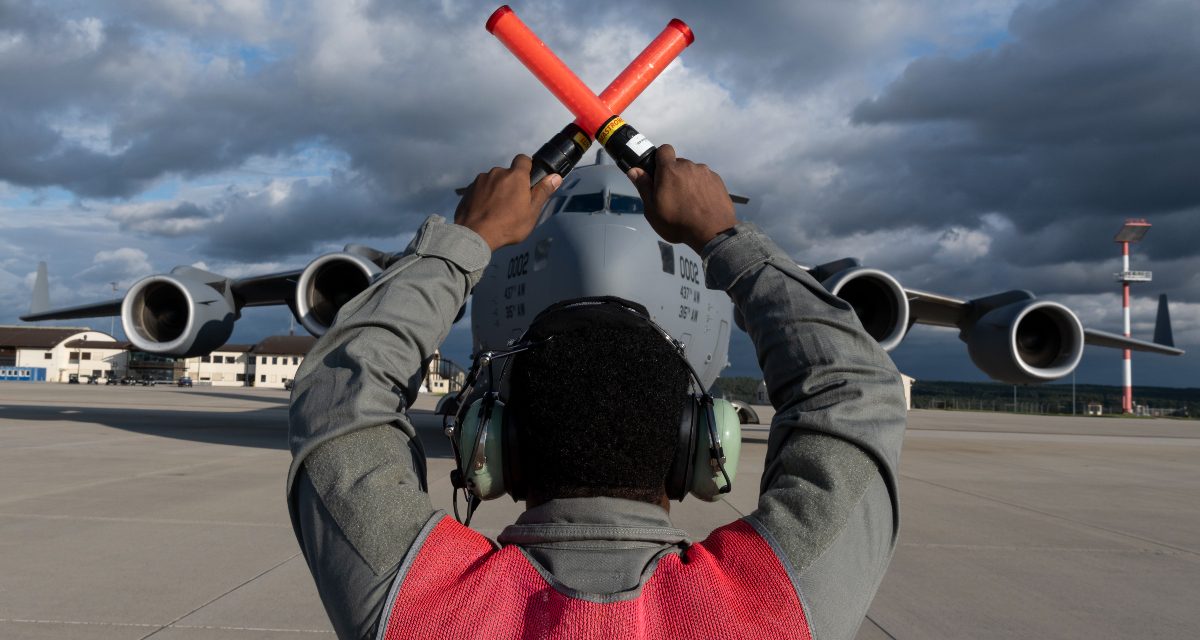 As a cargo aircraft jettisons flares as a countermeasure against any would-be missile attacks at Kabul’s international airport, the fragility of America’s single line of communication stands in contrast to the sea of Taliban flags encircling the airport. Here is America trying to extricate itself from twenty years of nation building in order to transition to strategic competition with China and others, and learning an important lesson for gray zone competition—the vulnerability of America’s air mobility lifeline. Rather than the final paragraph in a largely unfulfilled war on terror announced just days after the 9/11 attacks, the Dunkirk-like evacuation of Kabul is just the prologue to many great power competition adventures ahead.

To be relevant for gray zone competition, the United States must expand its global airfield access, strengthen its civilian airlift augmentation, and integrate air mobility equities more judiciously into its planning and execution. In a political environment where getting to the fight quickly with minimal casualties is the competitive advantage the United States must maintain, there will be no time to waste waiting for last-minute diplomacy or scrambling to find available aircraft and aircrews. Overwhelmingly, America’s military operates in competitive interactions that fall between open warfare and peace and airports are the jugular vein to almost every operation. Accordingly, while political decisions may constrain the optimal military options, DoD should prioritize strengthening its air mobility resiliency to minimize the danger that it cannot persevere against other great powers and their proxies.

As America stays engaged with its partners across the Pacific, Europe, Africa, South America, and in the Middle East, adversaries will seek to target its air mobility capabilities. Gray zone competition requires “fight tonight” forces mobilizing with little to no warning, and US adversaries gain an advantage if they can limit the effects of air mobility or apply political and economic leverage to deny airfield basing. America’s competitors triumph if they win the information war and create conditions similar to those that prevailed at Dien Bien Phu, where a lack of domestic public support denied military resources for France to fight. Similarly, the devolution of the Afghanistan campaign from a disappointing counterinsurgency into a humiliating military exodus is prima facia evidence of the costs when government decisions fail to account for mobility realities.

Gray zone competition shoves political, military, and societal elements into collision in unpredictable and unique ways. As demonstrated by the interactions between Russia, Iran, and the United States over Syrian airspace, America can expect to face the uncertainty of where and how the next competitive space will open up. Almost certainly, it will require airpower to get to the fight (or in the case of Afghanistan, extricate itself from it). Regardless of its form, gray zone competition will in some way revolve around security and access to an airport.

The complex security situation in Afghanistan demonstrates the fatal blunder of abandoning a robust air line of communication for a single commercial airport. The implosion of the Afghan army aside, it would seem prudent to plan for a worst-case scenario in a land famous for worst-case scenarios. While the nineteenth-century’s Great Game and the 1980s’ Soviet occupation popularized Afghanistan as the graveyard of empires, there is historical evidence that poor logistics planning was a key contributor—such as when the British left their supplies outside their defensive perimeter in Kabul. History reminds us that logistics determines the results of military options as often as raw combat power, and America can expect to face air mobility challenges whether organic or self-imposed.

America’s ability to project power by airlift, what the US Air Force calls “rapid global mobility,” or RGM, is the Air Force’s one-of-a-kind capability that enables America to employ dynamic force employment and introduce unpredictability to adversary decision makers. Even as RGM underwrites the joint force’s ability to deploy and engage where and when it chooses, the Kabul airlift should invigorate decision makers to prioritize logistics sophistication in military planning or risk mission failure.

The first step to improve mobility options is to increase DoD’s airfield access across the world, which will undoubtedly require diplomacy and economic investment. While some may criticize the extent of overseas US bases as the modern-day equivalent to the British Royal Navy’s reliance on global coal stations across its empire, the Kabul airlift reinforces the need for a reliable, integrated, and worldwide network of air mobility options. The fact that America had to pause evacuation flights out of Kabul underscores the need to have multiple airfield options not only based on capacity, but on legal, political, and societal considerations Whether one considers overseas basing as a risk, a tangible signal of US resolve, or a combination thereof, the United States must establish a redundant, adaptable system of airfields it can operate to at a moment’s notice with host-nation permission. For while today the issue may be receiving refugees—tomorrow the United States will need a host nation to allow munitions transloading even as the adversary tries to deny access through economic pressure and information warfare. Therefore, the United States must persuade its allies and economic partners that airfield access is part of the price tag to benefit from the security commitments of the United States and maximize the number of mobility airfields to avoid a single point of failure.

Next, the United States must strengthen its civilian augmentation. America’s current construct of the Civil Reserve Air Fleet (CRAF) is satisfactory for routine support such as moving passengers to and from secure locations and for peacetime movements of DoD passengers and cargo to the combatant commands. However, in a contested environment where there needs to be a rapid surge of support into uncertain environments (such as Kabul), DoD should develop an expeditionary CRAF by maintaining a pool of civilian aviators dual-hatted in the reserve component, available for activation along with the aircraft they are flying, and integrated in the military’s command-and-control network. Previously, in Operation Desert Storm, CRAF aircrews refused or delayed military missions due to threats, and unsurprisingly DoD planners would not have been able to fly CRAF out of Kabul even if the situation had demanded such a course. Maintaining the status quo of a purely civilian business operation (which at its core relies on volunteerism) leaves military planners uncertain as to whether the CRAF will be available when there’s a crisis or more critically when DoD needs to execute Agile Combat Employment as envisioned in a China scenario.

Finally, DoD must incorporate mobility planning more deliberately into its contingency planning and execution. This will prevent the supported command from just assuming logistics will be there as an obedient support function. In my career, I have consistently witnessed military operations where non-logisticians simply dismiss wicked mobility problems and don’t include mobility planners in course-of-action development. The consequence of this moral hazard, where combat-focused planners assume away mobility risk as another person’s problem, is that it fails to ensure that air mobility can operate at the volume and tempo needed in the contested environment. Accordingly, DoD must prevent a catastrophe by assigning mobility experts and liaison officers into every exercise, operational plan, and contingency that involves transportation, and not just the high-visibility events such as airlift for long-range precision fires or airborne assaults.

As the military engaged in a herculean effort to get out of Kabul, it has also incurred physical and mental costs that will not go away now that the last aircraft has left. It is a shame if DoD doesn’t embrace the lesson that a robust air mobility enterprise is the precursor to success in the gray zone. By increasing basing infrastructure, improving commercial augmentation, and incorporating mobility planning, DoD can optimize its vital air mobility lifeline in gray zone competition.

Phillip Surrey has nineteen years’ experience in air mobility, combining assignments as an airlift contracting officer, an operational planner for Air Mobility Command, and now a senior intelligence analyst. He is also a joint planner in the Illinois Air National Guard and a graduate of the National Intelligence University and Marine Corps Command & Staff College. Phil can be reached at phillip.surrey@gmail.com.

The views expressed are those of the author and do not reflect the official position of the United States Military Academy, Department of the Army, or Department of Defense, or that of any organization with which the author is affiliated, including the US Air Force.