Light, Mobile, and Many: Rethinking the Future of Armor 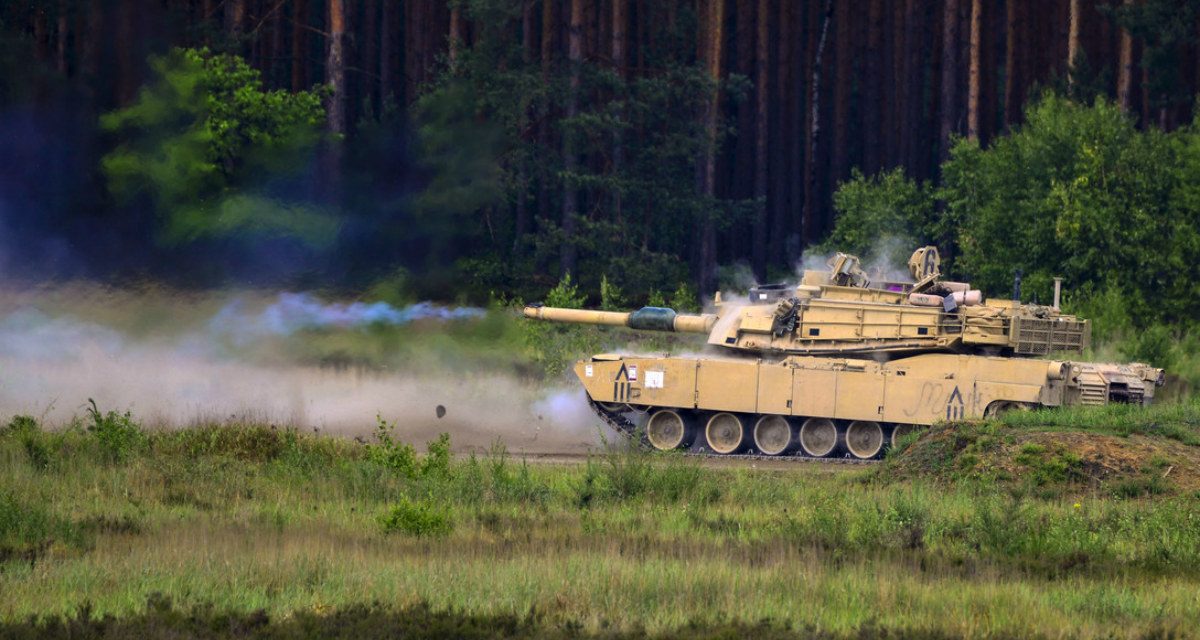 Since victory in World War II, the United States Army has leveraged the nation’s economic prowess to invest in increasingly heavy, technologically complex combat platforms. Our appetite for armor is clear, and comes from the belief that maximum protection, firepower, and technology, combined with the cognitive skill of the all-volunteer force, will produce the most supreme mechanized units on the battlefield. During Operations Desert Storm and Iraqi Freedom, and portions of Operation Enduring Freedom, this concept proved valid, as American Abrams tanks, Bradley infantry fighting vehicles, and later Stryker armored fighting vehicles twice devastated Saddam Hussein’s army and helped seize Taliban-controlled territory in Afghanistan. These campaigns, though, will likely be markedly different than the multi-domain battlefield against a peer adversary the Army anticipates in the twenty-first century. Rather, the struggle for temporary periods of supremacy in air, sea, land, cyber, and space, coupled with the increasing vulnerability of battlefield supply lines, will prove increasingly challenging for our current armored formations, requiring a fundamental shift in the acquisition, training, and employment of our mechanized forces.

The Challenges with Heavy Armor

The US Army’s appetite for large and heavily armored combat platforms inevitably brings with it the burden of sharply increased maintenance demands. On top of these increased demands, maintenance personnel are challenged further by the increasing complexity of highly technical systems within modern armored platforms. Much like the way in which, during campaigns against Poland and France in 1939 and 1940, the German Army was able to sustain its maintenance program with spare parts and available skilled labor due to low overall demand, only to struggle keeping up its maintenance as the war continued, the US Army may find itself in a state of relative complacency given our ability to maintain our armored vehicles during recent operations in Iraq and Afghanistan. Germany’s highly centralized and ordered maintenance program during the campaigns of 1939–1940 was thrown into chaos and disarray by the ferocity of the campaigns against the Soviet Union in late 1941 and 1942. This led to systematic decentralization of maintenance personnel, where expertise had to be scattered throughout the battlefield and as close to the front line as possible. As maintenance decentralization becomes similarly required in the near future for the US Army, our 70-ton Abrams tanks and 30-ton Bradley fighting vehicles, will put in place markedly heavier maintenance demands than the 50-ton Russian T-90 tank or 20-ton BMP-3 combat platforms. The idea of the Abrams main battle tank, with the most advanced technology and heaviest armor of any combat vehicle on the planet, makes sense on a battlefield where the United States remains uncontested in every domain; however, this is not likely to be the case in future high-intensity conflict.

The United States continues to face the particular challenge, compared to potential adversaries like Russia and China, of needing to travel enormous distances in order to be politically and militarily relevant in strategically important regions like Eastern Europe and Asia. For Europe in particular, unlike in the Cold War, the US military does not maintain multiple Army corps ready for frontline action. The mobility of rotational and stateside armored assets and other combat platforms will prove key to bringing US military power to bear in future competition. The heavier tanks become, the more difficult the mission to move them across the theatre of combat. The Suwalki Corridor, 100 kilometers of key terrain that separates Russia’s Kaliningrad exclave from Belarus remains a choke point for NATO forces reinforcing our Baltic NATO allies in the event of a crisis and could prove a unique challenge for moving US armored forces in a rapid defensive mission. Should mechanized forces choose to conduct a road march, there are only two supply routes leading into Lithuania, with only one currently capable of supporting fully combat-loaded Abrams or Bradley vehicles. Even if they could conduct a road march, sustaining an Abrams tank, which requires refueling every eight hours during operations, would severely challenge US logisticians and place logistics assets at significant risk to observation and both direct and indirect fires.

Moving armored assets via rail would prove equally challenging due to the difference between the European-standard gauges used across in Poland and the Soviet-built railways of a different gauge connecting Lithuania, Latvia, and Estonia. While the challenge of re-engineering to the European gauge is a collective challenge for NATO, the propensity of the United States military to build larger and heavier armored combat platforms, and insist that the twenty-nine–nation alliance keep pace with subsequent upgrades to its roads, bridges, and rail platforms exacerbates the problem. Russian forces, in comparison, enjoy a marked mobility advantage by combining expert railway operations, geographical proximity, and lighter and less fuel-consuming platforms, which results in a rapid delivery of massed combat power, ready for high-intensity conflict at what amounts to a moment’s notice, as demonstrated by the 2017 Zapad exercises.

Water crossings are another major challenge for US armored platforms. Neither the Stryker, Bradley, Abrams, nor the Humvee are amphibious, meaning they rely on a limited supply of engineering vehicles, soldiers, and capabilities in order to conduct a river crossing. This may not have posed a problem in Iraq or Afghanistan, where US military domain dominance was always assured. However, when all domains are heavily contested, US reliance on specialty soldiers and equipment, who will become key targets for the enemy and are subject to their own extensive maintenance requirements, may prove highly detrimental to future US Army mobility in a peer fight.

These are major problems that will require long-term solutions. But it is vital that the Army starts to think through these solutions today. Here’s where to begin:

As the US military looks to build new armored combat platforms, it must consider how to achieve decisive lethality while maximizing ease of production, maintenance, and mobility. Reducing the tank crew team size to three, or even two, by introducing an autoloading feature, and having the tank commander also serve as the gunner and backup loader will generate many benefits critical for success on the multi-domain battlefield. First, a smaller platform reduces the maintenance requirements, fuel consumption, and overall target signature. Secondly, a drastic cut in overall weight increases the platform’s mobility, allows for the possibility of amphibious crossings, increases bridge-crossing capability, and facilitates movement by rail.

Smaller crews would allow US forces to experiment with new formations, with the possibility of either increasing the size of the tank platoon (e.g., to six or eight platforms), or adding a fourth organic platoon to the tank company formation. Regardless of what is the right answer, the decrease in crew size must be accompanied with units conducting internal training experiments to determine proper task organization for maximum battlefield lethality.

In addition to reducing crew size and enlarging armored formations, an important step would be increasing the use of unmanned ground and aerial vehicles, capable of conducting intelligence, surveillance, and reconnaissance (ISR) operations far from the company headquarters. Currently, unmanned aerial vehicles reside at the company level, with limited ability to conduct ISR missions at the platoon and section level. As the multi-domain battlefield becomes more dispersed and lethal, there will continue to be increasing requirements for immediate information regarding the composition of nearby enemy forces and terrain. Should the tank platoon or company grow in size, task organizing unmanned aerial and ground platforms to the platoon and section level will enable small units to make quick decisions to rapidly outmaneuver the enemy—a key component of the Army’s emerging multi-domain operational concept.

There are, to be sure, challenges and drawbacks to decreasing armored vehicle size. Lighter platforms may struggle to maintain the same firepower and protection of a modern Abrams. The first and foremost question of the future platform, however, should be what are the needs of the multi-domain battlefield of tomorrow? Regarding firepower, if an increased number of platforms per platoon, coupled with increasing weapons technology, is more lethal tomorrow than the 120-millimeter cannon of today, then the solution is straightforward. And regarding protection, if smaller, more dispersed platforms, with more sister platforms covering each vehicle’s flanks, is more capable of surviving the battlefield of tomorrow than the gigantic Abrams of today, again the solution is straightforward. Training for this new concept of decisive lethality, to include more numerous, lighter platforms with increased unmanned vehicle incorporation, must be extensive, requiring updates and revisions to doctrine.

As the US military looks to upgrade its armored combat vehicles and formations, enemy and terrain considerations of the multi-domain battlefield must take foremost consideration. Continuing to rely on large, heavy vehicles that assume Desert Storm–like domain dominance, combined with an implicit but unproven assumption that the next war will allow total economic mobilization akin to that of World War II, is a recipe for military irrelevance on the future multi-domain battlefield. Rather, the US military must consider acquiring and training on lighter vehicles, with smaller crews, allowing for larger tactical formations at the platoon and company level, augmented with increased unmanned vehicle integration at the platoon level. This will decrease maintenance requirements, while boosting mobility, lethality, and overall ability to fight and win on the battlefield of tomorrow.