What the Long Gray Line is Made Of 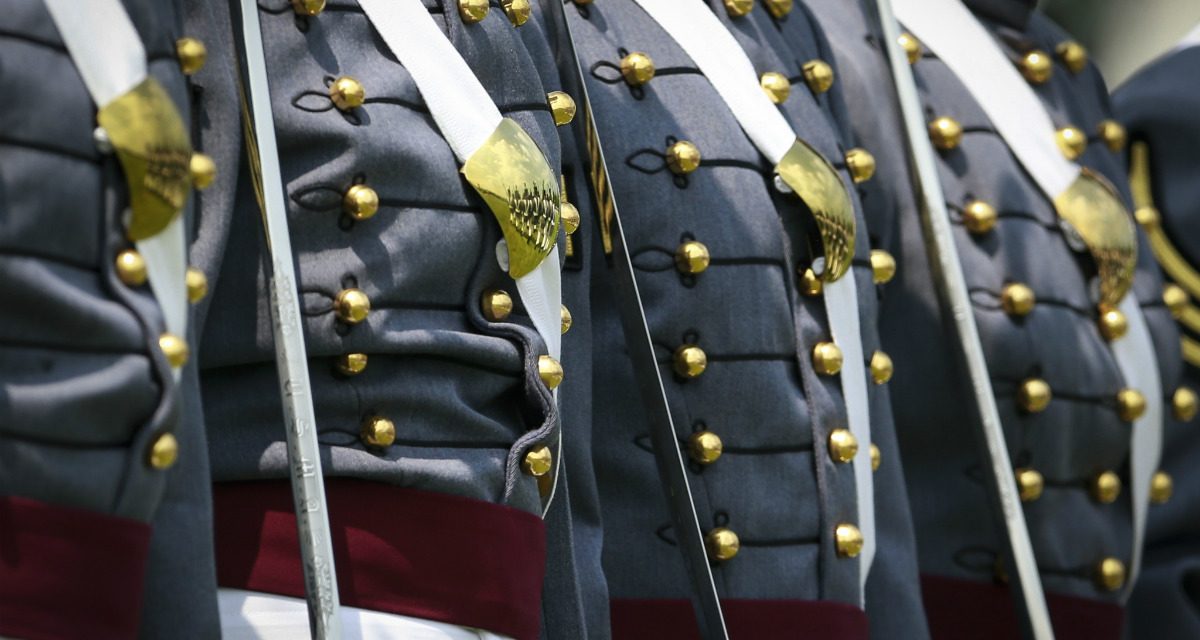 On Saturday, over 950 cadets will graduate from West Point, receive diplomas, earn their commissions, and officially join the 73,386 members of the Long Gray Line (of which approximately 50,000 are living).

The graduation speaker, Secretary of Defense (and retired General) James Mattis, will likely treat those in attendance to some learned thoughts on our world, wars, and warriors—in so doing, he will almost certainly make mention of the Long Gray Line, echoing other noteworthy speakers there, including Chairman of the Joint Chiefs Gen. Martin Dempsey, First Lady Michelle Obama, and President Barack Obama, who all recently deployed this honorific for West Point’s graduates.

The Long Gray Line has achieved a sort of mythical status over time. Beyond prominent speeches, journalist and author Rick Atkinson’s bestselling book, The Long Gray Line, was based on his 1982 Pulitzer Prize-winning reporting on West Point’s Class of 1966. Hollywood advanced the phrase with the 1955 film, The Long Gray Line. And it’s been lionized in American rhetoric through retired Gen. Douglas MacArthur’s famed 1962 “Duty, Honor, Country” speech, in which he reminded the cadets that “the Long Gray Line has never failed” the nation and to do so would disappoint “a million ghosts in olive drab.”

But beyond popular culture and pithy catchphrase, what does the Long Gray Line really mean today? In an age when some question the need for military academies, what is its value? Beyond the slogan, what does it represent?

Having gone to West Point and after serving as an assistant professor there, I feel well positioned to provide some insight into its inner workings and how one knot on the Long Gray Line shapes and strengthens another, which, in turn, may deliver some testimony to West Point’s worthiness in building leaders of character committed to an ethical defense of this nation.

Myself a 2002 graduate, forty years separating us, Don Snider (West Point Class of 1962) taught two of my social science courses during my senior (“firstie”) year. A retired colonel that served three tours in Vietnam and in key national security roles, he was also an academic and professor. Armed with an impossible-to-tune-out voice, Snider was impressive to cadets for the things he had accomplished, the posts he had held, and the education he had achieved. All served to maximize the precision with which his lessons hit their mark.

But it was much more than just the facts. It was my first encounter with wisdom that stretched well beyond a syllabus; a yearlong education in ethical life as a military officer. I will never forget one such lesson in which the class discussed the inappropriateness of political activity while in uniform. I raised some minor counterpoint, to which, with firm rhetorical conviction, Snider replied: “Who do you want to be? An employee? Or a professional, a self-abnegating servant of the nation?” And there was his keynote speech at a West Point formal event in 2000, in which he differentiated military careerists from true professionals, and how these truly professional officers ought to judge success in life: not with badges, but by looking into “the eyes of your soldiers, at the smile of your spouse, and into the hearts of your children.”

I aim to live by these words. The paradoxical truth is, while I don’t have a traditionally close, personal relationship with him, outside my parents and immediate family, he has undoubtedly had the most profound influence on the course my life has taken. And that is the clearest expression of the Long Gray Line. It gives us a real model of who we should aspire to be; a vision that subtly pulls us toward our better selves. It gives us a real voice repeating other-worded versions of “Duty, Honor, Country”; mantras that inspire us to push past the toughest moments for the greatest good. Don Snider was, and still is, that model and that voice for me. These matter at war.

In the longer view, his impact instilled a good-natured sense of indebtedness that continues to spur me to strive to pay forward this blessing on to the next generation—to serve in kind, as a model and a voice, for another.

Once, at a lecture, I was asked by a civilian college administrator how West Point delivers character education. I didn’t have a good answer then.

But over time, I’ve come to see that it is this unique critical mass of mentorship that exerts a distinctly positive influence on a West Point graduate’s moral and professional life. Difficult to measure, yes; hard to understand, sure. Yet it’s real, it’s there, and one by one, moment by moment, it shapes leaders of character as the river molds the rock, ready for the nation’s next call.

For me, it’s what pushes the desire to achieve something great—that someday, I might reach across the Long Gray Line’s next forty years and have the strength to grip hands with a member of the Class of 2042—just as Snider has done for me. That’s what the Long Gray Line is made of.

Maj. ML Cavanaugh is a US Army Strategist, a Non-Resident Fellow with the Modern War Institute at West Point, and a member of the Wounded Warrior Project’s Advisory Council.