To Maintain Spheres of Influence, U.S. Must Engage 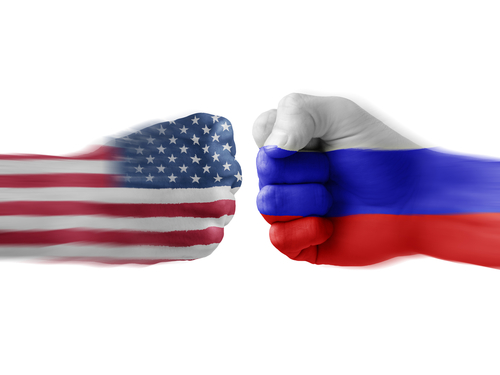 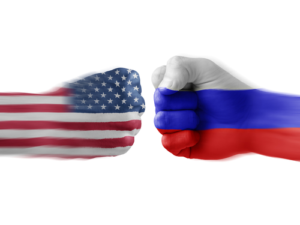 In a recent article posted on War on the Rocks, former Ambassador Chas Freeman pleaded for American strategists to seek partnerships rather than a never-quite-complete unilateral dominance of the world. Today, the United States maintains a sphere-of-influence that, Americans would like to believe, extends the entire world over. As threats mount and capabilities struggle to keep up, the U.S. faces challenges it cannot conquer alone. Some of the world’s most intractable problems were caused by unilateral American decisions and can only be solved by uniting disparate states – and non-states – unlikely to willingly acquiesce to alliances. Take the Islamic State – defeating it will require a solution borne of Saudis and Iranians, Syrians and Turks, Americans and Russians. Pretending the U.S. alone can solve the world’s problems is an idea shrouded in arrogance and destined to fail. Solving today’s global challenges require strong partnerships, and partnerships require an understanding and acknowledgement of other countries’ fears and interests.

Russian-American relations provide one such example. Vladimir Putin rejects American claims of a global sphere of influence. Russian geopolitics rest on the idea that U.S. power has run amok and often does more harm than good. Putin predicates his strategies today on the idea that regime change is an insidious American attempt to expand and entrench a sphere-of-influence aimed at containing his country. Russia fears the encroachment of NATO in historically – and oftentimes, ethnically – Russian territory. American leaders have responded to these beliefs by reacting in ways that reinforce them – expanding military aid to Ukraine and other Eastern European states, publicly seeking regime change in Syria, and conducting drone strikes in any country, seemingly regardless of sovereignty.

Vladimir Putin has one goal: re-establish Russia on the global stage as a significant, respected actor. His methods to achieve that goal, however, are conflicted. He has alternatively attempted to portray Russia as a responsible world power capable of contributing solutions to global problems and, in other situations, caused problems that undermine the international order created and run by the U.S. In Syria, by offering to help remove chemical weapons used by the Assad regime, Putin sought partnership with the U.S. to present his country as amenable to potential solutions without resorting to regime change. Conversely, in Georgia in 2008, Ukraine in 2014, and the Baltic Sea today, Putin is seeking to ensure NATO receives the message that Russia maintains its own sphere of influence within which the West – particularly the U.S. – cannot interfere.

Fifty years ago, during the Cuban Missile Crisis, President Kennedy chose to respond to a constructive Soviet missive while ignoring Khrushchev’s second, more strident letter. Policymakers would do well to respond similarly to Putin by ignoring his provocations in Eastern Europe. The West ought not to be fooled into thinking Putin wants a return to the Cold War standoff that characterized the 20th century. Two articles on War on the Rocks indirectly illustrate the folly of returning to Cold War standoffs. They both outline the ways in which the EU and U.S. are outgunned and out-manned in Eastern Europe and argue that to balance Russian strength, frantic modernization and massive commitments of American forces are required. Yet, these articles misunderstand Putin’s intent, American strategy, and advocate actions that would exacerbate international tensions.

First, the U.S. must understand that it while it expects countries like Russia and China to become responsible world powers that operate within the international framework, it too must abide by these same rules. The U.S. cannot view the world over as its own sphere-of-influence. Today, the U.S. seeks UN approval; without it, American politicians seek NATO support; without that, they are too willing to go it alone. The U.S. would do well to understand why Putin flouts international conventions at will. By seeing international affairs through the eyes of another, the U.S. might be more critical and circumspect about supporting the expansion of NATO and the EU and support for regime change in places like Libya, Iraq, and Afghanistan.

Second, a new Cold War does nothing to advance American interests – instead, it unnecessarily recreates the dark days of great power struggle while draining resources away from more significant fights against fundamentalist Islam in the Middle East, Africa, and the West. Russia and the U.S. face similar Islamist demons across the world and should unite their efforts against al-Qaeda, the Islamic State, and terrorists in southern Russia. Demonizing Russia will increase Putin’s incentive to destabilize the Middle East by supporting the Assad regime and supplying Iran with technology like the S-300 missile system capable of denying U.S. air superiority over the country. Today, the U.S. military barely possesses the capability to pivot to the Pacific while maintaining an effective presence in the Middle East. Adding major new requirements in Europe will stretch the American military past its limits to a breaking point.

Instead, the U.S. should maximize its power by seeking partnerships with countries that can help policymakers accomplish their goals. Engagement with countries like China and Russia will do more to Westernize them than will conflict and standoff. The U.S. must maximize its cultural and economic power to build ties that bind Russia and China into the modern international order. Accepting China and Russia as partners will require the U.S. to relinquish its belief in a global American sphere-of-influence. The U.S. will not remain a unipolar hyper-power. Politicians and the public alike must accept that America cannot call every shot and will not get its way in every international issue. This strategy accomplishes two goals. First, it decreases the likelihood of major war while preserving a system favorable to American interests and second, it allows U.S. leaders to focus time, resources, and manpower on the most pressing geopolitical task today: defeating fundamentalist Islam.

2LT John Radcliffe graduated the University of Virginia in 2014 with a double major in History and Foreign Affairs. He is an Ordnance officer currently serving as a Company Executive Officer. The views expressed in this article are those of the author and do not reflect the official policy or position of the Department of the Army,Department of Defense, or the U.S. Government.
Share on Facebook Share
Share on TwitterTweet
Share on LinkedIn Share
Send email Mail
Print Print