Maintain the Standards: Why Physical Fitness Will Always Matter in War 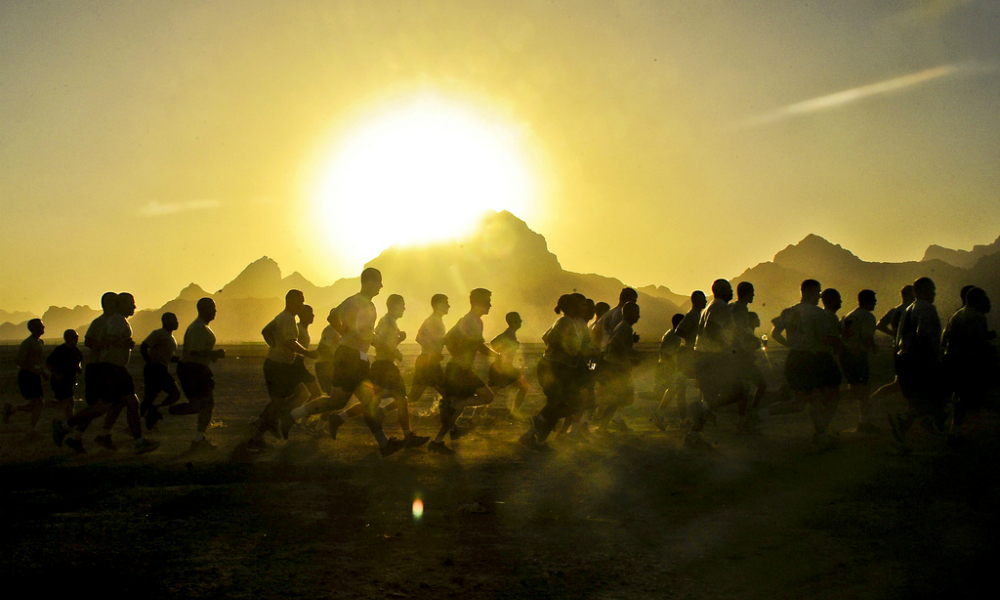 An important debate (though not necessarily a new one) has been brought to the forefront by two recent articles. In the first, Maj. John Spencer and Dr. Lionel Beehner argue that declining physical fitness in our nation is adversely—and dangerously—affecting our military readiness, and in turn, our national security. This is not a new argument; the authors echo a case made more than fifty years ago by John F. Kennedy just prior to his inauguration as president. In a subsequent response article, Maj. Jahara Matisek disagrees. He concludes that despite obesity rates that continue to grow in America, we have more than enough physically fit potential recruits in the country, and that the real problem is a chronically underperforming educational system that risks America being left without the cognitive fitness necessary to win the types of wars the United States will most likely find itself fighting in the future. I agree wholeheartedly that an intellectually fit society is critical to our military’s future success on the ever-changing battlefield. However, in presenting that argument, Matisek pushes the importance of physical fitness to the periphery, and implicitly understates the vital role physical fitness will continue to play in securing victory in our nation’s future wars.

In the summer of 2012, in east-central Afghanistan’s Wardak Province—in the middle of the type of small war Matisek says the US military is most likely to fight in the near future—a young combat engineer officer that I later had the honor of serving with was woken in the middle of the night by his commander telling him that he needed to get his route clearance platoon ready to roll out. The platoon needed to relieve a route clearance patrol that was no longer combat-effective. That lieutenant and his platoon promptly prepared for the mission and departed the combat outpost. They wouldn’t return for over fifty hours.

In those fifty hours the platoon endured multiple engagements. They were engaged by improvised explosive devices and direct fire from insurgent forces. For fifty hours that platoon leader had to fight, he had to walk over rugged terrain at an average altitude of 8,000 feet, and his platoon couldn’t stop to sleep except for a four-hour halt at a small COP. In those fifty hours the platoon leader and his platoon sergeant had to manage communications with their platoon, the infantry company securing their peripheries, and rotary- and fixed-wing assets making precision attacks against the ground enemy they were fighting, and had to provide reports to their company and battalion headquarters. The level of both cognitive and physical stress placed on the platoon’s soldiers is immeasurable—which is why it is incredibly dangerous to suggest that one aspect or the other of the human machine is more important.

Yes, I just equated human beings to machines—machines with two components, physical and cognitive. And just like any mechanical machine—a vehicle, for instance—the human machine needs to run regularly to keep its components from deteriorating and potentially breaking when called upon. For the human machine’s physical component, this means the body needs to be tested to find its limits, on occasion, and efforts need to be undertaken to extend those limits, so that when the fifty-hour mission comes the machine can continue to operate without failing. And make no mistake: in war, those missions and others that stress the body will come.

It is vital for our society to produce intelligent soldiers, something Matisek rightly concludes is vital to maintaining operational dominance. But he also writes that “this dominance will require cognitive fitness being held in higher regard in military culture, which would require substantial reductions in physical fitness standards.” We place ourselves on a slippery slope if we decide that this erosion of physical standards is an acceptable cost.

The chief of staff of the Army approves an annual publication of common “Warrior Tasks,” along with associated “Key Tasks”—derived from STP 21-1-SMCT, “Warrior Skills Level 1”—that all soldiers are expected to be able to perform, regardless of their military occupational specialty. There are presently fourteen Warrior Tasks and four “battle drills” specified as common for the entire US Army. Navigating from one point on the ground to another while dismounted requires an obvious level of fitness, especially if it’s done under combat conditions where slow may equal dead. Performing hand-to-hand combat will save the life of a support soldier should our enemies breach the defenses protecting them. Protecting yourself from a chemical, biological, radiological, or nuclear attack with the JSLIST protective suit puts a strain on your body—it is bulky, hot, and uncomfortable—but it’s a strain that any soldier needs to overcome in order to continue doing his or her job. Even for those military jobs that require the comparatively highest cognitive abilities, being able to complete these physical tasks is a necessity. Moreover, if we are to expect that our soldiers can perform their duties under all conditions, be they combat or non-combat jobs, we cannot ignore that cognitive and physical fitness are inextricably linked—especially when the body is placed in austere conditions. Instead of sacrificing high physical standards to invite smart people into the military, the smarter approach is to increase the level of fitness for those smart people to keep them resilient, healthy, and durable.

For the United States to be successful in the battle field of the future we absolutely need to invest in our human capital. Increased emphasis on STEM, social sciences, and psychology is important to the missions of our military. The ability to “grow our own” skilled workers and intellectual brainpower, which Matisek suggests we’re struggling to do, is critical. We cannot however, favor the development of these brilliant minds over that of their bodies. A machine functions when all of its components are maintained and in sync, and it must be “put in the red” often enough to ensure that when adverse conditions develop—and they will—the machine can continue to perform.

Capt. Nick LoRusso is an engineer officer in the US Army and currently the course director for Military Science 200 at the United States Military Academy. This article is an unofficial expression of opinion; the views expressed are those of the author and not necessarily those of West Point, the Department of the Army, the Department of Defense, or any agency of the US government.