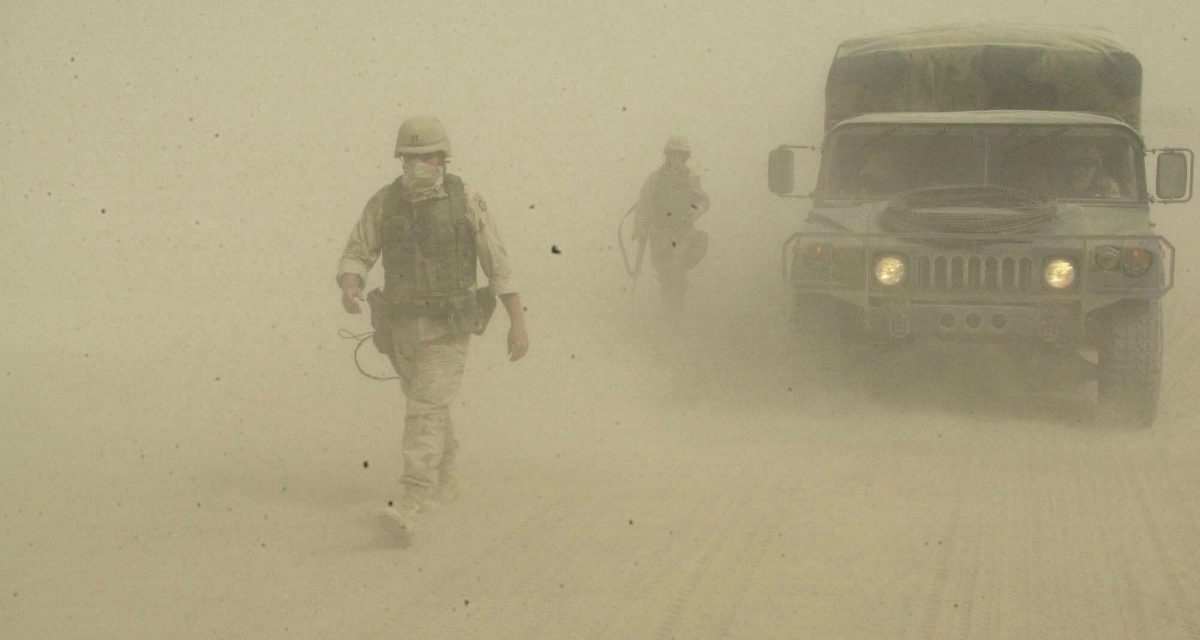 Major John Spencer recalls his first tour of duty in Iraq as a year of improvisation, ingenuity, and the kind of inventiveness that’s born of necessity. It was 2003, and Operation Iraqi Freedom was underway, an action that would last three weeks before Baghdad fell, and three more weeks before “major combat operations” drew to a close.

Though the conflict in Iraq has continued for many years, the invasion itself drew to a rapid conclusion–despite the fact that many of the more than 300,000 allied soldiers who took part found themselves burdened by outdated equipment on a battlefield that was changing more rapidly than they could keep up with.

“We literally took Desert Storm-type equipment into a different type of fight,” Spencer recalls, referring to the 1990-91 Gulf War that expelled Iraqi troops from neighboring Kuwait. The Humvee fleets in which many soldiers traveled and patrolled, for instance, were particularly vulnerable to even simple roadside bombs. “They weren’t meant to fight, they were transport vehicles,” Spencer says. So once troops realized that the Army’s supplemental armor kits for the Humvee were in short supply, they started bolting their own makeshift armor to the sides of their vehicles.

“That whole year, there were soldiers welding metal to the sides of their trucks, putting sandbags in the bottoms of their vehicles, just to keep up with a rapidly changing environment,” Spencer says. “It was basically a rotation of hacks and adapted equipment.” Such innovations are routinely demanded by the complexities of the battlefield. “Adaptability is the number-one requirement, for any military, for future wars.”

Read the full article with more from the interview with Maj. John Spencer at Fast Company.