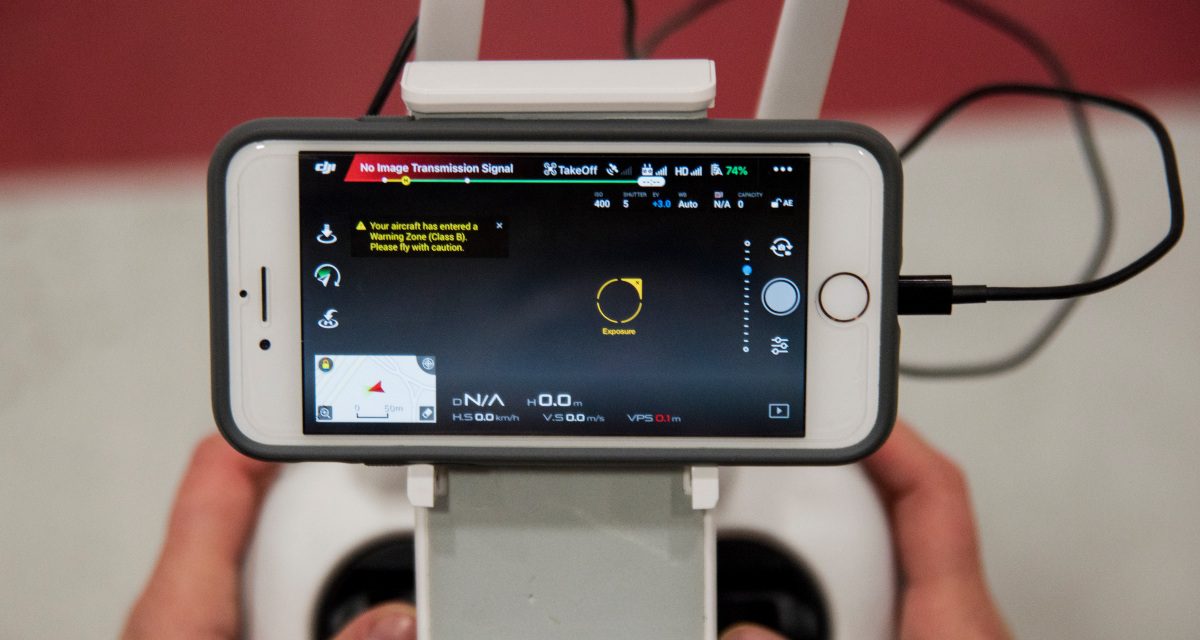 On August 31, the XVIII Airborne Corps announced the “Dragon Innovation Program,” which aims to harness the corps’s collective creativity. The program has two parts. First, every ninety days the corps will solicit solutions to problems it faces. Soldiers with winning ideas will be rewarded: four days off, a meritorious service medal, and attendance at the combat diver qualification course, SERE-C, or any other Army school they choose. The second component asks soldiers to submit problems they face. Though incentives for this second part are still in development, the Dragon Innovation Program provides an awesome opportunity for the corps’ more than ninety thousand soldiers. But, what if you aren’t in the XVIII Airborne Corps?

Forunately, any tactical leader can harness their formation’s innovative potential.

Plans to promote tactical innovation should include five components. First, leaders must determine which problems they aim to solve. For example, when he commanded 3rd Brigade, 101st Airborne Division, Col. John Cogbill revolutionized the command post by focusing his organization on increasing mobility and survivability. Second, leaders should stimulate both top-down and bottom-up approaches to innovation. By focusing on the command post, Col. Cogbill provided top-down direction against a key problem his command could solve. Then, he harnessed the innate, bottom-up ingenuity of his soldiers, through venues like open-mic nights, against their everyday problems. Third, and perhaps most crucially, units must build innovative cultures through a robust education program, command engagement, and highlighting success. Fourth, innovation programs should deliberately seek diverse perspectives—from local universities or innovation hubs—for feedback as programs iterate toward innovation. Finally, leaders should allow others to build on their units’ efforts by telling the world what they learned.

What is Tactical Innovation?

The 2018 National Defense Strategy called for establishing a “National Defense Innovation Base” that would support and sustain US national security by “out-innovat[ing] revisionist powers.” Despite this clear call, pinning down a definition of military innovation is tough. In this paper, we’ve adopted the definition published in 2007 by the RAND Corporation: “development of new warfighting concepts and/or new means of integrating technology.” Crucially, this definition captures that innovation takes forms beyond technology.

From this broad definition, two axes of innovation emerge. Much discussion around innovation focuses on the disruptive or revolutionary type, which typically relates to the integration of new technologies. Sometimes the Department of Defense deliberately develops these technologies, but other times they emerge independently. Less discussion focuses on innovation at the tactical level, where innovation is more typically evolutionary. Evolutionary innovation seeks improvements from existing concepts. Indeed, Dr. Nina Kollars, a noted scholar of defense innovation, argues that the quest for innovation may merely involve “clear thinking about how to leverage the creativity and expertise of those already in the system.”

Tactical innovation, then, leverages expert warfighters in combat units to experiment. While external actors like the Defense Entrepreneurs Forum promote a culture of innovation in national security and Hacking4Defense matches defense problems with talented graduate students, neither directly help tactical units solve their most pressing problems.

Tactical innovation initiatives must both provide direction and connect experts in uniform with free time and other resources. One model comes from the Air Force’s internal innovation hub, AFWERX. AFWERX offers what it calls “squadron innovation funds,” which exist “so commanders can tackle their most pressing readiness and national-security challenges.” In the Army, Col. John Cogbill’s experimentation represents a different model, creating an internal culture of innovation and partnering with Wond’ry, Vanderbilt University’s cross-domain innovation center. Based on these ideas and our experience, and with this definition of tactical innovation in mind, we can begin to flesh out the five key components to a successful unit-based innovation initiative.

If you seek to start an innovation initiative, chances are good that you have some problems in mind. If not, consider tools like the Army Design Methodology to help better understand your desired endstate.

Even if you aren’t sure which problems to tackle right away, consider unleashing your subordinates against the problems that vex them. Invite their bottom-up refinement and earn their trust. Early wins on problems your soldiers care about will help build your innovative culture—and may even bubble disruptive innovations to the top.

Our top-down efforts aim for revolutionary or disruptive innovation against problems our unit anticipates. In our battalion, we assign responsibility for each of our innovation areas to a subordinate company, but do not fence it off. Rather, each company commander develops an understanding of the problem and designs a plan to solve the problem or better understand it. Generally, that commander will launch his detachments against related exercises or events. However, the commander might also identify opportunities suitable to other units and offer them up.

While commanders drive innovation forward toward their defined problems, we also recommend stimulating innovative potential at the lowest level. Soldiers know which kit works—and which does not. Harness the knowledge and interest of the lowest level solve problems that make their lives easier or advance our work toward the command-directed priorities.

Professor Stephen Rosen, author of Winning the Next War, argues that innovation comes from connecting soldiers with time and resources. A “micro-purchase” program could do this for your unit. On a quarterly basis, our program solicits, reviews, and funds the best proposals at levels authorized for our command. Leveraging sustainment funds and government purchase cards, we acquire equipment, services, or travel necessary for evolutionary innovation. Once we approve a proposal, we prioritize purchases with the goal of delivering within ninety days.

Our Delta Company experimented with micro-purchases capped at $2,000. Despite this limited investment, the company’s leaders received ten proposals from detachments for innovative projects—and funded three. These proposals also helped the command see new gaps across the company. When one motivated detachment requested funding to experiment with an off-the-shelf drone, the company’s leaders re-assigned a similar drone to that detachment. This cost-free reallocation of equipment demonstrates how sensitizing your unit to a demand for innovation improves outcomes at low cost.

With both top-down and bottom-up programs in place, you must build a culture that supports innovation. Soldiers are unlikely to trust any new initiative until they understand the intent, see sustained command engagement, and are rewarded for their efforts. To educate the battalion, we plan to organize a significant launch event, host biweekly “collaborate and innovate” sessions, and dispatch battalion “makers” to innovation hubs.

Our collaborate and innovate sessions will to educate our soldiers about innovation generally, the battalion’s focus areas, and resources available. These sessions should be fun and avoid conflicts with training. We aim to bring in a mix of speakers from the military, industry, and elsewhere.

Fortunately for us, innovators abound near our battalion’s home station of Fort Carson, Colorado. Our local area contains the US Air Force Academy, the current headquarters of US Space Command, and related industries. An hour away, in Denver, there are a multitude of innovative businesses and academic institutions interested in innovation.

However, Fort Carson’s innovation ecosystem isn’t unique. Fort Bragg is an hour south of North Carolina’s “Research Triangle,” which leads the nation in biomedicine and human performance. Innovators at Fort Hood have it especially good. They are only seventy miles from Army Futures Command and the innovation mecca of Austin, Texas. Joint Base Lewis-McChord is under an hour from the headquarters of Microsoft and Amazon in Seattle. Even isolated and icy Fort Drum is a short drive from Syracuse and Cornell Universities. If they look, leaders at every post can link in with local innovation hubs.

As an innovation culture gains traction, a transition to sessions led by internal innovators updating the unit on what they have learned should be made. This will reduce the burden on a unit’s busy staff and knock down innovation silos between units. But building an innovative culture is more than just education.

Troops are naturally skeptical of new initiatives, as commanders change frequently and sometimes are overcome by events. Commanders must demonstrate sustained engagement to a variety of audiences: the staff, subordinate leaders, and soldiers on the line. Every unit is different, but we include micro-purchase statuses during command and staff briefings, while company command teams brief innovation updates at our semi-annual training briefs. The battalion commander and command sergeant major also discuss innovation when they visit the teams, especially when an innovative system is at play.

For an innovative culture to take hold, it is imperative to highlight success. At our quarterly “innovation convocations,” commanders can update interested stakeholders on their progress, micro-purchase winners highlight their successes and lessons learned, and outsiders can learn about what is feasible at the tactical level. Special focus on rewarding soldiers willing to engage is important. Though internal motivation drives Special Forces soldiers, they often view new programs with suspicion. Leaders must set incentives properly to reward innovation.

Bringing in diverse, external viewpoints will help your unit avoid groupthink. In our battalion, we plan to launch an innovation council chaired by our battalion commander. The council aims to provide an outside perspective while informing the battalion’s leaders of developments in innovation. We envision a diverse board with at least an academic, an acquirer, an innovation guru, a media professional, a futurist, and a naysayer. The board will meet in person quarterly in conjunction with the battalion’s innovation convocations. While the ideal composition of your innovation board may differ, drawing in people with different viewpoints and careers may challenge your internal assumptions and improve your program.

Innovators in our ranks must share their progress and lessons learned. Consider the right ways to share lessons learned internally to adjacent units and externally to the broader community of national security innovators. Connect with doctrine writers. Write blog posts. Post videos on your unit’s social media. However you do it, sharing of successful and unsuccessful efforts builds a broad-based innovative culture.

No Reason to Wait

There is no reason to wait if you are interested in launching an innovation initiative. While the military services and major commands, like AFWERX or the XVIII Airborne Corps, launch large-scale initiatives, military leaders at all levels have resources to tackle their most pressing problems. Think hard about those problems. Invigorate both top-down and bottom-up approaches to innovation. Build a culture of innovation through education, emphasis, and rewarding innovators. Solicit outside feedback as an azimuth check. Your unit and our national security will be better for it.

Maj. Zachary Griffiths is the operations officer for 2nd Battalion, 10th Special Forces Group (Airborne). From 2017 to 2019, he was a resident military fellow at MWI. Contact him if you are interested in a position on 2/10’s innovation council, and follow him on Twitter at @z_e_griffiths.