Making the Case for War 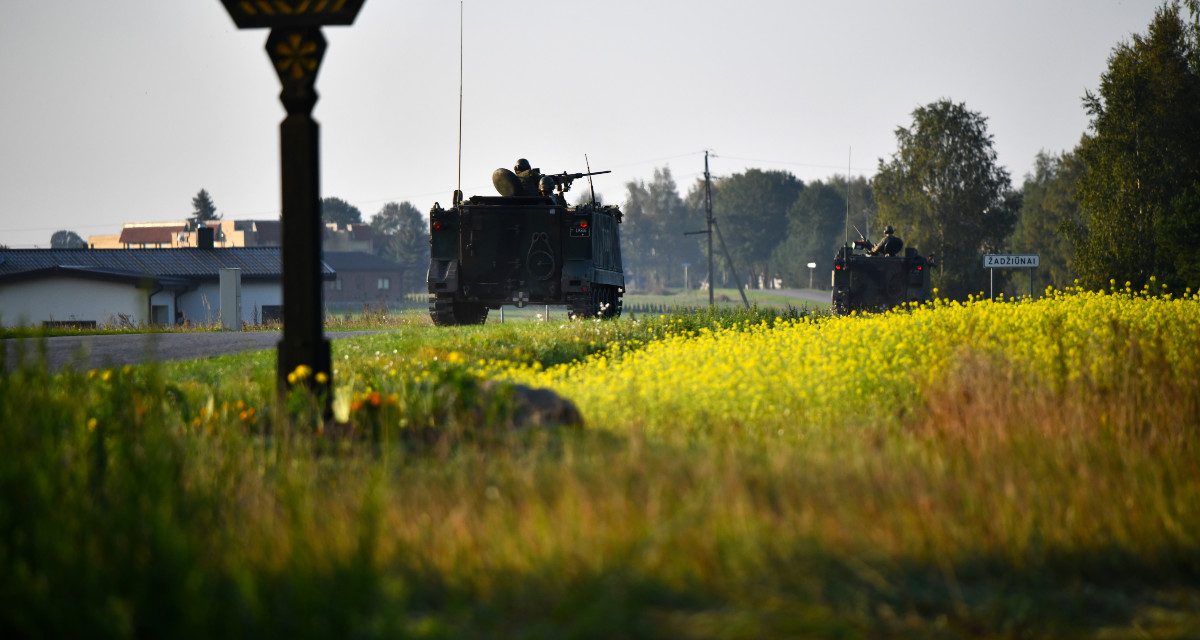 The US military is investing heavily in preparing for large-scale combat operations. These operations, pitting the US armed forces against peer or near-peer adversaries, would require large numbers of troops, would almost certainly be expensive, and would risk high numbers of casualties. In other words, major war. But even if the US military is prepared, the American people aren’t. This is a problem.

A major war, fueled by rising competition between great powers, is certainly not guaranteed. Any geopolitical gains made would likely be offset by high casualties and the risk of a nuclear exchange. However, miscalculation and misperception could inadvertently lead to a dangerously escalatory armed clash. Military establishments the world over, and especially in the United States, are assiduously preparing for the possibility.

However, one seemingly overlooked yet vitally important area of preparation is domestic support. At present, there is no organized effort in the United States to explain to citizens why war may be necessary. This may mean that, in an emergency, there will not be sufficient domestic support and understanding to allow the use of force. Militaries and governments should not, of course, directly propagandize about the “virtues” of war—war is something to be avoided wherever possible. Nonetheless, the US government would be well served by an expanded communications strategy that explains both the stakes of and rationale for action. This would ensure that in the event of conflict, US citizens are more engaged and less vulnerable to misinformation.

Even as the Pentagon conducts more ambitious exercises and acquires high-tech weaponry, the American people are deeply uncertain about going to war. Just 41 percent of Americans support fighting China to defend Taiwan from invasion. Support for defending a Baltic ally invaded by Russia stands at 50 percent. These numbers are not inspiring—especially as young people are the most dubious of foreign military commitments. Moreover, some experts have pointed out that these figures are misleading because pollsters do not explain the consequences of war. Half of Americans may be willing to defend Estonia or Latvia. But how many would stick to their guns if such a commitment cost tens of thousands of American lives and risked a nuclear exchange? More polling is needed to understand this issue, but it makes for unwelcome hypotheticals.

Questions about American resolve are hardly new. In fact, such fears have been Western Europe’s greatest strategic anxiety for decades. The key strategy deployed to mute this is tripwire forces—NATO’s Enhanced Forward Presence in the Baltic nations is the most recent manifestation. These small units, including Americans, signal alliance commitment to regional security. In the event of a Russian invasion, they would likely suffer heavy casualties, triggering a “rally round the flag” effect making it more likely that America goes to war.

This is conventional wisdom, but it may not be entirely true. A RAND study in 1996 found that populations are willing to tolerate high levels of casualties in pursuit of important objectives, ideally achieved through a clear victory. Washington rightly sees Baltic security as important to its strategic interests. Would the average American—when many lives are on the line in pursuit of, at best, restoring the status quo ante—agree? This is especially important given that a scenario with columns of Russian armor rolling into Estonia is less likely, barring a major change in the strategic environment, than some combination of political interference, information operations, cyber warfare, agitation among Russian-speaking minorities, and other steps short of war—essentially what the Kremlin has engineered to its benefit in Crimea and eastern Ukraine. This hybrid warfare will muddy the situation. In some contingencies, for example a Chinese blockade of Taiwan, US forces may in fact fire the first shots.

The result of this is that the US military is planning for war, but it cannot be assured of significant domestic support in the event that war occurs. This may mean, for instance, that political pressure precludes Congress from authorizing military action at all. Even in the event of a military commitment, protests could impact logistics networks, demoralize personnel, and complicate strategic communication efforts. In the Cold War, the US government expended significant energies on domestically focused messaging about the evils of communism. This effort ran the gamut from formal broadcasts to comic books.

A carbon copy of that overtly propagandistic approach would be ineffective in today’s operating environment. Instead, the US government should start conducting more comprehensive surveys and focus groups about American attitudes toward war in several different contingencies. General questions about willingness to fight are helpful. But how do those commitments change if the United States is perceived as the aggressor? Or if fighting would incur significant casualties? What is the impact of political polarization and information warfare on popular mobilization? Would a war in defense of the status quo poll well? Or would the American people demand maximalist war aims, potentially resulting in regime change?

Once the first sets of surveys are in, the government will be in a stronger position to take action. This might involve changing public engagement strategies to emphasize not only joint force readiness, but why readiness is useful. More funding and support to organizations exposing human rights abuses conducted by China and Russia may be valuable. Engagement in schools and universities, perhaps through model UN and ROTC programs, would allow servicemembers to explain their perspective to younger audiences.

The overall intent of the effort would not be to valorize war, nor to suggest that the US military is eager to engage in it. Rather, it would be to soberly make the case for why, for example, certain small, faraway countries are worth fighting for. It would also work to demystify the character of conflict. Even if the information is unpalatable—discussing, for example, the number of casualties or risk of nuclear escalation—it would set expectations and help inoculate the population against panic in the event of crisis.

This strategy is not without significant risks. It could be perceived, and certainly would be spun by foreign actors, as highly propagandistic. It could become so in truth without careful controls and coordination. More broadly, it could lead to blowback and major public debates that might be unflattering to the defense establishment. On a strategic level, it might expose red lines, limiting space to maneuver. Further, the civil-military implications of a DoD-led public information campaign could be problematic.

These issues are not an argument against taking such steps, however, but rather concerns that must be carefully accounted for when planning to take them. For example, the overarching communications model employed might take more cues from public service announcements than propaganda. Workshopping plans with think tanks, civil society, and interest groups across the political spectrum could serve as a helpful way to tailor and sense check the messaging.

More solutions, and more problems, would no doubt come to light as the project progresses. And it is important that it does so, at the earliest opportunity. Current US strategy may require the American people to make vast sacrifices on short notice in pursuit of unclear objectives. Taking some initial steps to lay the groundwork for such commitment is sensible, despite the risks. The Pentagon plans for war with immense capability and seriousness. It should approach public engagement with the same perspective.