Maneuver Warfare: “Reports of My Death Have Been Greatly Exaggerated” 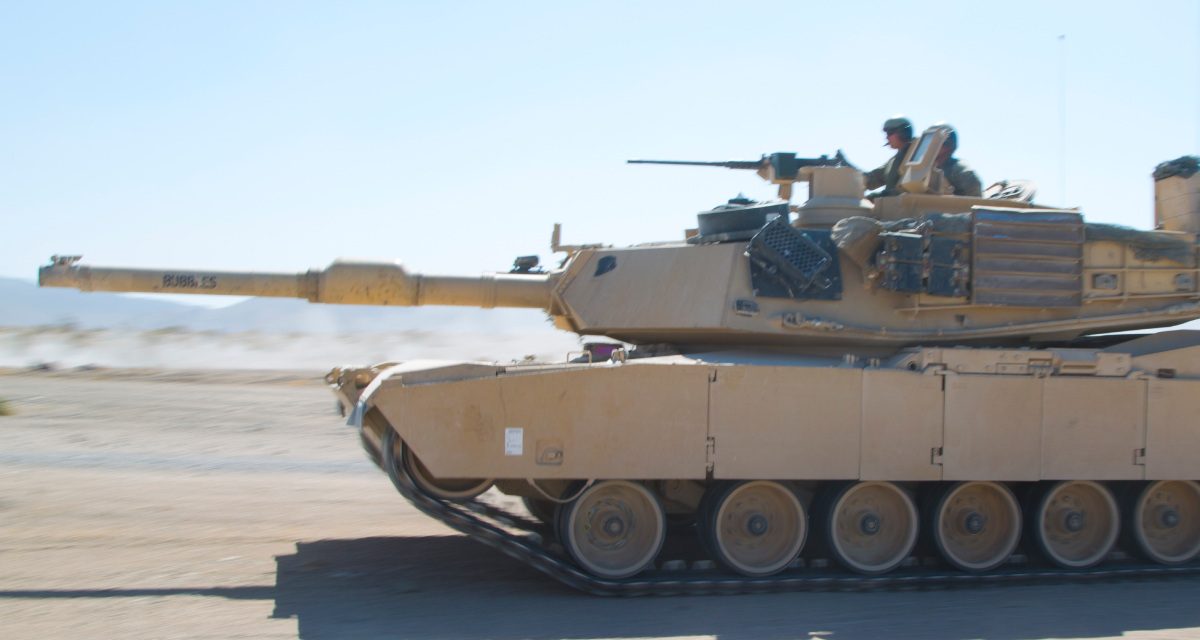 The current doctrine of combined arms maneuver was constructed by the United States Army and her NATO allies in reply to the Warsaw Pact’s quantitative dominance in Central Europe in the 1980s. Almost forty years later, and despite its successful application in both the First Gulf War and the conventional combat phase of the Second Gulf War, some military thinkers are questioning its likely efficacy in future wars. They argue that the changing character of conflict and increasingly urbanized populations have changed the operating environment; rather than fighting conventional forces in open spaces, future war will be fought in towns and cities against irregular opponents. If their observations are a true reflection of modern warfare, how fit for purpose is maneuverism—the predisposition toward maneuver rather than attrition—in the twenty-first century, and what is the alternative?

In December 2020, Professor Anthony King of the University of Warwick spoke to Professor Peter Roberts, RUSI’s director of military sciences, as part of the institute’s Western Way of War podcast. Professor King’s thesis is that future conflict is likely to be predominantly seated in the urban environment—an environment to which the heavy metal of combined arms maneuver is unsuited. The changing character of conflict has made maneuverism obsolete. Warfare, he argued, has become positional, greatly advantaging the defense and favoring an attritional approach as a counter. Professor King highlighted a number of recent examples, from across the globe, which he believes support his theorem, noting that the West’s reply appeared to have become the adoption of the concept of “remote warfare,” resultant of reduced public appetite for direct military involvement and demonstrating both the prohibitive cost of combined arms maneuver and its redundancy.

On the face of it, Professor King has a point. The West’s opponents, seeking an asymmetric answer to conventional dominance, have used, and will doubtlessly continue to use, the urban environment and civilian populations to unhinge the advantages of combined arms formations, creating technical and moral dilemmas to which some commanders have only one answer—attrition. These occasional failures do not, however, represent a flawless indictment of maneuver warfare. Rather, they demonstrate a deep-seated cultural preference for attrition, particularly in parts of the United States Army. The belief that combined arms maneuver has had its day fundamentally misunderstands its nature, the concept upon which it is built, and the purpose of doctrine as a guide, not an instruction.

Maneuver is the modern term for an ancient concept of war. Sun Tzu’s aphorism of winning without fighting encapsulates its purest form—avoiding an opponent’s strengths while exploiting their weaknesses and attacking their critical vulnerabilities. It sits at one end of a conceptual continuum, the polar opposite of which is attrition. Whereas attrition seeks to defeat an opponent by physical destruction, applying superior force and mass to a contest, maneuver seeks to defeat an opponent by a combination of preemption, deception, dislocation, and disruption, leading to moral collapse. Being theoretical, neither is practicable; real-world activity takes place at a position in the range between them, not at the extremities. Western armies aim to fight with a bias toward maneuver. As such, they are maneuverist—one might say maneuverish—but that does not preclude an underlying appetite for attrition. One only has to look at the carnage on the “Highway of Death” in February 1991 to see maneuvrism’s attritional edge.

Commonly, opponents of the contemporary utility of maneuverism point to battles like those in Fallujah in 2004 as damning evidence of maneuver battlegroups being stymied by the urban environment. In an excellent episode of the Modern War Institute’s Urban Warfare Project Podcast, Lt. Gen. James Rainey spoke about his experience as a battalion commander during the Second Battle of Fallujah, noting that the urban terrain gave his enemy a 20:1 advantage, rather than the customary 3:1 ascribed to the defending force in more open country; moreover, he stated that the city’s importance to the insurgency was as a key logistic base, critical to their efforts in Baghdad. If we apply the tenets of maneuverism, we might ask why the overall commander chose to fight on the terms of the insurgents rather than exploiting their weakness? A maneuverist approach would avoid urban battle, where the opponent is strongest, and instead dislocate the insurgents from the people—a critical vulnerability—by siege, contiguously occupying open spaces, where the insurgents are weakest, interdicting and disrupting their logistic networks on the move. This would be slower, perhaps, but surely more effective and arguably significantly less costly.

Contrary to the arguments of the attritionists, the recent history of warfare is replete with examples of the successful application of maneuverist principles in an urban environment. In The Art of Maneuver, Robert Leonhard uses the example of Operation Just Cause, the ousting of the Noriega dictatorship from Panama by the United States in 1989–90, as a demonstration of the effectiveness of a maneuverist approach in an urban environment. Successes are not reserved to the twentieth century; the twenty-first has thrown up several successful operations too. In his recent book, Blood, Metal, and Dust, retired Brig. Ben Barry recounts the story of both the 1st UK Armoured Division at Basra in 2003 and the US 3rd Brigade Combat Team, 4th Infantry Division in Sadr City in 2008. In both examples, a blend of tactics was used to dislocate and disrupt the insurgents from their critical vulnerability—the people—leading to their withdrawal and defeat. In both instances, restraint paid dividends, while resort to the use of overwhelming force could have proved catastrophic.

Paradoxically, then, recent observations that appear to highlight the failure of maneuver warfare actually vindicate it. Invariably, the occasional frustrations of Western armies in the contemporary urban environment are not the result of too much maneuverism, but a dearth of it. Rather than seeking to fight in the urban environment, where the West’s technological and doctrinal advantages are neutralized, it should, where possible, be avoided. That is not to say that armies should not train and prepare for it—John Spencer’s campaign for enhanced training and study is entirely laudable—but we must be clear that urban warfare further advantages the defense, rewarding the irregular opponent. Western armies should instead analyze, understand, and counter the enemy and rely on their strengths to prey on underlying weaknesses. In his 1932 book, Lectures on F.R.S III, British military theorist Maj. Gen. JFC Fuller commented that “to attack the nerves of an army, and through its nerves the will of its commander, is more profitable than battering to pieces the bodies of its men.” Maneuverism is a frame of mind, not a prescription.

Paul Barnes is a serving warrant officer in the British Army and a Fellow of the Modern War Institute at West Point. He is also uniquely a Chief of the General Staff’s Fellow and a Chief of the Air Staff’s Fellow; he has seen operational service in Bosnia, Northern Ireland, Iraq and Afghanistan.