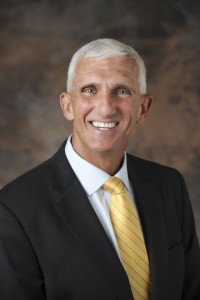 Prior to joining Florida Hospital, Mark served for almost four decades in the US Army.  At the time of his retirement, he was Commanding General of US Army Europe, where he led over 40,000 soldiers, cared for over 100,000 family members, and partnered with the armies of 50 countries in the European theater.  During his military career, LTG Hertling commanded training organizations at the Army’s National Training Center (Ft Irwin, California) and the Joint Multi-National Training Center (Grafenwoehr, Germany).   He was an assistant Division Commander in Baghdad in 2003-4, and later commanded the Army’s 1st Armored Division (1AD) in Germany and in Northern Iraq during the surge.  Hertling spent over 36 months in combat.

Receiving a Bachelor of Science from the U.S. Military Academy in 1975, LTG Hertling is a graduate of the Army’s Staff College, the School of Advanced Military Studies, and the National War College. He also holds Masters Degrees in History and International Relations from these institutions, and he also earned a Master’s Degree in Exercise Physiology from Indiana University.

During his time in the Army, Mark received many military honors including three awards of the Distinguished Service Medal, six awards of the Legion of Merit, five Bronze Stars, a Purple Heart, and the Army Commendation Medal for Valor. He also received the Gold Cross of Honor of the German Army, the Romanian Land Forces Emblem of Honor, and the Polish Soldier’s Medal of Honor.  He is a life member of the Purple Heart Association, Phi Kappa Phi, and he is a Distinguished Eagle Scout.  In 2015, he received the Dwight D. Eisenhower Award from the US Sports Academy.

In addition to working with Florida Hospital, Mark was appointed by President Obama to be one of 25 members of the President’s Council on Fitness, Sport and Nutrition.  He serves as an advisor to the non-profit organizations “Mission: Readiness,” “World T.E.A.M. Sport,” and “Operation Gratitude.  He also acts as a military analyst for CNN.  Mark speaks and acts passionately on the subjects of leadership, national security, and health trends.  His book, Growing Physician Leaders, was published in December 2015.

Mark is married to his best friend, Sue. They have two sons, and four grandsons.  He loves being with family, reading history, bicycling, and any form of athletic activity.