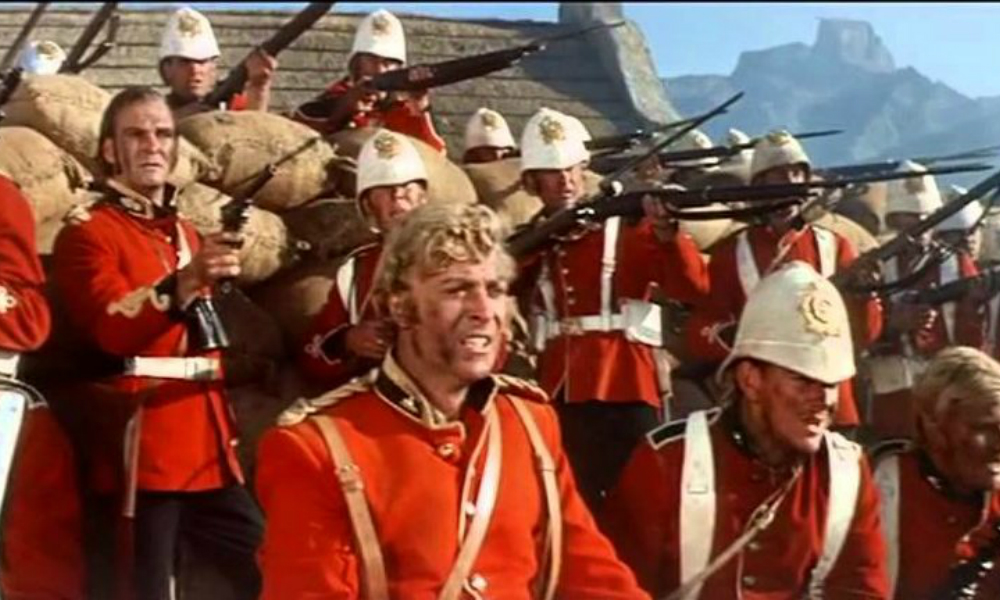 Movies are an invaluable study in mass psychology. Sometimes they tell us what the people want to see. Sometimes they tell us what the people’s leaders want them to see. We all have something to learn from war movies and everyone has their favorites. That’s why I’ve assembled an eclectic list of various subjects, time frames, and authors. Hopefully, these titles will be the barest beginning of a long list of recommendations.

“The Beast”: In Afghanistan in 1981, a lost Russian T-55 tries to escape a pack of vengeful Mujahedeen. Pretty gutsy, in 1988, to humanize the Soviets in Afghanistan (especially with an American cast with American accents!)

“9th Company”. A Russian movie about the Afghan War. Compare it to “The Beast” to see the difference in how our culture and theirs interprets the conflict.

“Lebanon”. An Israeli tank movie, probably influenced by “The Beast” but shot entirely in the tank (so it probably owes its style to Das Boot). An often overlooked insight into armored warfare in an urban conflict.

“Fatherland.” Based on the Robert Harris book. Unlike “Man in the High Castle”, Harris did his homework. This world is based on Hitler’s exact plan for a conquered Europe. Anyone interested in credible alternate history needs to see this.

“Fires on the Plain” An old movie based on the book by Shohei Ooka, it follows the slow, agonizing death of Japan’s once proud army in the Philippines. The best Japanese anti-war film ever made, it illustrates the pacifism that dominates Japan to this day.

“Grave of Fireflies”  Two Japanese orphans struggle to survive the final days of Japan’s losing conflict. Unlike cartoons in America, Anime is a huge social pillar in Japan. This movie illustrates how our allies still look at war.

“Tokyo Magnitude 8.0” Another anime film, but this time the enemy is nature! If we are going to keep our alliance strong, we need to be ready, on a moment’s notice, to sweep in and save the kids we see in this Japanese cartoon.

“Back to 1942”, a recent Chinese film that deals with the WW2 famine that killed millions. When you watch it, notice how the Nationalists get off the hook for the disaster (because the Communists of today are trying to make-up with Taiwan). Note also how the Japanese are NOT forgiven.

“Red Dawn”  Yes, it’s lame. I know. The Brat Pack vs the Red Army. Never the less, it’s important for the cadets to see because it’s still the best movie to flip the narrative and put us in the mind of insurgents.

“Zulu Dawn” This was the inspiration for “The Battle Of Yonkers” in World War Z. This is what can happen when the world’s most advanced army goes up against the most primitive on its own home turf.

“71”: A lone British soldier in Northern Ireland trying to get back to his unit. In a world where most insurgencies don’t look like us or talk like us, it’s important to look back to a guerilla war between white people who spoke English.

“Front Line”: We Americans call Korea, the ‘Forgotten War’. I doubt the Koreans call it that. This movie takes place right before the 1953 cease fire, when the powers that be ordered the taking of a last hill just 12 hours before the armistice. This is a Korean film made by Koreans. It’s gritty and complicated and tears into the insanity of a war fought between people who, just 5 years earlier, were all in the same family. 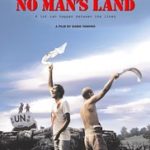 “No Man’s Land” A Bosnian film about their civil war. Two men from opposite sides find themselves trapped in the same trench. Not just brilliant, but peppered with some seriously dark humor. One scene shows a Serbian soldier reading the newspaper and commenting “Damn, it’s a real mess in Rwanda”.

“Shot Through The Heart”: Two friends in Sarajevo who become enemies when their communities turn on each other. It’s a sniper’s story, a refugee story, a true story, but also, in contrast with “No Man’s Land”, a very American story. Just look at the cultural story-telling process of these two movies and you’ll see how Americans look at the world.

“Lumumba” A biopic about the first, assassinated leader of post Belgian Congo. It’s no secret that we’re going to get more involved in Africa’s problems and here’s a classic case study of how these problems started.

“The Battle of Algiers” Americans always think that something doesn’t happen until it happens to us. Algeria isn’t a perfect match for our experiences in the Middle East, but, just like Vietnam, France’s Algerian crucible has a lot of lessons for us.

“Go For Broke” Not only is this an important movie about the 442nd Neisse Regiment, but the fact that it was made in 1951 demonstrates America’s need to deal with its national guilt over internment.

“The Tuskegee Airmen”  Most of us have seen “Red Tails” and a lot of us think it could have been better. This movie is. It’s smarter, goes deeper, and explores the multi-sided struggle of a free country fighting foreign tyranny and internal hypocrisy.

“Paris 1919”. This is what happens when the victors chose revenge over forgiveness. This is why America learned from Europe’s mistakes and through the Marshall plan, prevented World War III.

“The Missiles of October” The docudrama miniseries about the Cuban Missile Crisis. It boils down the chaos that almost destroyed the world, and how bravado, paranoia and simple miscommunication can be the death of us all.

“Colors” An undermanned, underfunded force charged with regional stability are trapped between warring bands of well-armed young men in a hostile megacity. The history of L.A. gangs or the future of counterinsurgency?

“The Iron Triangle” An American GI and a Vietcong face off in a meeting of hearts and minds. From a purely military point of view, it reminds us that no enemy is a monolith. This movie reminds us that guerilla warfare blurs the line between ally and enemy.

“Threads”: A British Mini-series about nuclear war. When we were kids “The Day After” was THE terror show about what might happen if our leaders pushed the button. “Threads” makes “The Day After” look like “Sesame Street”. “Threads” looks at the long term effects of nuclear war; economic, social, environmental, everything. It goes 3 generations deep and trust me, you will NOT sleep after watching it.