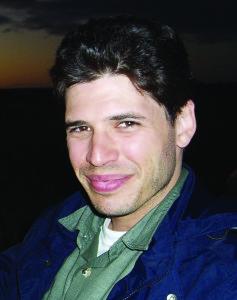 Max Brooks is credited with helping propel zombie-lore from niche sub-culture fascination to mainstream pop-culture obsession. While Brooks has published three massively successful zombie-themed books—The Zombie Survival Guide, World War Z, and The Zombie Survival Guide: Recorded Attacks (all of which are now considered the definitive tomes for the genre)—Brooks’ ultimate goal was to challenge old ways of thinking and encourage mental agility and flexibility for problem solvers and leaders. Brooks’ unique, unconventional thinking depicted in his books has even inspired the U.S. military to examine how they may respond to potential crises in the future. ‘Survival Guide’ was read and discussed by the sitting Chairman of the Joint Chiefs and Brooks has been invited to speak at a variety of military engagements—from the Naval War College, to the FEMA hurricane drill at San Antonio, to the nuclear “Vibrant Response” wargame. By developing the dystopian mythos of a “zombie apocalypse” in film and literature, Brooks continues to drive the dialogue as an authority on how to manage and coordinate emergency responses and to suggest better ways to prepare for crisis and struggle.

Today, Brooks explores the consequences of failed leadership, making the leap from mythos to American History with the release of his latest book, The Harlem Hellfighters. The graphic novel chronicles the little-known story of the first African-American regiment mustered to fight in WWI. They spent longer than any other American unit in combat and displayed remarkable valor on the battlefield. Despite extraordinary struggles and overt racism, the ‘Hellfighters’, as their enemies named them, became one of the most successful—but least celebrated—regiments of the war. Once again, Brooks drills down to help find what lessons can be learned from the triumph and tragedy of the Harlem Hellfighters.