How Do We Measure Counterinsurgency Success in Afghanistan? 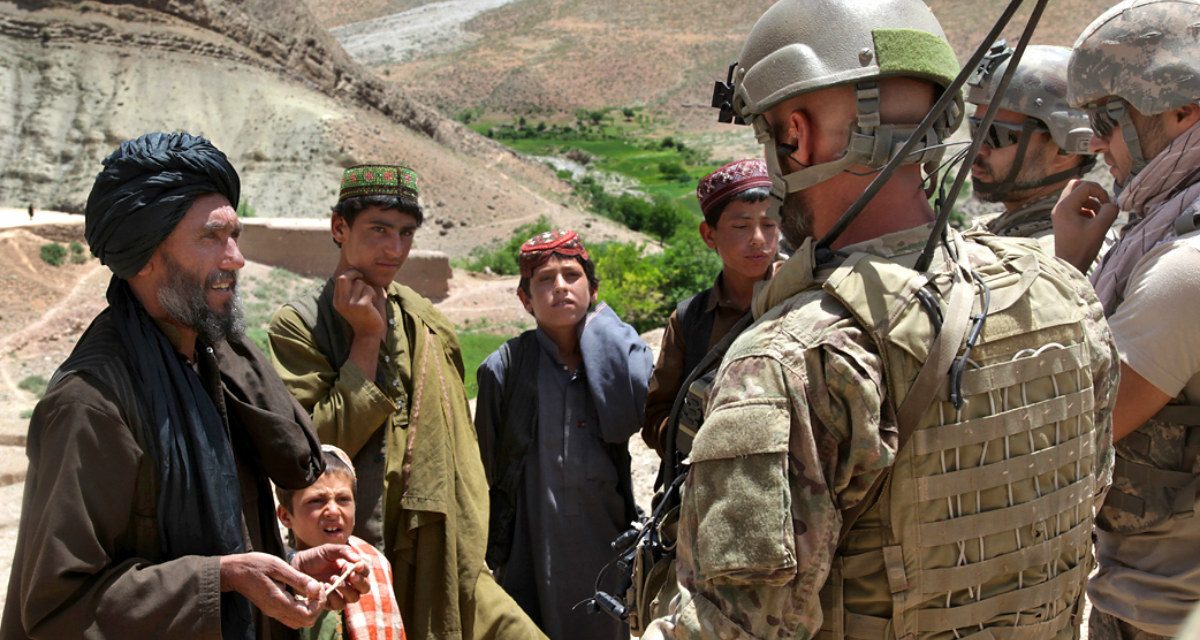 Daniel R. Green, In the Warlords’ Shadow: Special Operations Forces, the Afghans, and Their Fight Against the Taliban (Naval Institute Press, 2017)

After the initial success of a combination of Central Intelligence Agency operatives and 5th Special Forces Group Green Berets fighting alongside the Northern Alliance against the Taliban, the war in Afghanistan quickly descended into prolonged insurgency. For the better part of a decade, US conventional forces struggled to grasp effective means by which to conduct counterinsurgency, while special operations forces focused on the direct targeting of high-profile insurgents, terrorists, and their associated networks. The situation improved in major population centers where the top-down approach of promoting central government through security, governance, and development lines of effort remained under the close supervision of US and Afghan officials. The Taliban, however, remained a rural insurgency where measuring success along these lines of effort was difficult, and the top-down approach was ineffective at best and counterproductive at worst.

Much as Green Berets fought against a similarly rural insurgency during the Vietnam War through the Civilian Irregular Defense Group program, US special operations forces conceived the village stability operations program in 2011. In many ways, the purpose of this program was to shift focus from direct action targeting and centralized counterinsurgency to the development of decentralized efforts in rural Afghan villages and districts. This involved placing special operations forces teams in villages under the de facto control of the Taliban in order to establish local security from which governance and rule of law could develop. Now that the war effort has again shifted to centralized training of Afghan security forces and the direct targeting of terrorist networks, the Taliban has reasserted itself in rural Afghanistan, a fact that a few thousand extra US troops will not change.

Green sets up this book seemingly intent on figuring out a better way to measure success in counterinsurgency. To begin, he establishes the futility of using metrics such as the number of enemy that US forces kill (a callback to the notorious “body count” figures of the Vietnam War), development projects that US forces complete, or meetings that US forces hold with Afghan government and security officials. As an Army Green Beret who conducted village stability operations in eastern Afghanistan, I was optimistic that the author planned on analyzing new measures of success in a systematic way. However, rather than develop a methodology to determine alternate metrics, Green goes into a series of personal accounts that describe his visits with teams of Navy SEALs and Army Green Berets conducting village stability operations across southeastern Afghanistan. Green compares his observations during these trips with those he made in Uruzgan province during a previous deployment as part of a Provincial Reconstruction Team several years earlier. Since the security situation had improved in the intervening period, Green jumps to the conclusion that village stability operations deserved the credit.

Despite this potentially faulty assumption, Green selects thoughtful indicators of improved security that could translate into new ways of measuring success in counterinsurgency. For Green, village stability operations provided the security that allowed district governments and local markets to function properly. So, metrics such as the number of government officials who reside in the district, the number of meetings between these officials and local elders that take place in the district center, and the number of development projects that Afghans appropriate and allocate through official government channels serve as useful data points in determining a return of governance and rule of law. In addition, Green posits that as security improves, local markets become more robust, thus reducing the cost of staple goods and increasing economic activity in general. He developed a survey in order to measure these new metrics, which he intended on distributing to the various sites at which special operations teams were conducting village stability operations. Although Green logically arrives at his potential new metrics, his survey relies on responses from Americans rather than Afghans on data points that are either subjective and therefore subject to bias, or largely unknowable to Americans and therefore unreliable. That being said, it would have been interesting to see the results of his analysis. But he unfortunately never distributes the survey so the veracity of these new metrics of success in counterinsurgency remain unknown.

Apart from an incomplete attempt at discerning different ways to measure success in counterinsurgency, Green also takes on the task of developing a means by which to determine where to build new sites for village stability operations based on likelihood of success. He hypothesizes that districts in which special operations teams were able to recruit their allocation of Afghan Local Police likely share some common features. So, Green collected data from 114 sites across Afghanistan with the aim of creating a double regression analysis in order to determine statistically significant variables in successful districts. Inexplicably however, Green uses the number of Afghan Local Police in a district as his dependent variable and metric of success. In other words, Green claims that the mere presence of a greater number of Afghan Local Police in a district corresponds to the success of the program. This is antithetical to his previous claim about new ways of measuring success in counterinsurgency. Again, despite this issue, it would have been interesting to see his data, but he does not provide the results of the analysis for others to interpret, critique, or attempt to reproduce in later tests. Instead, he states that he had issues with data quality and then makes general claims about features of “successful” districts without providing any evidence.

Although a great description of Uruzgan province and its idiosyncrasies, Green’s account displays a largely topical understanding of village stability operations. While claiming that its success was due to its local nature, his perspective was almost entirely at the provincial level, relying on brief visits to local sites for the types of meetings during which local Afghan politicians, security force leaders, and elders would be incentivized to offer optimistic and ingratiating accounts in front of provincial officials. I experienced many of these largely ceremonial events during my deployments to Afghanistan, during which officials espouse the efforts of the Afghan security forces, pay homage to coalition forces, and request additional support either through development projects or Afghan Local Police allocation. So, although Green uses these meetings to display the progress against the Afghan insurgency that teams conducting village stability operations were able to make, he misses the more difficult point of how they were able to do so.

Special operations teams had a myriad of tasks to complete along security, governance, and development lines of effort when conducting village stability operations that were essential to its success. Teams that conducted detailed human terrain mapping to assess traditional bases of power and tribal dynamics tended to be able to gain elder support for the Afghan Local Police program. From there, teams had to fuse multiple intelligence sources to illuminate supportive and disruptive elements of Afghan society, while vetting potential Afghan Local Police recruits. Once recruited, teams had to train these villagers in how to secure the surrounding population, and mentor the local government on how to support its security force. All the while, teams worked with government officials to promote rule of law at district centers, support Afghan-led development initiatives, and encourage district and provincial officials to work together. Green alludes to some of these tasks, but mostly in generalities, making claims about special operations teams being able to do amazing things without analyzing the factors that contributed to their success or lack thereof.

Rather than a true appraisal of village stability operations, Green produced a memoir that captured his time in Afghanistan. In its final chapter, he makes wide-ranging claims about civil-military relations, the role of the Joint Chiefs of Staff, and the shift to the all-volunteer force that seem merely to reflect Green’s opinions and have little, if anything, to do with his book. Even when he attempts to provide recommendations based on his analysis of village stability operations, he offers mostly platitudes like “move beyond your comfort zone” and “do what is required, not what’s comfortable.” It becomes clear in the notes section that this book is a personal war story coming to a close, as seven of Green’s twenty-four sources are his own previous works, suggesting that he relied little on outside research beyond his own experiences. In the end, Green makes interesting points defining the problem with earlier counterinsurgency efforts and has produced a well-documented personal account of his trials and tribulations in Afghanistan, but fails to substantiate his claims about village stability operations or counterinsurgency.

Maj. Alex Deep is an instructor in the Department of Social Sciences at the United States Military Academy at West Point. He is a Special Forces Officer with ten years of service and multiple deployments to Afghanistan in conventional and special operations task forces.