How the Military Can Finally Get Mission Command to Work: Lessons from Tech Companies 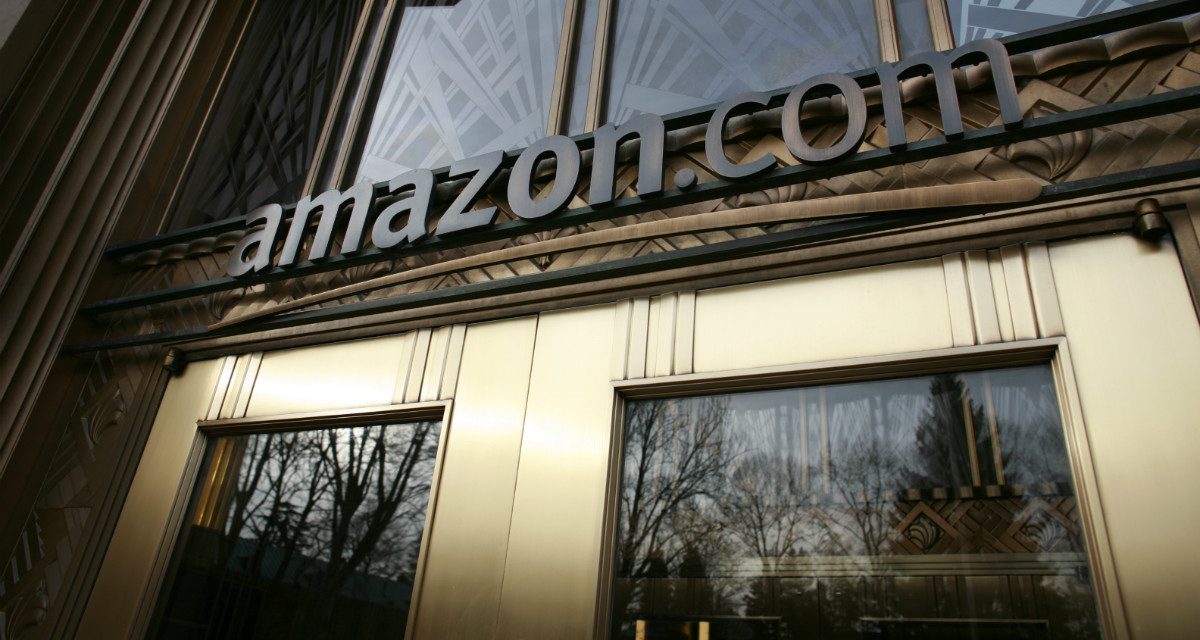 In The Charge of the Light Brigade, Alfred Lord Tennyson wrote of soldiers: “Theirs not to reason why; Theirs but to do and die.” More than 150 years later, his characterization helps explain why the US military has had so much trouble with  the ongoing shift from traditional, rigid military leadership to “mission command”—a change struggling to progress.

American doctrine defines mission command as a concept that “enables military operations through decentralized execution based on mission-type orders.” The definition goes on to explain that mission command is about delegating decisions to subordinates wherever possible, minimizing detailed control, and empowering lower-level initiative.

The US military formally adopted mission command in its doctrine in 2003, in recognition of the future speed and complexity of war in contested environments—a prediction echoed in the 2018 National Defense Strategy. Mission command has roots in the German concept of “auftragstaktik” that began in the late 1800s and became dominant in World War II.

It is far more than a simple change in terminology—it’s a cultural shift. To understand why progress has been slow, consider how antithetical empowered, decentralized action is to what Lord Tennyson famously wrote about.

The German military made this transition to survive an organizational crisis. The US military has no such catalyst—it has not won a war in thirty years, but it hasn’t truly lost one either. To successfully adopt mission command, the services should learn from organizations that have created cultures of empowered, decentralized leadership. Specifically, they should be looking at the world’s leading technology companies. If the military truly wants to become agile and decentralized, it’s time that leaders at all levels begin looking outward for inspiration and examples of better culture.

During my time on active duty, leaders would often pay lip service to the new term. Upon deeper inspection, observers would find a common perspective among junior leaders that “mission command” was effectively a way for mid-grade and senior leaders (who, this perspective holds, were traditionally micromanagers) to abdicate responsibility for failure or to hide their own lack of expertise. At a minimum, the term “mission command” seems to have devolved into a hollow buzzword. Similar sentiments can be found in Army survey data and readily seen in the Defense Department’s official after-action review from last year’s fatal operation in Niger (which blames the Special Forces team leader and leaves more senior officers without scrutiny despite their own failures).

Senior military leaders clearly did not intend for the doctrinal change to lead to this sort of scapegoating, but this is what results from only changing the lexicon of command without addressing the artifacts of organizational culture.

Despite the progress of the last fifty years, American military culture is still known for a harsh conformity to norms and subordination of newer members, as famously portrayed in the film Full Metal Jacket. Unsurprisingly, researchers have shown senior military leaders to be less open to new ideas than the general population. Thus, the only leaders who are in a position to lead reform in the military are the ones who are least interested in change and likely know the least about other models and organizations.

For as long as I can remember, service members and senior leaders have dismissed learning from nontraditional sources—civilian institutions, for example, or academic fields that aren’t directly and intuitively linked to the military’s chief business of making war—because of arguments about the military’s unique mission and responsibility. One can see evidence of this in the chief of staff of the Army’s professional reading list, which is largely absent works that are not specifically focused on war, strategy, and the global operating environment. It is also heavy in history, and remarkably low in diversity (it includes just a single woman and almost no minorities while giving multiple male authors three titles on the list). It’s hard to move forward when you’re only looking backwards. Instead of seeking inspiration from all directions, it seems that the services are again preparing to fight the previous war.

The world’s leading technology companies are known for their cultures and values which drive their performance. Google recently made headlines when their employees determined that the company’s contracts with the US military conflicted with their culture. To varying degrees, we can also learn from the cultures at Apple, Netflix, and even Facebook. And these cultures are, with remarkably few exceptions, the product of clearly and carefully defined lists of tenets that companies’ leaders believe should underpin everything they do.

To say that these lists of tenets do in fact drive culture is not an exaggeration. Leadership principles are the bedrock of culture—they are the point of reference for leaders in times of crisis or uncertainty. That’s why we make them easy to remember. At the highest level, mission command relies on tenets to empower lower units. When the father of auftragstaktik, Prussian Field Marshall Helmuth von Moltke, wrote “the higher the authority, the shorter and more general [orders must be]” he was describing tenets.

In the US military, however, neither the Army, Navy, Air Force, nor Marine Corps have a list of values that provide clarity. They have mantras that were developed by committee. They sound good, but don’t hold up to scrutiny. In the Army, for example, the values of Loyalty, Duty, Respect, Selfless Service, Honor, Integrity, and Personal Courage seem to establish the minimum bar for wearing the uniform rather than an aspirational charge. In practice, failing to meet one of these values is cause for reprimand (or worse) rather than an opportunity to develop as a leader. Moreover, they are both so obvious and without reference to “trust” as to make them only marginally useful in the face of decentralized battle. What should a soldier do when a superior’s lawful order is overcome by events on the ground? Is it better to maintain the status quo or try something new and risk failing? The answers are unclear.

Mission command is rooted in mission-type orders—the written directives that specify tasks, purposes, and priorities. However, the military’s reliance on mission statements will perpetually conflict with its attempts to empower subordinate leaders unless it is made clear that leadership starts at the bottom. Lower-level units have a better understanding of the situation; missions change because the enemy gets a vote; and there are too many unforeseeable contingencies for higher echelons to address in plans.

Unlike orders, tenets are enduring and articulate the organization’s most deeply held assumptions. Tenets provide guidance through ambiguity by building consensus and providing focus. They apply to the present situation while remaining durable and strategic. Amazon’s first leadership principle is “Customer Obsessed” and that drives everything that Amazon does. During my fifteen years in uniform, I frankly never saw anything that resembled this level of focus on the enemy. In fact, I remember confused discussions about what missions my former units needed to be training for. Even with deployments to Iraq and Afghanistan scheduled, mid-grade and senior leaders demanded units conduct training focused on near-peer threats like Russia and China. (Some would argue that this was because that’s what they had learned as junior officers—another consequence of career tenure).

One thing I’ve learned at Amazon is that organizational culture is organic and cannot simply be imported. The purpose of this essay is not to convince the services to adopt Amazon’s (or any other company’s) leadership principles. Rather, if the services truly want mission command, they should create tenets that align more closely with that style of leadership and rigorously analyze other cultural norms for alignment (and not the other way around).

To get them started, I’m proposing the following draft tenets with a caveat that we use at Amazon: “unless you know better ones.” This caveat is important for 2 reasons: people and organizations need to admit a degree of uncertainty and because the world changes and what was once true may not be now.

Culture change is never easy. Without a crisis, it is not likely to be fast either, but the services cannot afford to be lackadaisical. As former Army Chief of Staff Gen. Eric Shinseki said: “If you dislike change, you’re going to dislike irrelevance even more.” The last fifteen years have shown how an organization will adjust (with unintended consequences) to an incomplete change effort. In redefining their services’ values and cultures, senior military leaders must learn from other organizations that are innovative and decentralized at scale. These proposed tenets are just a starting point for thinking about how military leaders can articulate values that provide the clarity and guidance that is needed in future combat. 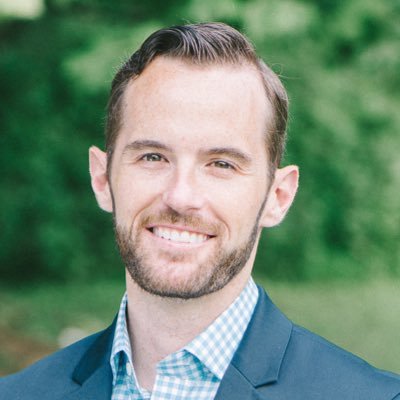 Jim Perkins was an active duty Army officer for eleven years and now works for Amazon Web Services. He has a BS from the US Military Academy and an MBA from Georgetown University. He was previously the executive director for the Defense Entrepreneurs Forum, a 501(c)(3) network of innovators and national security professionals. He was a 2017 Next Generation National Security Fellow at the Center for a New American Security. He tweets at @jim_perkins1.