How the Military Murders Meritocracy 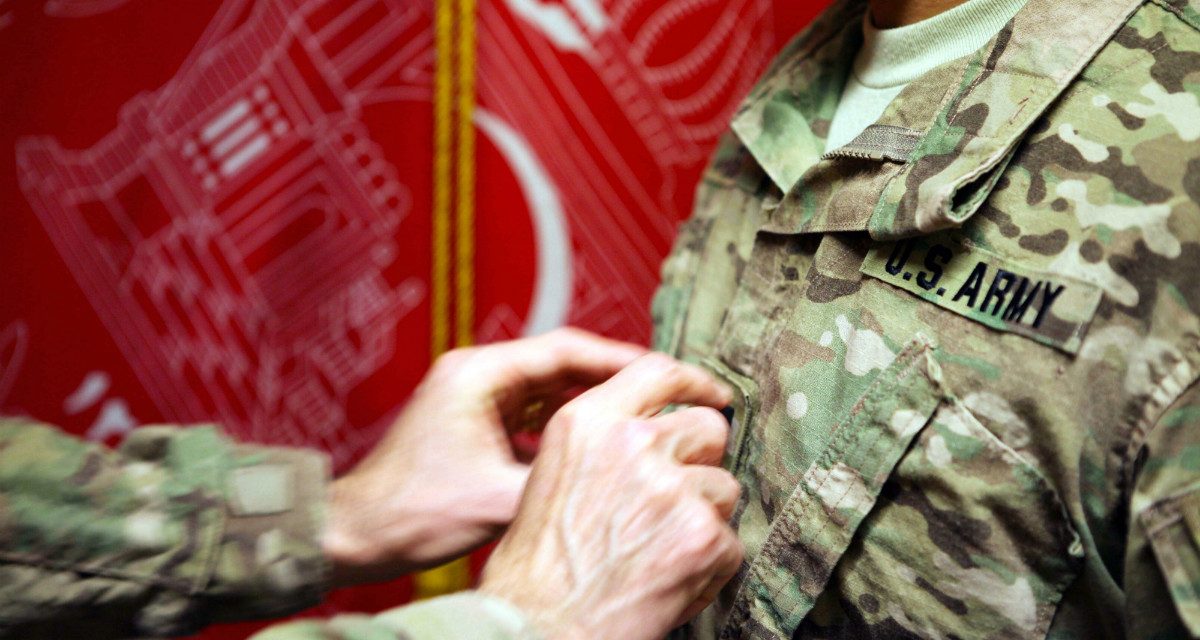 “It is meritocracy in action,” President George H.W. Bush said of the military in a speech at West Point two weeks before leaving office. A few years later, I was a junior in high school when I first saw that clip of the former president touting the military’s high regard for merit. I believed in that message, deeply, when I applied to and attended West Point.

In the years since, the lofty sentiment in President Bush’s quote has been contradicted, undermined, and beaten into submission by reality. Bureaucratic structures and the very culture within our military have combined to leave a force that not only has little regard for merit, but fundamentally devalues it.

A meritocracy is a system in which authority and “power are vested in individual people on the basis of talent, effort and achievement.” Other related terms like “talent management” and “human capital” may have different precise meanings, yet essentially revolve around whether or not we’re putting the right people in the right positions and whether the best ideas win out. Even for those who would argue that military readiness is the “most important” variable in this equation, a healthy meritocracy matters because it underpins trust in the chain of command. Subordinates won’t have faith in their leaders if they feel the best people and best ideas don’t rise. And unfortunately—that’s an open question for real discussion these days.

A few months ago, two well-respected US Army War College professors expressed hope that 2019 might finally be the year to confront the Army’s “culture problem” surrounding talent management. An active duty US Air Force officer, using the pen name “Col. Ned Stark,” has recently spent months racking up a series of articles that point out the serious flaws in what that service values for promotion (and more recently, he lifted his Air-Force-blue veil to identify himself). And within a single week, two pieces heaped heavy haymakers on the current human-resources system’s failure to care for spouses and families, further evidence that something’s really wrong here.

These essays build on and echo Tim Kane’s influential 2013 book, Bleeding Talent, which used devastating data to point out that when it comes to talent, “the U.S. military is doing everything wrong.” Among the killer culprits Kane found: good officers leave out of “frustration with military bureaucracy,” and “the military personnel system—every aspect of it—is nearly blind to merit.” In a telling survey, only 7 percent of West Point graduates believed the best officers stayed in the military over the long haul.

Summing up this recent writing, one finds a range of sharp conceptual, philosophical, and data-driven arguments. The missing element is actual case studies—concrete, real-world stories that focus powerful microscopes on these ills. Why?

This is the dog that didn’t bark, which should key us in on a significant part of the problem. We can’t have frank discussions about such enormous flaws out of fear of reputational reprisal that threatens professional standing. It says a lot that “Col. Ned Stark” was authorized anonymity by the editors at War on the Rocks (something they only grant in the “rarest of cases”) out of concern his career “would be at serious risk.” Speak publicly about how crummy the system is—and prepare to be excommunicated.

Which gets us to the real problem: we’re not talking about these problems openly. Soldiers, sailors, airmen, and Marines self-silence legitimate criticism because they fear swift and painful blowback. But it’s not like we don’t know they exist—anyone in uniform for even a little while knows several others with terrible tales to tell.

My West Point roommate earned a Gates Fellowship to Cambridge University for a master’s degree in electrical engineering after we graduated in 2002. However, after he finished in the UK, instead of sending this exceptionally talented engineer officer to a line unit early in the Iraq War—where we could’ve used someone that knew so much about, say, electrical engineering in Baghdad—we sent him to be a basic training executive officer. He served out this slump and couldn’t wait to tear off his uniform because he wasn’t given challenges to match his gifts. (And, yes, of course, we do need talented trainers at our military schoolhouses, but without question, his skill set would have saved lives at war.)

Or, there’s another Air Force colleague that was selected for early retirement while in the final stages of a PhD program (among several others). Setting aside particulars, the idea that the Air Force would select and invest in someone’s advanced education, and then eject that person from continued service just prior to earning a doctorate, is stunning. I’m told that a senior leader in the service heard about this happening and moved to prevent future instances—a laudable act, but one only necessary because the system allows such instances in the first place.

Both are now handsomely compensated outside the US government.

I could go on, unfortunately, because these aren’t just single stories. It’s the system, one in which the three horsemen of meritocracy’s apocalypse (bureaucracy, rankism, and personal bias) roam free, mostly at night.

It’s under cover of that darkness that the rot in the system manifests in subtle ways. In a healthy meritocratic system, there would be a relatively free flow of honest feedback that enables the best idea, or the best person, to succeed—in respectful ways that improve organizational effectiveness. But that’s not the norm, as can be seen on any given day in any American military unit.

It’s the higher-ranking individual that ignores or denies or evades real problems flagged by a junior officer or noncommissioned officer. It’s the indirect, I-agree-with-you-completely-but-we-can’t-do-that-because-it-just-might-upset-someone-higher-up-the-chain conversation. It’s a subordinate’s quietly paralytic fear of confrontation with a senior.

Nobody talks about it, but it knocks military candor down at every turn, making us weaker all the time. Sometimes the emperor you serve isn’t wearing socks, or much of anything else, and as things stand in the US military, saying something about that nudity is so severely stifled it’s a wonder it ever happens. And our adversaries may be far from perfect, but they can certainly find the vulnerable chinks exposed by an emperor’s nudity.

Big, brittle systems with such weaknesses always get exploited. It’s a “when,” not an “if.”

This matters because the US military has enormous challenges in the years ahead. And our military is unlikely to succeed if it doesn’t have the right people in the right places at the right times. The sad fact remains that, if we don’t put talent in the right job, the private sector will do it for us—at great cost to the American public.

Wouldn’t it be great if we moved from an Industrial Age talent management model to one designed for the Information Age? To move from a system full of cogs—undifferentiated, identical portions stacked into a pyramid—to one leveraging big data that creates purpose-built teams vastly greater than the sum of their well-assembled Tetris-piece parts?

“Wouldn’t that be nice?” as “Col. Ned Stark” once wrote. Moreover, it’s what a truly modern meritocracy should demand.

Who knows, perhaps the military profession can change. After all, that’s what professions do: they reflect, learn, and grow. The Army, for one, has announced it is rolling out a new personnel system intended to better capture individuals’ unique “skills, knowledge, attributes, and talents.” The incoming Army chief of staff, Gen. James McConville, also seems to get it—in his confirmation hearing recently, he said “young men and women today” want to serve “something bigger than themselves,” yet, “they do not see themselves as interchangeable parts.” And so he promised that the service is on course to build a “21st century talent management system that recognizes every person in the Army for their unique talents.”

Time will tell. Count me as skeptical. There’s nothing easier or less satisfying than superficial changes that don’t address deeper issues. But if we’re lucky, by the end of that process, maybe we’ll be a little closer to what President Bush said in 1993, describing long past days, when our military “thrived on its commitment to developing and promoting excellence.”

We should get that back.

Lt. Col. ML Cavanaugh, PhD, is a non-resident fellow with the Modern War Institute at West Point and a professor of practice with Arizona State University, and co-edited, with author Max Brooks and others, Winning Westeros: How Game of Thrones Explains Modern Military Conflict, from Potomac Books.