Military Officers and Politics: The Fraught Relationship between MacArthur and Truman 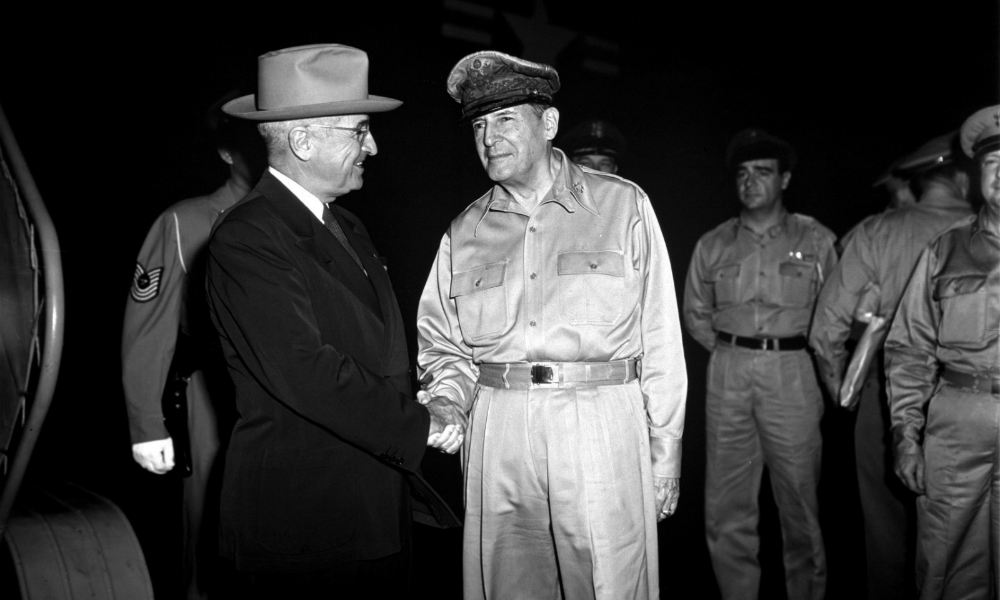 H.W. Brands, The General vs. the President: MacArthur and Truman at the Brink of Nuclear War (2016: Penguin Random House)

Questions about the appropriateness of retired military leaders’ involvement in national partisan politics rose to a crescendo during the 2016 presidential elections. The Democratic and Republican Parties have used a long list of retired generals and admirals to build their support bases and bolster candidates’ national security credentials.

Although this has become the subject of controversy in recent months, a new book by Pulitzer Prize-winning author H.W. Brands explores a related but entirely more troubling case of blurred lines between military leaders and political authority. In The General vs. the President: MacArthur and Truman at the Brink of Nuclear War, Brands examines the complex relationship between President Harry S. Truman and Gen. of the Army Douglas MacArthur. Brands writes from the perspective of a historian, and as a historical work, it is a rich addition to the existing literature about a fascinating period in which the United States was still developing its identity as a superpower in the post-World War II world. However, the book also acts as a useful study of the relationship between civilian and military leaders.

Truman came into the White House with little experience in foreign affairs. To make up for this shortfall, he surrounded himself with a strong suite of advisors including longtime diplomat Dean Acheson, Gen. Omar Bradley, Gen. Dwight Eisenhower, and Gen. George C. Marshall. He would rely on their counsel in dealing with MacArthur, who was exercising political authority on behalf of the United States in post-war Japan, and who Truman felt was increasingly becoming a thorn in his side.

The scale of the US military’s involvement in World War II had led to seven officers being given a new five-star rank—four in the Army and three in the Navy. A congressional act making these ranks permanent left a shrinking postwar military with a cohort of these high-ranking officers still in uniform. During the Truman administration, MacArthur was senior to all of the generals except Marshall, who out ranked him by two days. That he remained in the Pacific after most of his contemporaries returned home to leadership positions in their services or to retire made him an anomaly. Although he had not returned to the United States and had spent much of the previous two and a half decades in the Pacific, he kept his eye on politics at home. Astonishingly, particularly in light of today’s criticisms of retired officers endorsing and campaigning on behalf of presidential candidates, MacArthur actively campaigned for the 1948 Republican presidential nomination from his headquarters in Tokyo. Truman “was annoyed at the insubordination implicit in an electoral challenge to the commander-in-chief by an active duty officer,” Brands notes. However, Truman expected Eisenhower, then the president of Columbia University, to be the Republican contender, and thus “considered MacArthur an insufficient political threat.”

The relationship between Truman and MacArthur was complicated by the fact the two had never met. While he had met many of the Army’s generals that fought in Europe when he travelled to the Potsdam Conference to meet British Prime Minister Winston Churchill and Soviet leader Joseph Stalin, Truman did not travel to the Pacific and MacArthur argued that he could not afford to be away from his command to travel to the United States or even Hawaii.  Truman communicated with MacArthur by messages sent through the secretary of defense or the Joint Chiefs of Staff and in extreme circumstances Truman would dispatch an envoy to carry messages to MacArthur. The command relationship was not well suited for the global challenges the United States faced, and would become a recipe for a foreign policy disaster.

Brands describes in detail the multiple events that eventually led Truman to relieve MacArthur from duty. In the first hours of the North Korean invasion of South Korea, for example, MacArthur did not wait for directions from the Pentagon or the White House, instead unilaterally ordering troops from Japan to the Korea Peninsula to mount a defense.

Although MacArthur was responsible for ongoing negotiations of a peace treaty with Japan and was in command of the United Nations force fighting in Korea, he remained fixated on the threat posed by Communist China. In this his views were in line with congressional Republicans, especially Senator Joseph McCarthy, who cast the Truman administration as being soft on communism and responsible for the loss of China. Truman’s focus, Brands points out, was on Europe and the rise of the Soviet Union’s Iron Curtain and its challenge to democracy in Europe. MacArthur’s view was decidedly different: “In the cold war he [MacArthur] contended that communism would win or lose depending on what happened in Asia . . . The outbreak of fighting in Korea . . . had given him his chance to engage the communists.”

A final point of friction between MacArthur and Truman centered on Formosa. As fighting on the Korean Peninsula continued, MacArthur met with Chinese Nationalist leader Chiang Kai-shek after concerns arose that Mao Tse-tung’s Communist forces were preparing to invade Formosa. After the meeting, Chiang announced an agreement made with MacArthur without consultation or approval from Truman. This resulted in Truman establishing a policy that press statements were to be cleared by the White House prior to release. It would be this policy that would be MacArthur’s undoing. “The Joint Chiefs of Staff have felt, and feel now that the military must be controlled by civilian authority in this country,” Brands relates. “They have always adhered to this principle and they felt that General MacArthur’s actions were continuing to jeopardize the civilian control over the military authorities.”

It was MacArthur’s unauthorized negotiations with Chiang, which risked expanding the Korean War into a broader conflict with Communist China, that ultimately gave Truman the cause for relieving the general, whose popularity at home had provided him an unassailable degree of protection to that point.

In total, Brands’ book presents a great study of military and civilian leadership, control of nuclear weapons in the early days of the Cold War, and confrontation and conflict in post-World War II Asia. It is a must read for historians of both military and political history. But among the greatest contributions it offers is to the ongoing discussion about the appropriate relationship between military leaders and political authorities. As a topic that is garnering heightened attention this year, it makes this book particularly timely; and with the civil–military relationship an issue that members of the military will continue to grapple with, this is a book that belongs on every officer’s bookshelf. 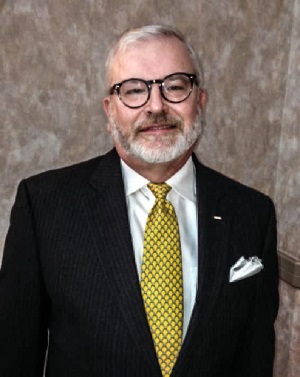 Dave Mattingly  is a writer and national security consultant. He retired from the US Navy with over thirty years of service. The views expressed in this article are those of the author and do not reflect the official policy or position of the Department of Defense or the US Government.
Share on Facebook Share
Share on TwitterTweet
Share on LinkedIn Share
Send email Mail
Print Print