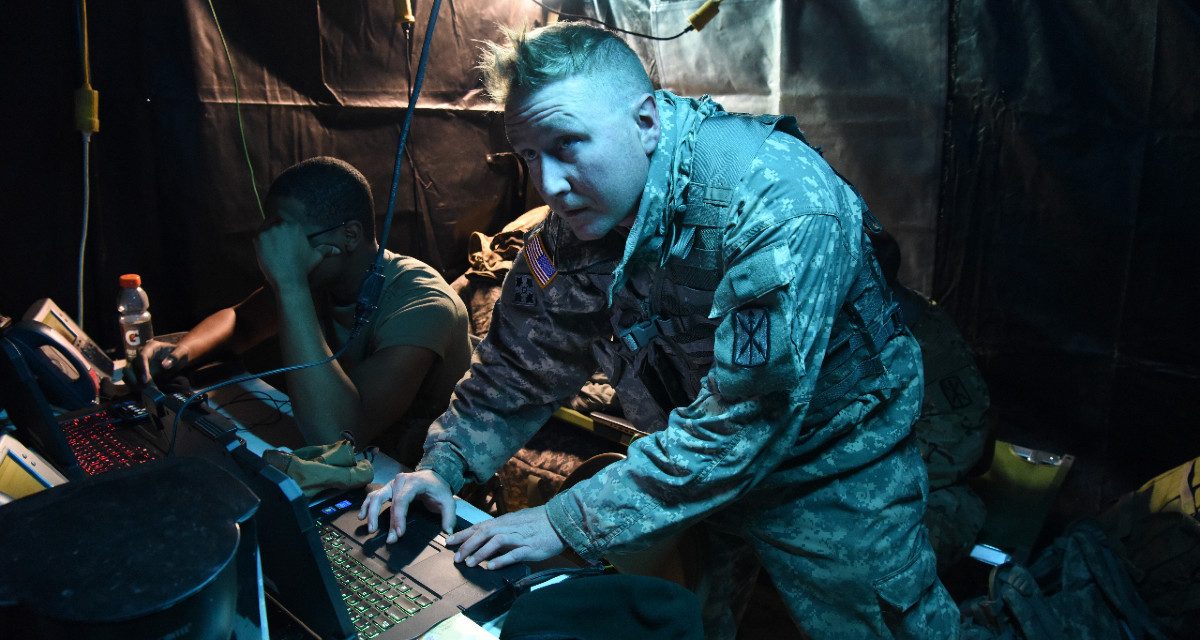 O divine art of subtlety and secrecy! Through you we learn to be invisible, through you inaudible; and hence we can hold the enemy’s fate in our hands.

In December 2018, the US Army Training and Doctrine Command published a document—The U.S. Army in Multi-Domain Operations, 2028—outlining how the Army will “compete, penetrate, disintegrate, and exploit” adversaries in future conflict. The document predicts that in an era of great-power competition, where our enemies seek to avoid conventional military conflict, they will confront and challenge US power unconventionally and asymmetrically to fracture and erode our strategic advantages. The document also describes how adversaries are developing and deploying capabilities “in all domains—Space, Cyber, Air, Sea, and Land” to fight and defeat US forces.

There is a missing domain, however, and it will be decisive in modern war and the future strategic environment. The cognitive domain of war has been explored and contested for centuries. Chinese strategist and philosopher Sun Tzu believed that wars are won through intelligence, information, and deception; attacking enemies where they are least prepared; and breaking resistance and subduing adversaries indirectly without fighting.

Liberal democratic societies will have a cultural resistance to militarizing the cognitive domain. Despite this resistance, to achieve national security objectives, protect national security interests, and prevail in modern war requires achieving cognitive superiority. But, what does that mean? And more to the point, how is it achieved?

Cognitive superiority is achieved through technological advantage and augmentation.

We must be able to gather, decipher, process, and understand tremendous amounts of data and information faster than an adversary. This capability must be fused with advanced technological capabilities—such as cloud-enabled computing, robotics, artificial intelligence, and virtual or augmented reality—and the ability to communicate the knowledge we derive from the data internally and externally faster than our enemy. This is required in order to get inside an enemy’s decision cycle, influence the enemy’s perceived reality, and impose our will.

Collectively, we must understand the implications of information rapidly becoming a predominant form of national power, with three particular imperatives. First, we know we are in the “Information Age,” but we also need to fully explore and accept its implications for national security. Second, we must understand that conflict in the cognitive domain equates to persistent, unrestricted warfare in a gray zone between war and peace. It will target the entirety of a nation’s human capital. It will cause us to question our actions and responses to enemy provocations. Third, we must excel in deciphering fact from opinion, truth from falsehood, and science from conjecture. While Frederick the Great’s and Carl von Clauswitz’s coup d’oeil will always play a role in warfare, the ability to see things simply and innately is dramatically more challenged as information, disinformation, and both true and false knowledge grow at exponential rates.

Cognitive superiority is achieved through education.

Cognitive limitations come with being human. The ability to think rationally is limited or bounded. An example of bounded rationality is in how individuals instinctively use mental shortcuts to make decisions. Our emotions, belief systems, culture, education, and experience “assist” us in filtering the overwhelming information to which we are exposed. We filter information to create and reinforce perceptions of reality that conform to our values and beliefs.

A failure to understand the long-term, national-security implications of public education policy cripples our human capital. On a societal level, for example, understanding science can counter against misinformation campaigns and opinion that disregards facts and data, and improve our ability to discern between true and false knowledge. From a national-security perspective, America’s public education system produces young men and women who will go on to serve in uniform in an increasingly complex and contested global operating environment—with clear implications for their preparedness to do so.

Cognitive superiority is achieved through organizational learning and adaptation.

Achieving cognitive superiority requires a tiered, multidimensional approach. These dimensions include the individual, group, and organizational; all levels of government; and all elements of national power. Coupling investments in technological advantage with investments in human capital enables comprehensive organizational learning and adaptation. Investment is not just about money, however. It is also about time.

Liberal democratic societies will resist the perceived militarization of the cognitive domain. To diminish resistance to a national imperative requires leaders with the intellectual curiosity, political will, and courage to understand the national security implications of the cognitive domain. With that understanding, they must possess legitimacy and credibility to coordinate efforts across institutions, levels of government, and all domains of national power to ensure the United States retains advantage over its adversaries.

The US military is nearing a tipping point in its acceptance and understanding of the importance of achieving cognitive superiority. The Joint Staff currently has a publicly available draft document entitled, “Developing Today’s Joint Officers for Tomorrow’s Ways of War.” The document appears to be pre-decisional and pending approval. Regardless, it recognizes that “the evolving and dynamic security environment, which includes disruptive changes in the character and conduct of warfare, demands immediate changes to the identification, education, preparation, and development of our joint warfighters.” The document goes on to state that this “intellectual overmatch . . . cannot be achieved without substantially enhancing the cognitive capacities” of our military.

At present, pundits, professors, and potential adversaries recognize that we are in a race to achieve cognitive superiority. It is a race the United States is at risk of losing. Indeed, our adversaries have foraged through and stolen our intellectual property for decades unhindered and unpunished. Yet, the United States has distinct advantages that it must leverage, including American entrepreneurial spirit, productivity, and business practices. However, to achieve cognitive superiority requires an unprecedented level of public-private partnership between government and industry.

If our adversaries intend to attack us where we are least prepared in an effort to break our will to resist, we must anticipate great-power competition, and conflict, in the cognitive domain. The keys to achieving superiority in the cognitive domain are in our possession. Comprehensive investment, public-private partnership, and effective leadership will help us win. Shortsightedness, parochialism, and divisiveness can make us lose.

Col. Todd A. Schmidt, Ph.D., is a US Army Goodpaster Scholar and SAMS alumni. The views expressed are those of the author and do not reflect the official position of the United States Military Academy, Department of the Army, or Department of Defense.