Mission Accomplished? The Perils of Declaring a Premature Victory Over ISIS 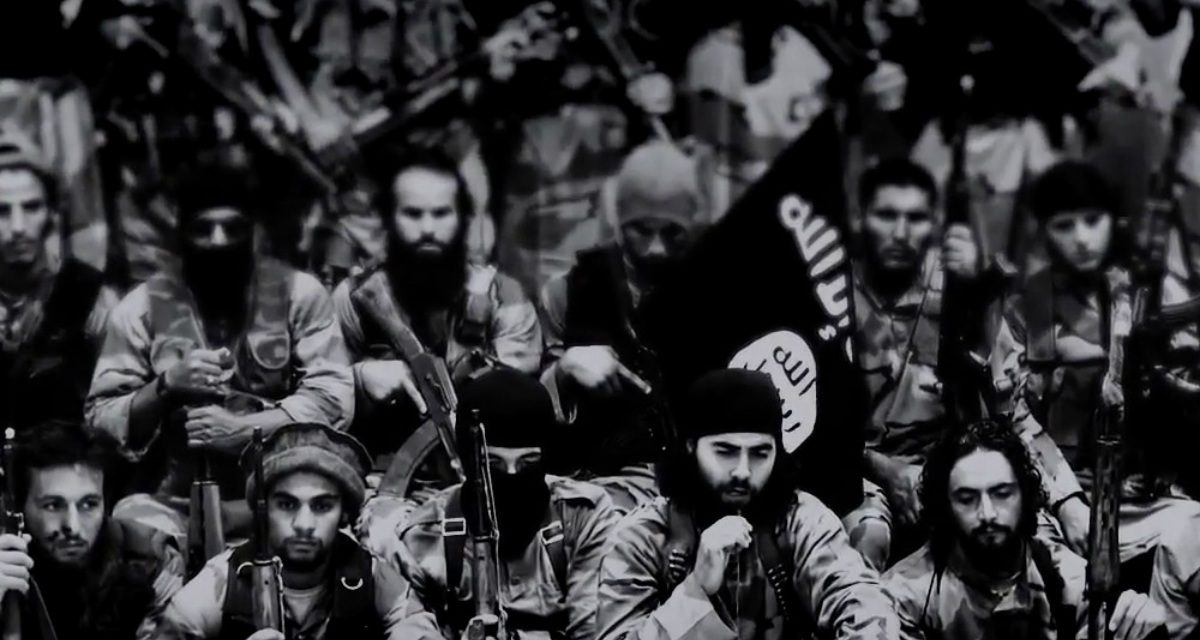 In July 2019, Abdul-Majeed Marouf Ahmed Alani, a mechanic working for American Airlines, attempted to tamper with a plane’s navigation systems at Miami International Airport. Alani allegedly super glued styrofoam inside the plane, but the pilots detected the malfunction in time before the plane took off. While the offense was serious enough, what is even more worrisome are the links that were discovered between Alani and ISIS. Investigators found that Alani had videos of ISIS murders on his phone and made statements indicating he was hoping Allah would harm non-Muslims. Alani’s act is a harbinger of what might be coming: further ISIS-inspired terrorist attacks in different places across the world. ISIS might have lost most of its territories in Syria and Iraq. However, the group is far from being defeated. Believing otherwise places international security at risk and provides a false sense of protection against future acts similar to those of Alani.

US President Donald Trump has issued multiple declaration of victory over ISIS. Back in December 2018, Mr. Trump stated: “We have won against ISIS.” He subsequently initiated US troop withdrawals from Syria. The administration has equated the loss of physical territory with ISIS defeat. By the summer of 2019, ISIS no longer wielded control over its territorial caliphate in Syria and Iraq, as the last stronghold of Baghouz fell in Syria in March. In July 2019, President Trump reiterated his belief in the triumph over ISIS: “We have 100 percent of the caliphate, and we’re rapidly pulling out of Syria. We’ll be out of there pretty soon. And let them handle their own problems. Syria can handle their own problems—along with Iran, along with Russia, along with Iraq, along with Turkey. We’re 7,000 miles away.”

However, any declarations of victory over ISIS are premature. The group has long been developing its insurgent capabilities and has been preparing to take the fight underground. There are numerous indicators suggesting that ISIS is getting ready for a comeback. According to the recent Pentagon inspector general’s report, ISIS is resurging in areas of Syria and Iraq. The report estimates that the group retains a force of fourteen to eighteen thousand people, including up to three thousand foreigners.

In addition to the forces it retains on the ground in places it was militarily “defeated,” ISIS continues to exert substantial influence on online audiences. In September 2019, ISIS leader Abu Bakr al-Baghdadi issued a rare new message to his followers. The message is a call for action that encourages ISIS supporters to redouble efforts on multiple fronts: in religious activism, as well as in the spheres of media, military, and security. Al-Baghdadi indicated that his group is not willing to accept the defeat. “Soldiers of the Khilafah . . . have not weakened from what they have incurred nor have they waivered against their adversaries,” he stated. Al-Baghdadi specifically encouraged his followers to help ISIS members in prison by making an “effort in saving them and destroying the gates that imprison them.” With his call for subversive “deeds,” al-Baghdadi demonstrated a resolve to continue the fight.

Al-Baghdadi’s message has spread far and wide, suggesting that ISIS still has a significant online following. The video of al-Baghdadi’s speech reappeared on at least thirty websites. ISIS supporters worldwide reacted to his message by posting photos of handwritten notes on pro-ISIS Telegram channels. These notes that came from at least forty-one different countries, including the United States, contained ISIS-inspired slogans or new pledges of allegiance to the group.

Social media still plays an enormous role in allowing ISIS to disseminate its propaganda, and multiple reports indicate that ISIS has renewed its aggressive online campaign. For instance, John Miller, NYPD Deputy Commissioner of Intelligence and Counterterrorism, recently shared that his department has seen a spike in violent online messaging. “What we’ve seen lately, is an unusual amount of propaganda directed at attacks on U.S. soil and an unusual amount of that pointing to New York as a target,” he said.

These online activities indicate that despite territorial losses, ISIS’s capacity to incite terrorist attacks in its name has not diminished. At the height of its popularity, ISIS attracted over forty thousand foreign fighters from at least 110 different countries to the territory it controlled in Syria and Iraq. Unknown numbers, however, aligned themselves with the group but did not travel for various reasons. Some such ISIS sympathizes have instead chosen to attack at home. Among them are Akayed Ullah, who set off a pipe bomb at the Port Authority Bus Terminal in Manhattan in 2017, and Sayfullo Saipov, who drove a pickup truck into a crowd, also in Manhattan, in 2017. Given the renewed onslaught of ISIS propaganda, existing supporters of the group and new recruits might similarly follow the group’s instructions to strike in their home countries.

In addition to those who have never been to Syria or Iraq, ISIS now can count on hundreds of foreign fighters who have managed to return home. Some foreign fighters slipped back before many countries introduced criminal measures against foreign fighting in response to UN Security Council Resolution 2178, passed in 2014. Others were actively smuggled back in by ISIS. For instance, Belgian Abdelhamid Abaaoud returned to Europe to build a terrorist network, exploiting refugee flows to bring in some of his people. Notoriously, Abaaoud’s network staged a coordinated set of terrorist attacks in Paris in November 2015.

Many more foreign-fighter returnees might be waiting for ISIS instructions to attack. US officials have warned that ISIS has managed to dispatch “hundreds of operatives” back to the European Union. Interpol continues to detect the movement of foreign fighters in the Mediterranean. Smuggling networks have been active in Greece, and have been willing to provide ISIS members with stolen identity documents, including US passports, for as little as $8,000.

Surely, many foreign-fighter returnees have been tracked by the authorities. Many have been prosecuted and have gone to prison. However, additional challenges are associated with the imprisonment of foreign-fighter returnees. First of all, many governments have been struggling with developing a coherent prison regime for foreign-fighter returnees in systems where prison-based radicalization is already rife. Further, few countries have implemented strategies on rehabilitation after prison. In the meantime, foreign-fighter returnees will be getting out of prison in the not-so-distant future. In the United States, the average length of sentences for ISIS-related convictions is 13.2 years. Thus, in a matter of just several years, many radicalized individuals will be leaving prison. And while Western governments have been grappling with the best ways to deal with prison-based radicalization, ISIS has adapted to exploit it. The group has already relied on individuals like Mehdi Nemmouche or Cherif Chekatt, who both radicalized in prison, to carry out the 2014 attack on the Jewish Museum in Brussels and the 2018 attack on the Strasbourg Christmas Market. It would be naïve to expect that ISIS will cease its prison-based recruitment.

If home-based imprisonment poses challenges, detention of ISIS members in Syria and Iraq is even more problematic. In northeastern Syria, the Syrian Democratic Forces are holding around ten thousand ISIS fighters, including about two thousand foreign fighters, in “pop-up” prisons. The group lacks the capacity to securely detain these individuals and US officials have issued warnings of ISIS fighters breaking out of prison. Attempted prison breaks have already been reported.

Further yet, large numbers of ISIS women and children are held in deplorable conditions in displacement camps. The al-Hol camp was built for ten thousand people but houses at least seventy thousand. This number includes more than eleven thousand foreign ISIS women and children. Many of them lack proper documentation and their home countries have been reluctant to bring them back. While the international community has been paralyzed in providing an adequate response, ISIS has been swooping in. ISIS women have resurrected the infamous morality police inside the camp, and a number of brutal executions have been reported. Other reports indicate that ISIS has been conducting recruitment in the camp, and has been smuggling people in and out. Given these conditions, one can only expect further radicalization spreading in the camp.

Considering these many developments, it would be erroneous and dangerous to believe that ISIS has been defeated. ISIS today is no longer confined to the territories it held in Syria and Iraq but has a wider international presence. It is more dispersed and is geared up for an unrelenting insurgency. It is time that the United States takes ISIS’s resurgence seriously and develops a clear strategy for combating the group on multiple fronts. It needs to devise ways to prevent further recruitment but also to deal with those who are already radicalized and might be in detention. Otherwise, it is facing a continuing fight with ISIS 2.0.

Elena Pokalova is an Associate Professor at the College of International Security Affairs, National Defense University. She is the author of the forthcoming book, Returning Islamist Foreign Fighters: Threats and Challenges to the West. The views expressed are those of the author and do not reflect the official policy or position of the National Defense University, United States Military Academy, Department of the Army, Department of Defense, or US government.