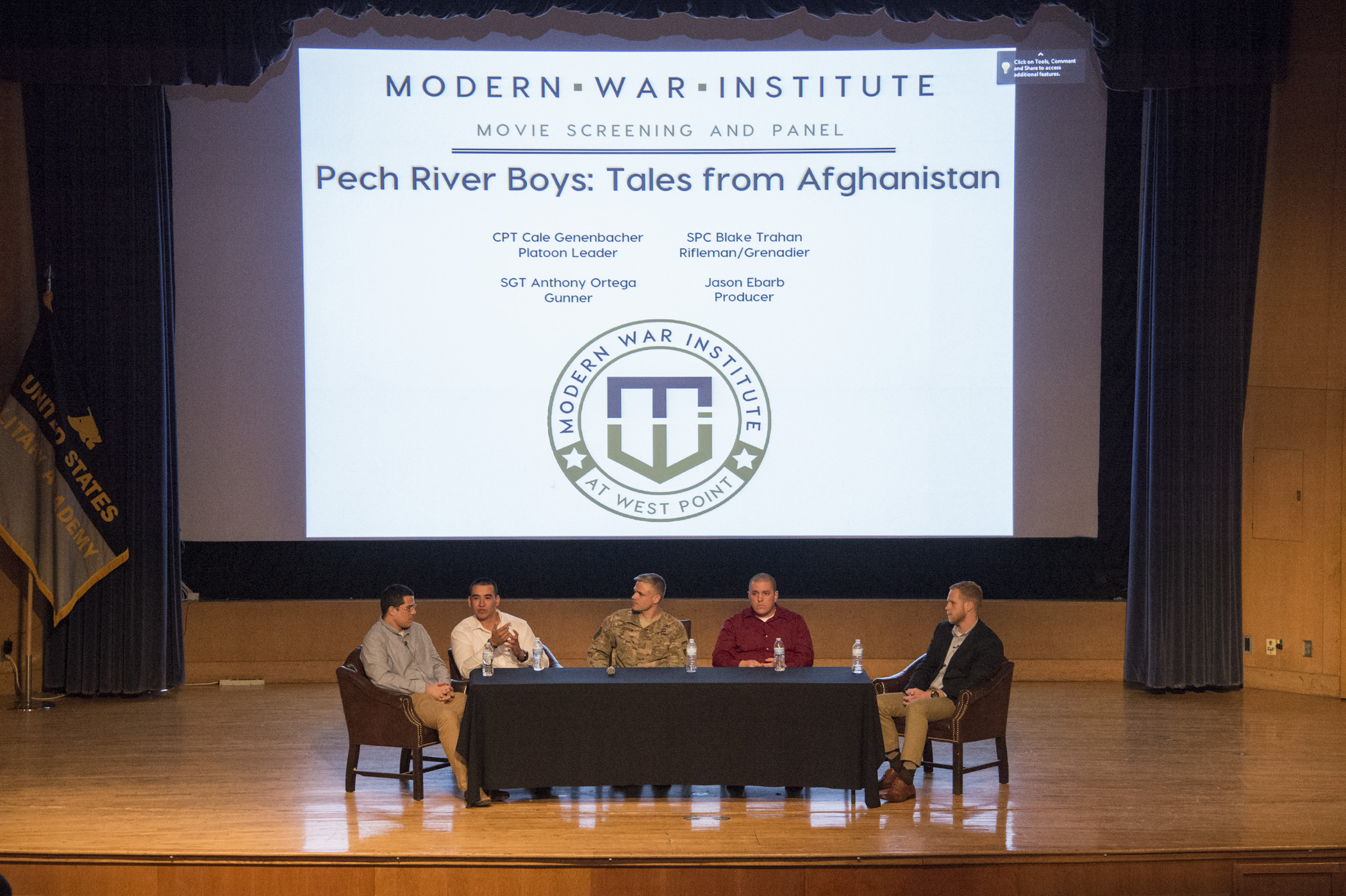 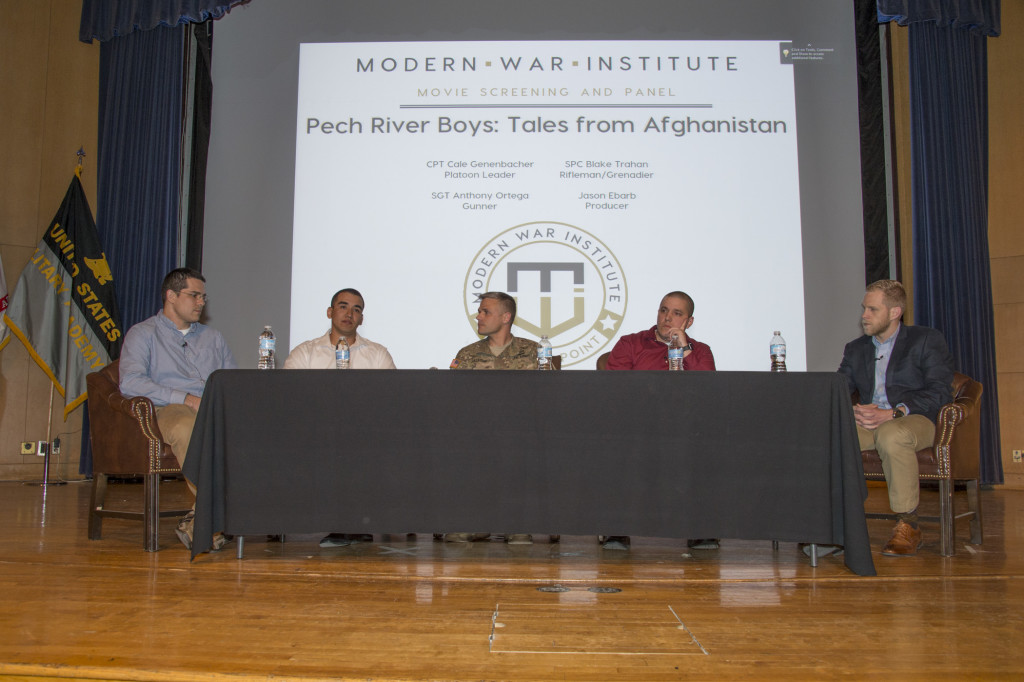 The Modern War Institute (MWI) showed “Pech River Boys: Tales from Afghanistan” and hosted a panel discussion with members of the cast and crew on Friday, March 25. Roughly 300 cadets turned out for the event in Robinson Auditorium.

As a grassroots production, the film touches on themes of maintaining unit-cohesion, morale, motivation, and discipline in a high-stress combat setting, and dealing with loss. Ortega and Trahan conceived the project to help preserve the memory of their fallen brother, SPC Brian Tabada. The film was part of the healing process – a way to work through a very difficult deployment mentally and emotionally.

During the post-screening discussion, Ortega and Trahan discussed their expectations of and experiences with Genenbacher taking over the platoon in combat after the previous platoon leader had been shot in the face and taken out of the platoon. They said that it took Genenbacher time to earn their trust and respect, but he did so by constantly demonstrating he knew his job and was tactically proficient. They said there were many times during the deployment when they questioned his decisions to patrol aggressively or go out immediately after losing their platoon mate, SPC Brian Tabada; however, in retrospect, they believed that Genebacher’s decisions were ultimately the right ones to help as many of the platoon come home as did.