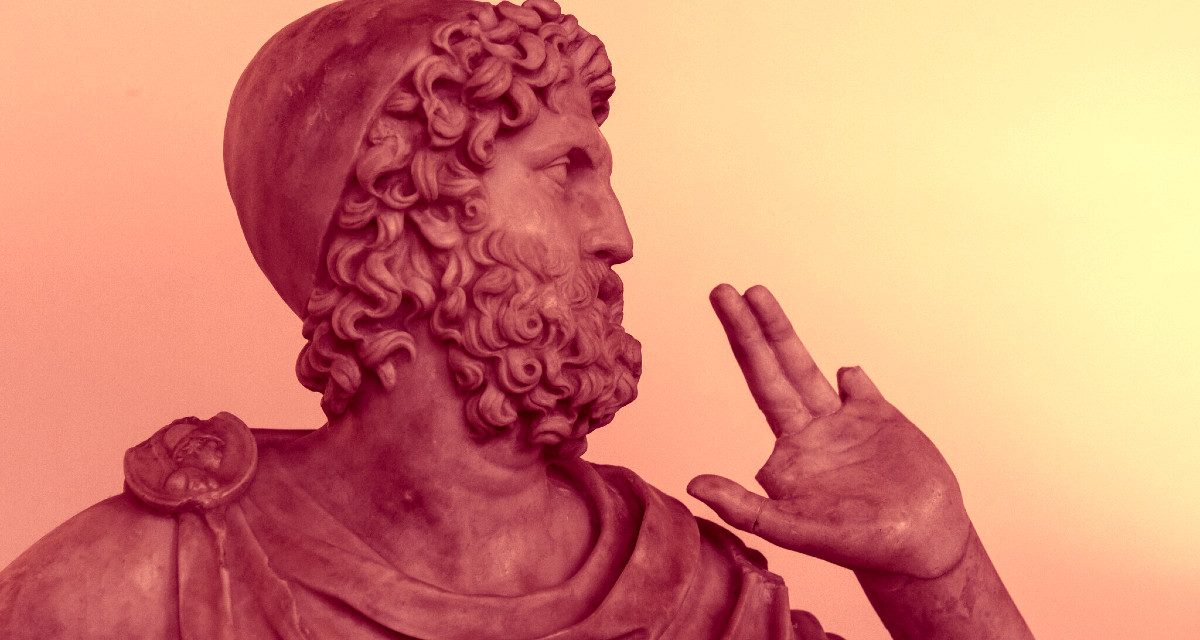 Since the 2017 US National Security Strategy reoriented the US military to strategic competition, many scholars and practitioners have argued that the future of special operations forces (SOF) depends on the effective use of emerging technologies and the transformation of operators into digital warriors.

This view is misguided. Rather than funneling ever more investment to technologies such as big data processing, exoskeletons, drones, or satellites, Western special operations forces should spend more time and money on improving the minds of future operators.

To understand the realities of warfare, Western special operations forces would do well to reacquaint themselves with the lessons of Greek mythology—and in particular the story of the Greek heroes Achilles and Odysseus. Achilles was the finest warrior on the battlefield, a demigod among men. Odysseus was a strategic and operational magician, more cunning than fearsome. Achilles killed champions, princes, and kings. Odysseus won wars. Today, Western special operations forces, collectively, look too much like Achilles, and not enough like Odysseus.

The March of Technology

SOF have been at the core of US military interventionism since President John F. Kennedy. Under subsequent administrations, counterterrorism missions displaced SOF’s initial focus on unconventional warfare due to decades of murders and kidnappings of US diplomats, soldiers, and citizens. This transformation was accelerated following the 9/11 terrorist attacks, after which the clear focus of special operations became direct action and capture/kill missions. Underpinning these missions was a doctrine of raiding in darkness where speed, surprise, and superior firepower could overcome mass and the defensive positions of adversaries. Missions became a scientific calculation of variables.

But while technology may have helped at the tactical level, it has led to no greater strategic success. The United States and its allies have spent twenty years developing a SOF ethos that has encouraged a transformation into a digital Achilles: uber warriors, enabled with a supposed all-seeing eye, perfect situational awareness, beautiful weapons, and infallible intelligence, capable of decapitating adversaries and thereby collapsing their organizations, regimes, and ideologies. In the process, the defense apparatus has created SOF operators who are overly dependent on technology and connectivity.

This development did not represent adaptation to a changing character of war. Ignoring their adversaries’ votes, this was a specialization of forces for wars and types of warfare that senior military leaders and policymakers thought they could and should prosecute—as opposed to those they are likely to face. But Western militaries have been unable to “tech” their way to victory. It is improbable that they ever will.

That’s because promised advances in science rarely materialize as anticipated (certainly not on time on budget), only occasionally live up to expectations, and have mostly been countered, bypassed, or superseded, especially amid a great democratization of advanced weapons and capabilities. Real and sustained technological advantage does not persist because war is a reciprocal dynamic with adversaries.

And doubling down on new technology—the ubiquitous answer found in military publications discussing the future of SOF—is unlikely to help. US adversaries have already produced equipment to bypass much of what the West is investing in—consider, for example the new generation of Russian air and missile defense systems, the Zircon hypersonic cruise missile, or Chinese directed-energy weapons and maneuverable reentry vehicles. On a battlefield where technology is not as decisive as many people continue to argue, great power competitors will be able to expose the weaknesses and vulnerabilities of Western SOF.

History suggests that SOF and their forebears have found most success not as Achilles but as the other Greek hero, Odysseus. Odysseus was a cunning, conniving, cheating scoundrel who relied on his mind, lies, wit, and instinct to turn the course of campaigns where Achilles had proved unsuccessful. Think of the sacking of Troy, a true competition of great powers: the coalition of Greek city-states and island armies fighting a massive expeditionary campaign together under a single cause against the mass of Troy—a people on the defensive, but whose own modernization and mastery of technology made them a peer.

Achilles and his Myrmidons were the SOF of the day. They were the best warriors the world had ever seen, trained for nothing but high-tempo action, wreaking death and destruction with efficiency and lethality. Their mastery of dismounted close combat, ambush, open warfare, maneuver, movement, and concealment gave them no equals. And yet they failed. By contrast, the campaign was won by the guile and wit of Odysseus, the king of a small and insignificant island with no ancestral mastery of warfare, whose deception campaign and exploitation of the best of allied strengths helped steer the Greeks to victory.

Such a mindset has proved decisive when used as part of a coherent campaign design in several recent conflicts. In the May 10, 1940 German attack on Fort Eben-Emael, the Israeli air campaign during the Six-Day War, and the Battle of Asal Uttar in 1965 between India and Pakistan, mindset trumped numerical and technological advantage.

Today, we might equip a contemporary Odysseus with technology, but it will be the mind that is more likely to determine the outcome of future interventions and engagements. Rather than invest in huge amounts of technology, data processing, drones, or satellites, the United States should invest in the minds of its warriors. The entire SOF training and education infrastructure requires modernization and overhaul to present more realistic and complex challenges for SOF members. Starting from the basics—like the US Army’s Special Forces Qualification Course—training scenarios must reflect the characteristics of real adversaries’ specific concepts, such as China’s Unrestricted Warfare and Russia’s New Generation Warfare, as well as the capabilities and limitations of their weapons and equipment. SOF operators must become well versed both in the theoretical approaches of their future enemies and in what they can do during real operations. And the concepts and capabilities of the allies and partners that the United States is likely to fight alongside must also be included in the SOF training regime. The most important of these concepts is the “Total Defense” strategy that some smaller US allies have adopted, which requires US SOF to better understand how to enable these small countries’ resistance forces in twenty-first-century urban environments without all the combat support and combat service support they have become accustomed to in recent decades.

SOF training should also focus on developing skills that enable SOF operators to effectively use commercially available, nonstandard, foreign-produced platforms to deliver strategic effects even in the absence of traditional military support. These fundamental scenario changes would also require major changes in the existing training infrastructure, including the development of much larger and more complex urban training facilities where training should be supported by hundreds of role players familiar with the specific conditions of specific countries. SOF training should consider abandoning the idea of training operators who have a mile-wide but inch-deep skill set and instead focus on developing highly specialized experts. To achieve this level of expertise, regional alignment might be replaced by country-specific alignment in some strategically important regions and the majority of SOF training could take place on foreign soil. Finally, processes should be in place to allow former adversaries or foreign countries’ militaries to teach at US military educational institutions. Learning how they developed solutions in resource-scarce environments to mitigate modern militaries’ capabilities would serve as an invaluable advantage for future SOF against both state and nonstate adversaries.

As recent Joint Chiefs guidance put it, “There is more to sustaining a competitive advantage than acquiring hardware; we must gain and sustain an intellectual overmatch as well.” To make this a reality, the US military needs to develop a different kind of special operator. This cadre must not perpetuate the myth that technology will solve every problem but rather rely on deep knowledge, cunning, wit, adaptation, and instinct. On the battlefields of the future, SOF operators will need to emulate Odysseus to survive—let alone to win.

Dr. Peter Roberts is the Director of Military Sciences at the Royal United Services Institute, having been the Senior Research Fellow for Sea Power and C4ISR since 2014.