More than a Test: Building a Better Army Fitness Culture 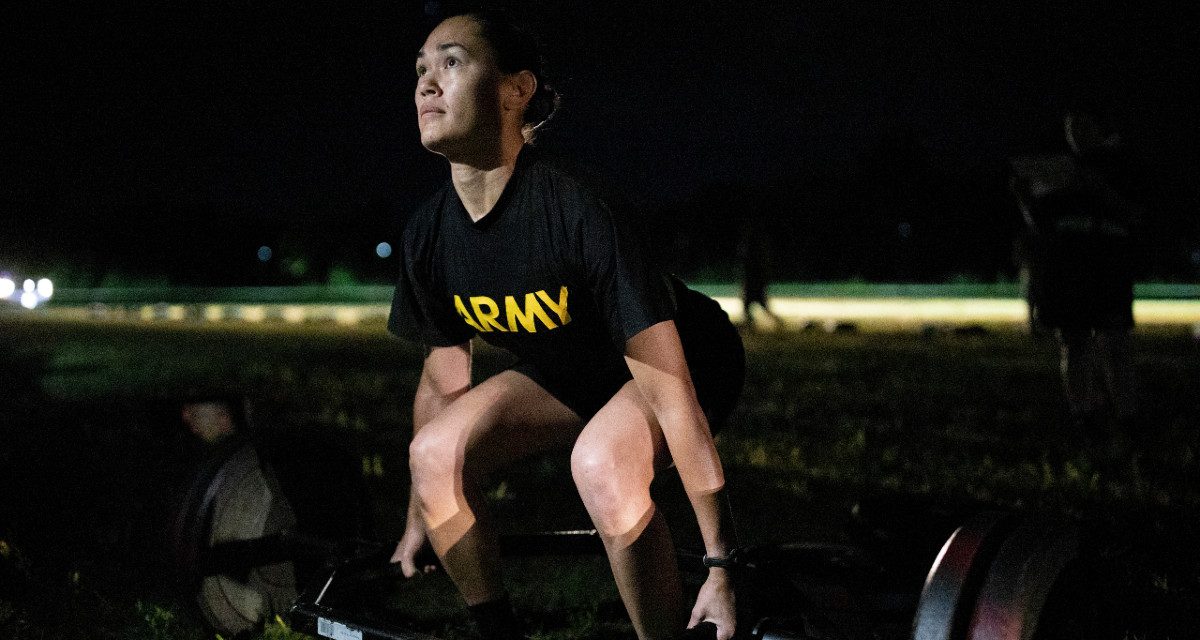 The new Army Combat Fitness Test (ACFT) is a major improvement over the old Army Physical Fitness Test (APFT). The new test and the changes that it will drive—ranging from Army institutional beliefs to everyday physical fitness practices—will lead to a force more fit, resilient, healthy, and ready for the rigors of soldering. The next challenge will be implementing a new Army fitness culture to get the most out of the ACFT. Fortunately, there is a ready resource for those challenges: the world of CrossFit.

The most fundamental difference between the ACFT and APFT is that the new test incorporates years of advancements and understanding in the fields of exercise science, physiology, sports medicine, and injury prevention. These advancements are also reflected in the evolution of CrossFit, and the similarities between the science, theories, and even movements associated with the ACFT and CrossFit are inescapable.

CrossFit is a form of functional fitness that started over twenty years ago. It is also a community that has constantly evolved and has grown to over fifteen thousand brick-and-mortar gym affiliates. Since its inception, CrossFit’s effective training techniques have been learned at both the CrossFit headquarters level and in affiliate gyms, backed up by both empirical and academic evidence. Over time, as better training methods have developed, the training has grown more effective and has helped a wide population of people with varied fitness levels, training backgrounds, and capabilities.

Given the shared body of sport science that both the Army and the CrossFit community have incorporated, there are natural aspects of the CrossFit methodology that the Army could adopt to further advance the ACFT and, more importantly, contribute to a long overdue overhaul of soldier fitness culture.

The challenge with any Army fitness test is that soldiers will overtrain for the specific movements required by the test. This was one of the flaws of the APFT. Daily physical training sessions routinely consisted of only doing the exercises (push-ups, sit-ups, and running) that were on the test. The Army must directly address ways to prevent soldiers from doing the same with the movements in the ACFT.

CrossFit, like the Army, has tests—maximum deadlift, Olympic lifts, and squat and pressing movements, just to name a few. CrossFit also has tests for things ranging from aerobic capacity and endurance to vertical jump and maximum jump-rope repetitions.

CrossFit is founded on a constantly varied workout strategy with a focus on providing an effective training stimulus each exercise session and being able to recover from the training, which produces measurable gains in fitness. That means when you go to a CrossFit class, the daily workouts are almost always different. They vary but include the fundamental movements and key fitness components necessary to build cardiovascular endurance, stamina, strength, flexibility, power, speed, coordination, agility, and balance.

Put simply, improving performance in any movement is not just about repeatedly doing that movement. Boosting performance in those exercises involves improving all the muscles and systems the test exercise is assessing—be it core stability, aerobic capacity, power, balance, muscular strength, agility, and so forth.

In the Army, individual leaders design physical fitness sessions and schedules. These leaders rely on doctrine as well as their personal education, training, and experiences. In a single company, each platoon’s physical training may vary greatly depending on the unit guidance.

CrossFit is centrally programmed. In most affiliates, each class throughout the day will follow the exact same warm-up, workout, and cooldown. This daily program is usually designed by a senior trainer relying on key programming methods built around general physical preparedness, which trainers learn in their certifications. There are also websites where CrossFit affiliates can pull daily, weekly, and monthly workout programs.

For the Army, when everyone in a group does the same workout, it reduces requirements on individual leaders and allows them to focus on running the exercise session. Doing the same, scalable workout also enables the intended stimulus of the day to be achieved by the most fit and most unfit athletes, and everyone in between. Coaching is key to getting this point across, but the workout itself can also help keep everyone oriented on the same intended stimulus. Each unit likely won’t have an experienced coach to lead the way effectively, so the programming has to be an important component of building a reinforced and consistent fitness culture across the Army.

Walk into most CrossFit gyms and you will find a giant whiteboard with the single workout that all classes for the day will do, along with the scores of everyone that has come before you. You’re also likely to see a gym records board with a long list of tests and workouts and top performers for each.

Intensity is key to improving performance, and modulating intensity is key to fitness gains. Some days the intended stimulus is high intensity, while on others it’s moderate or low. But when you are competing against your peers, or for records, you’re likely to push yourself harder than usual, which will increase the quality of all training efforts and produce better results.

Competition is a vital component of fitness success. In a CrossFit gym, you compete against your own past performance, against the numbers on the board, against the clock, and against others in the exercise session with you. Incorporating this into the Army by purposely organizing and managing healthy competition can drastically increase individual and team performance.

Put a whiteboard up in a platoon or company AO. Conduct daily competitions and measure them while allowing individuals and teams to strive for excellence. For unit records, have a simple, standing rule that the soldier needs a judge, and encourage all unit members to pursue those records. The ACFT might only run every six months, which allows for very little performance-enhancing competition. By contrast, integrating regular competition into the periods between ACFT iterations will enhance sustained fitness outcomes.

Trained and certified instructors are the center of gravity for CrossFit. Having an experienced coach and a low instructor-to-student ratio is ideal in any fitness setting. It takes time to develop the skills to lead a group effectively. Coaches or instructors should be able to logistically set everyone up to train effectively and safely. They must explain the movements and techniques involved, give each individual an option scaled to his or her fitness level, and enforce those options so there aren’t unnecessary injuries. This can also be done with a large group effectively, but doing so requires an experienced coach with the right knowledge and communication abilities. CrossFit relies on a challenging, tiered instructor training and certification program.

The Army relies on small-unit leaders with varying amounts of experience and professional military education for fitness instruction. In the past, the Army emphasized the completion of courses like the Master Fitness Trainer Course, but even that seeks to place certified trainers at the company level so they could advise in the overall unit fitness programing. With the new fitness test, the Army relied on ACFT Mobile Training Teams just to instruct on the new movements and how to give the test.

With the shift to the new fitness test, the Army should look toward the CrossFit instructor certification programs as examples of detailed but rapid schooling and certification for those leading daily unit fitness sessions. A new Army fitness culture requires even the lowest leader to be able to scale and monitor workouts for all soldiers’ individual capabilities and performance goals.

To be sure, the Army does not need to become the world’s biggest CrossFit affiliate. But there are lessons and practices that the CrossFit community has learned and refined that could be easily integrated into the Army’s new fitness culture. Doing so would improve the path the Army has already embarked on by introducing the ACFT, building a stronger, better, and more physically fit Army.

John Spencer is the chair of urban warfare studies with the Modern War Institute at West Point. A former Ranger instructor, he held the ranks of private to sergeant first class and lieutenant to major while serving in Ranger, airborne, light, and mechanized infantry units during his twenty-five years as an infantryman. He looks forward to connecting via Twitter: @SpencerGuard.

Robby Boutwell is a US Air Force veteran. He has been a CrossFit coach for over ten years. He has earned CrossFit Level 1 and Level 2 certificates and Certified CrossFit Trainer. He is the owner and senior coach of CrossFit Falcon View gym in Colorado Springs, Colorado.