“Mowing the Grass” in Somalia: The Only Option for the al-Shabaab Problem? 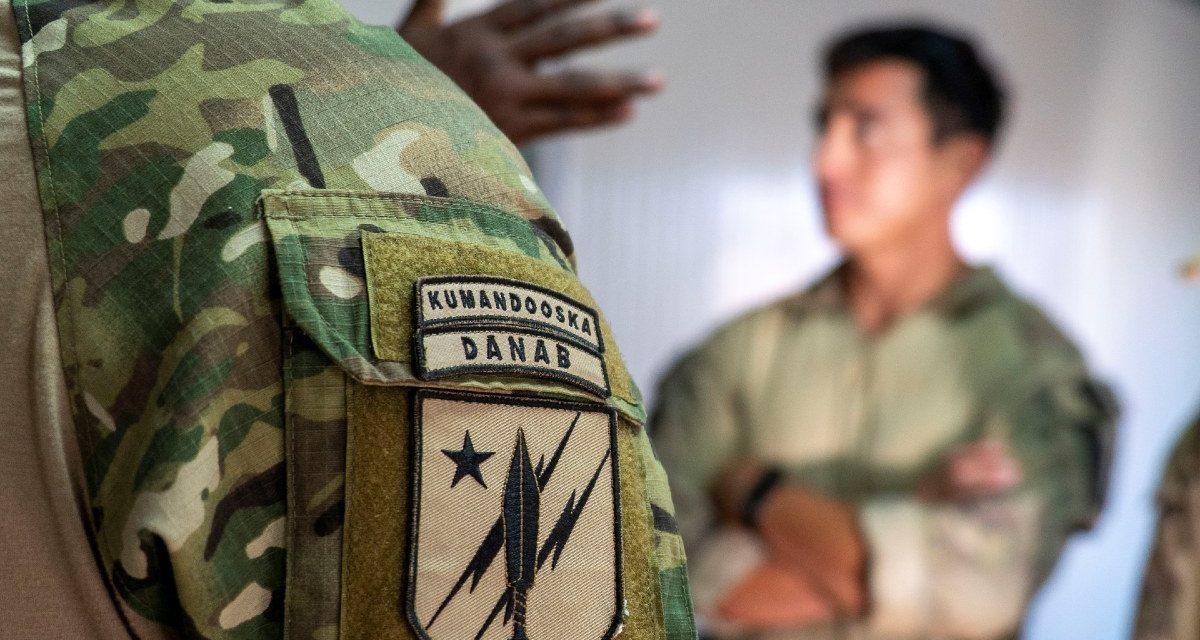 President Joe Biden’s decision to redeploy the US military into Somalia to combat al-Shabaab represents a marked departure from his administration’s position on extended military engagements. A year and a half after all US troops—about 750 in total—were withdrawn from Somalia under former President Donald Trump’s administration, the White House has announced that approximately 450 US service members will return to the troubled country. The announcement also comes less than a year after the withdrawal of US-led coalition forces from Afghanistan, and critics of the decision have accused the Biden administration of pushing the United States into yet another “forever war” without a clearly defined end state.

With the legacy of the United States’ post-9/11 wars—and their poor strategic outcomes—still looming large, concerns such as these are unsurprising. But there are two points that these concerns do not account for. First, there are no other short-term alternatives to take effective action against al-Shabaab. And second, while the administration’s strategy is reportedly not yet finalized, official statements and actions so far indicate that US policy toward Somalia aims to manage the threat of al-Shabaab rather than completely solving it. In this regard, the troop deployment and continued engagement without a concrete objective has meaningful parallels with the Israeli counterterrorism approach that has come to be known as “mowing the grass.”

“Mowing the grass“ typically describes Israeli counterterrorism strategy, but the term originated as an informal tactical term used within the Israel Defense Forces. It entered the strategic lexicon when Israeli academics Eitan Shamir and Efraim Inbar used it in a 2013 journal article. The strategy is based on cumulative deterrence. Faced with an intractable political situation and resilient nonstate actor foes, Israel aims to delay each iteration of violence. It postpones each period of conflict by continually degrading the terrorist groups’ military capabilities through targeted strikes. Israel does not seek to end the conflict on the battlefield but instead works to maintain the political status quo.

Similar to Israel, the United States has been engaged in an enduring conflict with a hostile nonstate terrorist organization with no apparent political solution. The African Union Mission in Somalia (AMISOM), with its international backers, including the United States, has waged war on al-Shabaab since 2007. Despite fifteen years of conflict, with annual cost reaching upward of $900 million dollars, al-Shabaab remains a severe existential threat to the Somali government. Approximately half of south and central Somalia remains under the extremist group’s control. Somali security forces, along with the organization that replaced AMISOM this year, the African Union Transition Mission in Somalia (ATMIS), lack the military capability to retake the rural areas controlled by al-Shabaab. Should ATMIS withdraw with Somali security forces in their current state, al-Shabaab would certainly expand its reach, potentially toppling the government quickly.

Somalia lacks the institutions and political stability necessary to be self-sufficient and resolve its internal conflict. While the nation recently achieved a peaceful transition of power to President Hassan Sheikh Mohamud, the fifteen-month delay of the election exposed the structural faults in Somalia’s political system. Political power is concentrated in the tribal federal states. Somalia’s “4.5 system” allocates political power and posts based on tribal affiliation rather than direct election, limiting the number of educated and qualified individuals in government posts and thereby weakening institutions. The result is political paralysis for the government in Mogadishu and an incomplete constitution. Somalia cannot defeat al-Shabaab politically because the state is unable to demonstrate that it can effectively deliver rudimentary services and govern its people better than the extremists.

Officials in Washington know that there is no political solution to the conflict with al-Shabaab without major capacity improvements by the Somali federal government. However, the United States and its partners have not committed significant resources to build Somali state institutions. International efforts focus on security and humanitarian aid within the nation. The mandate of AMISOM did not include direction to develop any Somali state institution except the state security apparatus. The March 2022 communique establishing ATMIS as the successor to AMISOM “recognizes that building strong and resilient national state institutions is key to achieving sustainable peace.” Yet, the African Union did not include any lines of effort to address institution building within the ATMIS mandate.

Today, a wariness of anything like a nation-building project in Somalia comes as no surprise, given the disastrous collapse of Afghanistan after a twenty-year campaign less than ten months ago. There is little evidence to suggest that better results might be achieved in Somalia. Even if there was an appetite for such an undertaking, it would have to compete with other priorities—the crisis in Ukraine, a volatile domestic economic situation, and an increasingly aggressive China. Against that backdrop, a small military presence with limited aims is far more palatable. This is especially true when such an approach is compared to alternatives: a more robust strategy could involve another costly state-building campaign that risks failure, while doing nothing could see the emergence of a jihadist state in the strategically valuable Horn of Africa.

In accepting the premise that al-Shabaab’s presence in Somalia and the threat it poses to regional stability is contrary to US interests, which the Biden administration evidently does, then some degree of US effort to reduce that threat and create cumulative deterrence against future attacks is logical. That effort is taking shape as a “mow the grass” strategy. In addition to the troop deployment, President Biden approved a Pentagon request to actively target approximately twelve of al-Shabaab’s suspected leaders. A senior administration official stated that the new strategy would focus on disrupting a small number of al-Shabaab leaders who presented a direct hazard to “us, and our interests and our allies” and reduce “the threat to a level that is tolerable.” This statement indicates that the US military will likely transition to offensive targeted strikes. Since President Biden assumed office, strikes have been primarily confined to supporting partner forces under attack.

The decision to reduce al-Shabaab’s capability through targeted strikes on potential leaders is essential to the “mow the grass” strategy. As Inbar and Shamir note, the elimination of key personnel such as trainers, logisticians, or leaders can significantly reduce the capability of a terrorist organization to mount sophisticated attacks. This is especially true for organizations such as al-Shabaab that control territory and function as an alternative to the formal government. The New York Times cited a senior administration official in summing up the US approach: “The Biden administration’s strategy in Somalia is to try to reduce the threat from Al Shabab by suppressing its ability to plot and carry out complicated operations.” While the United States cannot achieve victory solely through strikes, it can significantly reduce al-Shabaab’s capability to meet its end state.

In a March 2022 Senate Armed Services Committee hearing, General Stephen Townsend, commander of US Africa Command, expressed his support for the troop deployment to counter the loss of progress since December 2020. He attributed what he called the “backsliding” of the security situation in Somalia to several factors, including the lack of a synchronized interagency approach and the United States “not providing sufficient pressure” on al-Shabaab. Earlier in the same hearing, General Kenneth McKenzie, commander of US Central Command, explained that “sustained [counterterrorism] pressure is what prevents groups from being able to grow, to train, to think about plotting beyond their immediate survival.” The Biden administration’s plan to increase offensive strikes, create a persistent presence, and “mow the grass” amounts to precisely this sort of counterterrorism pressure.

“Mowing the grass” in Somalia requires a long-term presence to continuously degrade the threat of al-Shabaab—not least because it is necessary to bolster the capabilities of the Somali forces most aggressively taking action against al-Shabaab. The Biden administration reintroduced US troops to Somalia without a planned end date. This persistent presence is a rational policy as informing al-Shabaab of future US withdrawal would detract from deterrence. However, the current ATMIS mandate directs the international force to liquidate the mission by the end of 2024. US officials did not reference the ATMIS timeline while discussing the renewed troop deployment. Given the poor condition of Somalia’s federal institutions, President Mohamud’s friendly relations with international partners, and the numerous AMISOM mandate renewals since the mission began, an extension is likely. If that occurs, the US presence will further collective efforts against al-Shabaab; if not, that presence becomes something of an insurance policy to protect against al-Shabaab gains after a withdrawal of ATMIS.

Pentagon officials have maintained that the change of troop posture in Somalia does not include US troops in direct combat operations. The primary line of effort has been and will likely remain training, advising, and assisting Somali security forces. Positioning US troops indefinitely in Somalia better enables them to manage the al-Shabaab threat through partner forces. In his recent congressional hearing, General Townsend criticized partner forces for their inactivity against al-Shabaab. Permanent basing demonstrates commitment to partner forces, which can increase morale and encourage decisive action. The move allows the United States to directly support and influence partner forces to mitigate the risk posed by al-Shabaab.

While the Biden administration has not yet released a formal strategy for Somalia, what it has demonstrated is a desire to manage the problem of al-Shabaab rather than attempting to solve it. The Somali political system’s structural and demographic problems have fractured the country and paralyzed the federal government, leaving US policymakers with no immediate political solution to pursue. “Mowing the grass” by continuously degrading al-Shabaab’s capabilities in order to prevent the terrorist organization from threatening US interests is arguably the best option available—if not the only one.

Captain Sean F. O’Brien is a US Army military intelligence officer who most recently served with the 10th Mountain Division. He is currently assigned to the United States Army Intelligence Center of Excellence. O’Brien graduated in 2018 from the United States Military Academy with a BS in chemical engineering. He is a 2018 Anna Sobol Levy Fellow and holds an MA in government from Reichman University in Israel.