Much Ado About (Chinese) Nationalism: How Will China’s Past Shape its Future? 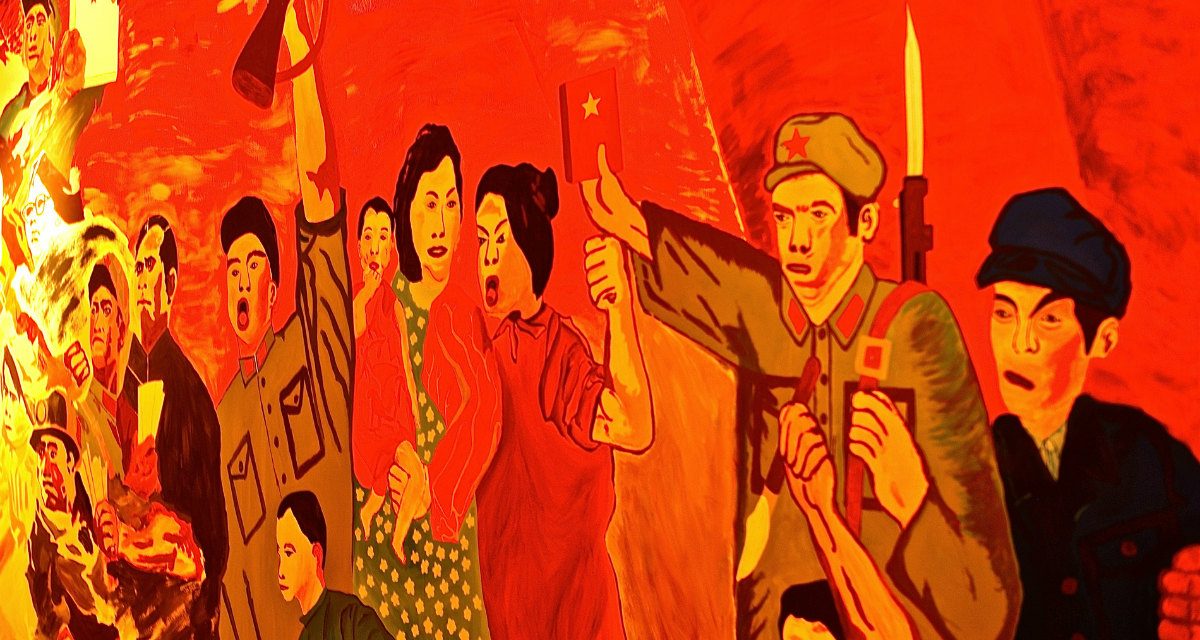 Robert Bickers, Out of China: How the Chinese Ended the Era of Western Domination (Allen Lane, 2017)

It is beyond trite at this point to say that the relationship between the United States and China is the world’s most geopolitically significant one, now and for the foreseeable future. Nonetheless, it’s no less true for being so frequently repeated. This year has seen a flurry of new books examining the relationship and grappling with both its history and its future prospects. The titles alone demonstrate the urgency of the issue, most notably with Graham Allison’s Destined for War: Can America and China Escape Thucydides’s Trap?, which expands the argument from his worthwhile 2015 article in The Atlantic. Allison emphasizes a historical approach, much inspired by the statecraft and advice of no less a statesman than Henry Kissinger himself, who has been advocating that students of foreign policy spend more time studying both history and philosophy. In a similar vein, Howard French’s recent Everything Under the Heavens: How the Past Helps Shape China’s Push for Global Power seeks to inform readers thinking about policy by recounting its history. Both of these are useful and well-reviewed, notably in The New Yorker and Foreign Affairs, along with a slew of other recent releases, offering further proof that it’s definitely time to have your own diagnosis of the US-China question ready for cross-examination over beers at the next Right Arm Night.

While both of the abovementioned books serve their readers well, more might be gained by putting aside the policy debate for a moment and instead embarking on a narrower but deeper inquiry into China’s recent past. Historian Robert Bickers’s Out of China: How the Chinese Ended the Era of Western Domination is decidedly not a policy book. Instead of drawing straight lines from the trials and tribulations of China’s “century of humiliation” to its modern-day foreign policy, Bickers focuses his effort on detailing what happened during the last hundred years in China and how that experience has created the particular nationalism of the Chinese people and the Chinese government. His method is classically historical, proceeding mostly chronologically and weaving the critical events together while relaying colorfully obscure anecdotes and re-animating the China of the twentieth century.

Throughout, his focus is on the character of Chinese nationalism and how it developed from the collapse of the Qing Dynasty, through the Republican and Nationalist governments, the Japanese invasion, and finally over the last sixty-eight years of the People’s Republic of China. He aims to present an objective account, but he is not shy about being motivated by the Chinese Communist Party’s use of history to create a brand of nationalism that serves its own purposes. Of course, China has no monopoly on crafting a historical narrative in its favor—this is well within the purview of nation-states everywhere. But that is not to say that others ought to acquiesce to the Chinese version. As a Brit, Bickers spends much of his time on the British experience in China, but his own patriotic loyalty certainly does not prevent him from excoriating the bad actors and calling out the pervasive racism and excessive violence of his colonial countrymen. He carries the burden of his country’s colonial sins well, by no means whitewashing the past, but also avoiding the self-flagellating of some colonial histories. A big part of the book’s appeal is this self-conscious attempt at objectivity: Bickers lays out all his research and allows the reader the time to come to his or her own conclusions and consider what the far-reaching policy implications might be.

Given the heat of current conversation about the US-China relationship, Out of China’s straightforward presentation and evenhandedness throughout are a welcome respite from the headlines and debate about how to deal with China’s rise. In light of the current domestic reckoning with the legacy of our own Civil War, it should not have been surprising to delve into China’s much more recent civil war(s) and see that the process of constructing a national identity is exceedingly messy and complicated for most, if not all, nations. And there lies an essential element as well: the narrative of Chinese nationalism is about both humiliation and rejuvenation, and it is critical to understand how China’s current pride is deeply rooted in its relatively recent suffering.

Bickers’s opening salvo to drive home this point tells the story of the infamous sign on Shanghai’s famous riverside park, the Bund, that said “Chinese and Dogs Not Admitted.” As it turns out, such a sign was not posted in the park during the colonial period, but a fabrication of the sign was on display at a Shanghai museum from the 1950s until 1989. As Bickers says, “the story of the sign was an urban myth conveying a simplified version of a complex story that had gained significant political traction.” Another reading of that same line could be a somewhat tongue-in-cheek definition of history itself, and it’s just this type of complexity that he spends the rest of four hundred pages exploring.

For both students of China and those unfamiliar with its history, the book offers an engaging portrait of a China in transition. He grapples with a colonial legacy in China that is different than most because of the number of different countries involved. While China was never fully colonized in the way that much of Asia was, it instead developed a patchwork of treaties, concessions, and settlements where foreigners enjoyed extraterritoriality and spoils similar to colonial holdings. Nowhere was this more prominently the case than in Shanghai. His portrait of Shanghai tells the story of an internationalized city—both in culture and in politics—and it is a riveting story indeed. Assessing the corruption there in the pre-WWII period, Bickers bluntly states, “This was Al Capone’s Chicago, but without the restraint.” He moves from tales of dancing, nightclubs, and jazz to those of political terror and violent uprising with the same ease that both occurred simultaneously in this wild time of Shanghai’s history. Long China’s most international and cosmopolitan city, it provides a vibrant backdrop for scenes of the worst colonial depredations, but it is also serves as an epicenter of the humiliation narrative and the necessary foil for the CCP as it mounts a campaign of cultural renewal and revolution from the rural countryside.

While Bickers does thorough work charting the story of post-Qing China’s twists and turns, his account really takes off as the Communists rise to prominence and create the PRC. Despite this period being more familiar terrain, Bickers’s eye for worthwhile stories and his focus on nationalism keeps the story engaging. He shines a light on the under-covered embrace of Soviet experts in the 1950s, thereby implicating the CCP in the same overreliance on foreign expertise they held against their Nationalist rivals, although with Russian faces and not British or American ones. He covers the well-known horrors of the Great Leap Forward and the Cultural Revolution with an eye toward how the rest of the world soaked up the influences of Maoism, showing how Mao’s Little Red Book finds its way into French film and the hands of the Black Panthers. As China opens and modernizes, the characters are even more familiar and there is obvious modern relevance, but Bickers maintains his impartiality and leaves the story of Chinese nationalism as an open question, though one with a healthy dose of skepticism about the CCP’s aims and treatment of history.

With that question of what Chinese nationalism means for the country and the world in mind, it is hard not to turn back to the currently raging policy debate about how the United States ought to approach its relations with China. With nationalism on the rise worldwide, including in America and across Europe, it’s also worth taking a closer look at the character of those nationalisms and considering Chinese nationalism in that global context. Harvard scholar Alastair Iain Johnston recently dove into the data on this question (“Is Chinese Nationalism Rising? Evidence from Beijing”) and, perhaps surprisingly, found no evidence of an increase, despite overwhelming use of “rising Chinese nationalism” as a rhetorical device. Perhaps even more policy relevant, he found that the country’s youth are less nationalistic than their elders, even though the reverse is a commonly held belief. Such a study underscores the importance of not only understanding the magnitude and trending direction of nationalist sentiment, but also the character of that nationalism. This is exactly what Bickers delivers with Out of China: a deeply researched and lucidly written examination of how the experience of foreign exploitation in China gave rise to a uniquely Chinese nationalism. In the final analysis, Chinese nationalism is not monolithic and not completely controlled by the power of the state, despite its best efforts. Instead, it is alive and contested, much like the history that shaped it.

Capt. Tom Fox is an aviation officer and Master in Public Policy candidate studying international and global affairs at the Harvard Kennedy School. His follow-on assignment is as an instructor of international relations in the Department of Social Sciences at the United States Military Academy at West Point.