Multi-Domain Battle and the Masks of War: Why It’s Time to Eliminate the Independent Services 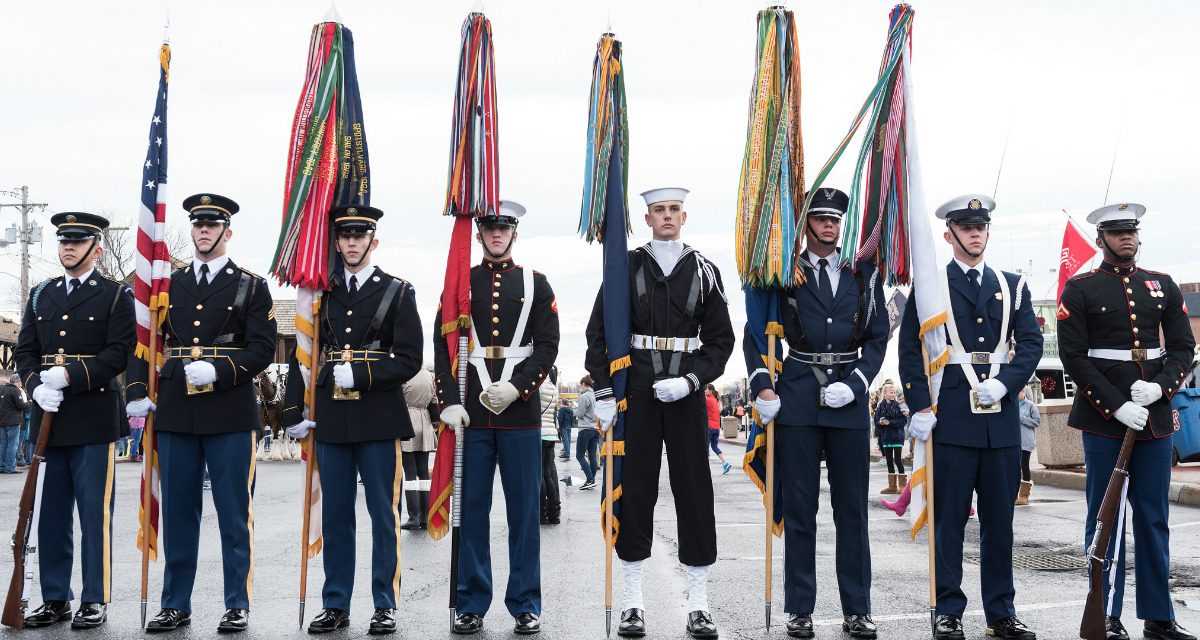 Multi-Domain Battle (MDB) has become the flavor of the month. Pushed predominantly by the US Army and Marine Corps, it is the current iteration of various recent attempts to meld the services, the military missions, and the strategic environment into a coherent, all-encompassing concept. Jointness is no longer enough.

As repeatedly seen since the end of World War II, however, the United States has a consistent record of losing wars, both on the battlefield, and as policy contests. The US military services’ institutional cultures—what Carl Builder called their “masks of war”—deserve a significant amount of blame for these failures, as these masks are only useful when the enemy fights exactly as the services’ masks want them to. That is a genuine rarity, and becoming ever more unlikely, as Army and Marines’ initial MDB white paper itself states. But just as with any attempt at reform, the services, as bureaucratic entities, will continue to do their thing unless radical change is forced upon them.

Therefore, there is only one way to make MDB both effective and a reality: Eliminate the independent services. By sweeping clear the current organizational structure of the Army, Navy, Marine Corps, and Air Force and rebirthing them from scratch as cross-functional corps, built to fight according to the twelve Joint Force Prioritized Missions delineated in the most recent National Military Strategy, battlefield victory with strategic purpose will be possible again.

The Multi-Domain Battle white paper is correct that the United States’ adversaries developed competitive strategies against America and its allies across the domains of war:

Over the last 25 years, assumptions of air, land, maritime, space, and cyberspace domain superiority drove the doctrine, equipment, and posture of U.S. forces. These assumptions are proving to be invalid in light of recent changes to adversary capabilities, capacities, and approaches. Potential adversaries now possess capabilities that allow them to contest both the deployment and employment of U.S. forces in greatly expanded areas of operation, interest, and influence. U.S. forces are not organized, trained, equipped, and postured to properly contest emerging and potential threats. As a result, the freedom of action required to support U.S. policy, by deterring, and if necessary, defeating potential enemies is at risk.

Along similar lines, the Marine Corps returns to its MCDP-1 Warfighting roots by embracing “maneuver warfare through a combined arms approach . . . [to achieve] effects across five domains—air, land, sea, space, and cyberspace.” MDB is therefore necessary because adversaries achieved a competitive advantage cheaply, identifying the weak points in pre-existing war plans, capabilities, and mental models created by improvements in technology, capabilities, and the cyber domain. With the expectation of “future high-end war between nation-states and great powers,” MDB is meant to shrink these advantages.

Embracing MDB is also a recognition of reality. As one analyst noted,

The Army’s combat formations are necessarily heavy and ponderous, and they lack organic strategic lift on the necessary scale. Without sealift or airlift, the Army can’t travel. Without air superiority, it can’t fight a winning battle. And without maritime and air superiority protecting its supply lines, it can’t sustain any fight that it gets into.

The military services must work together to fight any adversary across any character of conflict, across any of the military missions, and across any domain. It is a simple fact of life in today’s strategic environment.

The services and their masks of war have specific norms, values, and demands that get pushed before all others, however. They shade all force structure, budgetary, and capability debates. This is why Builder asked nearly thirty years ago, “What if military forces were not what we pretend them to be—the military means to political ends—but were, instead, institutional ends in themselves that may or may not serve the larger interests of the nations that support them?” Builder’s framework for identifying the masks was built on five elements, or what he called “faces,” that could be used to differentiate between the services.

1. What characteristics and icons they valued, their “altars for worship”;
2. Their concerns with self-measurement;
3. The preoccupation they have with hardware and technology, or “toys versus the arts” of war;
4. The degree and extent of intra-service or branch distinction; and finally
5. The degree of insecurity about service legitimacy and relevancy.

From this, Builder described the Navy as being marked by a sense of “independence and stature.” The Air Force he concluded, is “the embodiment of an idea, a concept of warfare, a strategy made possible and sustained by modern technology.” The Army’s formations are the “essential artisans of war, still divided into their traditional combat arms—the infantry, artillery, and cavalry (armor)—but forged by history and the nature of war into a mutually supportive brotherhood of guilds.” Though the Marine Corps (along with the Coast Guard) was left out of Builder’s assessment because it was not an “independent institutional actor with a significant voice in the national approach to strategy or military force planning,” it has received its own assessments from others since.

Service force structures have, perhaps inevitably, become defined by the masks that gave birth to them. This strategic monism subsequently becomes continually reinforced by the yearly budget cycle. However, as the strategic environment changes, these masks become institutional power centers that are devoid of any strategic logic. As Shawn Brimley and Paul Scharre outlined in their recommendations for a cross-functional corps,

Today’s U.S. military is the product of history—not of the missions and threats it now faces. American forces are hampered by overlapping roles and missions, arcane organizational structures, Cold War platforms and programs, and recruiting practices detached from modern needs.

Even worse, because of the failure of the services’ conventional capabilities to adapt, other operational and tactical capabilities—such as raiding and drones—are raised “to the level of a defense strategy,” compounding the same problems even further.

Much of the commentary and official publications on MDB state that adversaries found their advantage because the United States was distracted by fifteen years of counterinsurgency operations. Nothing could be further from the truth. The services continued to fight the counterinsurgency wars as their masks shaped them to. One analyst recently noted of Multi-National Corps-Iraq (MNC-I) under the command of Gen. Raymond T. Odierno:

Despite the focus of much of the analysis of U.S. operations during the surge on a supposed COIN-dominated revolution in the profession of arms, MNC–I built its operational concept on a solidly traditional framework and owed its success to the effective application of some of the oldest, most well-established principles of operational art, rather than to a COIN-dominated leitmotif.

Another recent analysis of the Army in Iraq and Afghanistan said that the Army resisted any large-scale changes toward effective counterinsurgency force structures because, “if implemented, [these changes] would have resulted in a significant alteration in the Army’s sense of mission regarding the norms, values, and beliefs related to the conduct of conventional ground combat operations against other professional military organizations.” [emphasis in original]

Because the United States is unprepared to win wars in the sense of translating military gains into enduring political successes, Navy and Air Force officers have ended up running Provincial Reconstruction Teams; the Air Force has used B-1s for close air support and continually fights any attempt to build a genuine close air support force; and a civilian national security system struggles to find capable civilians to fill any gaps. Even with a supposed “revolution” in the character of war made apparent during America’s post-9/11 conflicts and with the rise of hybrid warfare, each service continues to do their thing. Just as they have done in many other conflicts. Always leading to strategic failure. Why should anyone believe MDB will be different?

The current National Military Strategy defines twelve Joint Force Prioritized Missions. Each of these missions can, will, and do take place in differing time and spaces, requiring different capabilities, command structures, mental models, tactics, techniques, and procedures, budgets, acquisitions, force structures, and personnel. The services, as currently constructed, pay scant attention to the majority of these missions in favor of what their masks prefer, or only engage with them in a manner as close as possible to these preferences. This is why the United States consistently fails to win wars. The service-based force structures are built for specific battlefield purposes and cannot be hammered into the correct shape on a whim with the addition of a small amount of additional training, capabilities, and reading lists. It is also why reforming the services will have minimal effect.

Discussions have slowly trended toward the need to move beyond jointness to make MDB effective. From functionalized tactical forces to further calls for “whole-of-government” approaches. This is a step in the right direction, but not nearly a large enough step away from the failures of the past. It is time to eliminate the individual services and rebuild them as cross-functional corps. Nothing else can make MDB an effective organizational and battlefield reality, and enable the United States to win wars again.

Michael C. Davies currently works for an international law firm. He spent 5 years at the US National Defense University in Washington, DC conducting research on the lessons of the wars of 9/11. He has written three books (one is forthcoming) on the Wars of 9/11, and is a progenitor of the Human Domain doctrinal concept.