Multi-Domain Battle Will Require a Totally Different Type of Leader 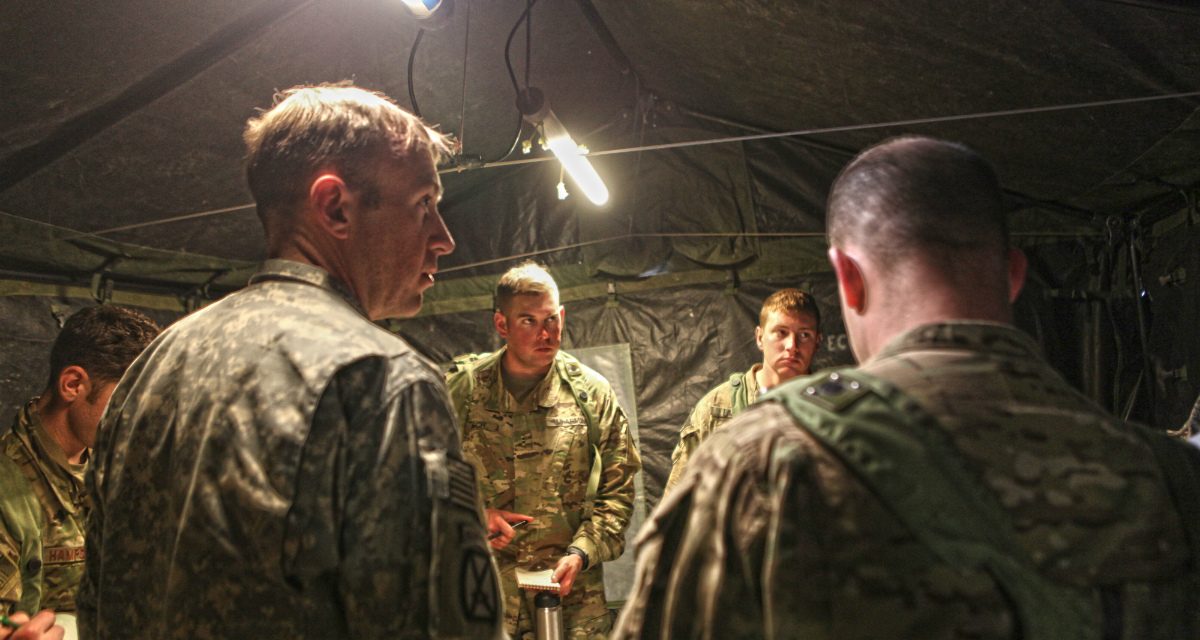 The strategic challenges posed by resurgent global powers have largely escaped the headlines of major news publications. Most citizens do not realize that Russia and China possess the technology capable of denying US forces the ability to operate uncontested in the western Pacific Ocean or eastern Europe. Given that preserving the current rules-based international order is a key security interest of the United States, this issue poses significant problems for the US military. Fortunately, members of the defense community are formulating ways to solve this new challenge.

Planners and strategists within the institutional Army are underway developing the much-publicized concept known as Multi-Domain Battle (MDB). This concept attempts to mitigate recent gains by near-peer (soon to be peer) competitors by leveraging rapid joint execution. In order to succeed, the United States must create temporary windows of superiority in a given domain of battle by using cross-domain fires, and then exploit that window to create temporary footholds with which to create further gains. Dedicated professionals remain hard at work creating new doctrine and even new task forces to optimize military efforts in line with this future warfighting concept. However, they are failing to make advances in one key area: leader development. Until the US Army develops leaders with the means, authority, and education to properly execute MDB, it will fail to adapt to an increasingly rapid pace of battle.

Transforming the way the military prosecutes war requires several changes. The Army must create new doctrine to guide planning and execution. Force structures must be altered to transform the military in a way that best suits this new warfighting style. Legislation must grant new or amended authorities to leaders to enable rapid execution across all domains of battle. Finally, the military must develop leaders of distinction in this constantly changing landscape.

The Army Must Collectively Shift from Risk-Aversion to Opportunity Exploitation

The Army’s aversion to risk is most noticeably, and often comically, embodied in the reflective belt. This fluorescent strap of nylon or plastic is a tangible consequence of leaders taking every measure to minimize risk. And why shouldn’t they? There is no greater tragedy than the preventable death of an American soldier, sailor, airman, or Marine. Minimizing risk is an admirable goal in garrison, but not necessarily on the battlefield. In war, minimizing risk can translate to lost opportunities, and a balance must be struck. An inordinately risk-averse leader is one who does not take chances, follows strictly to the script, and exploits nothing. This description, in many ways, describes the US military over the last two decades. For a multitude of reasons, the military pays strict attention to force protection. Yet, too much aversion to risk is the antithesis of the very mindset required in an MDB fight.

Multi-domain battle succeeds when leaders create and exploit opportunities to gain some temporary advantage. This in and of itself calls for risky actions. It calls for deception, for hard-fought bloody victories. Leaders are correct when they call the men and women of our armed forces the military’s greatest resource, and their protection is and should be a priority. But force protection is not the mission. Achieving victory often requires the necessary sacrifice of life. There is room for compassionate, servant leadership at the tactical level. However, that leadership mindset quickly loses its utility as one transitions from the tactical to the strategic realm. While this may not be publicly palatable, it is necessary to create the string of victories required for overall victory against a peer threat.

This shift begins inside the minds of leaders. Safeguarding against preventable loss of life is always necessary. However, bold, audacious action that begets victory is not born of a defensive mindset. Leaders must be willing to take risks. They must envision the potential for exploitation and then take risks to turn that vision into reality. This requires a significant shift away from the protectionist mindset that drove many actions in America’s post-9/11 wars. Enabling and supporting initiative requires leaders to recognize the value in taking risky action. It also requires leaders willing to tolerate failure when operations don’t work out as planned. The zero-failure mentality of our current and recent wars must go by the wayside and be replaced by one of audacious, calculated risk-taking.

The Army Must Change the Way it Educates its Leaders

Current schoolhouse models are insufficient to properly instruct leaders in the complexities of rapid MDB integration and execution. The education programs of both officers and NCOs lack basic essentials to properly prepare junior leaders for the execution of MDB operations. These courses occur largely in the classroom, with hands-on field exercises treated as graded, culminating events. This manner of learning is not sufficient for the reality of multi-domain battle. Multi-domain battle requires leaders who can see through the fog of war to recognize potential for leverage and understand the intermediate steps to achieve a temporary advantage. Rapid decision-making and complex problem-solving are not skills that can be effectively taught in the classroom environment and then magically exercised to perfection, or even competence. The Army must take its junior leaders out of the classroom and place them in a field training environment where they can be repeatedly stressed and tested.

While not ignoring senior leaders, we must focus on junior leaders now so they can be ready when they become field grade officers and senior NCOs. Immersive, iterative training is arguably the most effective way to instruct leaders in the military art. To be sure, classroom education is an excellent method to relay theory and the capabilities and requirements of the tools at their disposal. However, only through hands-on iterative learning will junior leaders learn to develop the initiative, confidence, and competence necessary in a multi-domain fight.

Some might liken this to an Ender’s Game model of learning, minus the aliens, children, and crushing isolation. But that all-encompassing style of development has many benefits. The military needs a comprehensive education model that permits failure and teaches leaders not what to think, but how to think. Leaders would learn to deal with ambiguity, minimal resources, and broad intent: the very meaning of mission command. This is likely to be an expensive shift. Hands-on learning requires more “trigger time” for students. Smaller classes, more cadre, and more iterations per student all greatly inflate the price tag of training. Yet, despite the costs, switching to a focus on experiential learning will better prepare our leaders for the challenges to come.

The Army Must Take Immediate Action

Transforming the Army’s leader development system requires years of effort. Funds must be requested and approved through Congress. Curricula must be written, scenarios developed, evaluation metrics tested. The transformation process requires a long-term dedicated effort. Yet the reality of multi-domain battle is just around the temporal corner. Today’s junior leaders are the senior NCOs and field-grade officers of the future. They are the individuals who will lead our forces in battle against a peer threat. Given the long process to transform the system, the Army must immediately begin the transition in order to ensure the next generation of leaders is properly equipped to face the threat with confidence and competence.

However, the fight to develop quality leaders of consequence begins prior to their entry into the classroom. Superior education, as mentioned above, includes a more dynamic experience and, like most superior education, that requires money. The issue is not nearly as simple as forcing a bureaucratic bean-counter to take away beans from some boondoggle and placing them into the Army’s Training and Doctrine Command (TRADOC). Redistributing funds can be an extremely complicated process. Given its complexity, leaders must immediately begin to push and pull the levers of the US government’s giant bureaucratic machine to start the process of redistributing funding.

Capitalize on MDB Momentum to Craft a Training Renaissance

The Army is busy developing the doctrine and force structure to prepare itself for a more dynamic battlefield. That development must include a transformation of leader education. If the Army is serious about its transformation to a force capable of rapid joint integration in an MDB environment, it must immediately work to alter the manner in which it develops leaders. Immersive, iterative training is the best way to prepare future combat leaders with the requisite experience and knowledge for battlefield success. There may well be a strategist toiling away under the harsh fluorescent light of some Pentagon cubicle, working to improve future training capabilities. However, if that is the case, those efforts are largely unknown to the men and women who work daily to plan the Army’s transformation—and just as importantly, to those junior leaders who will be responsible for implementing it. This discussion is too important to be relegated to the dark depths of some sub-basement. Army leadership must capitalize on the forward momentum of MDB doctrine to ignite a renaissance of leader development and education. Only then can junior leaders truly be equipped to execute their vision. 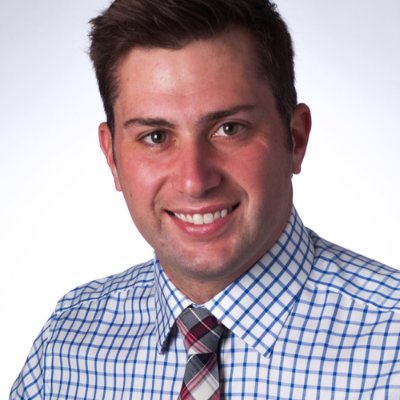