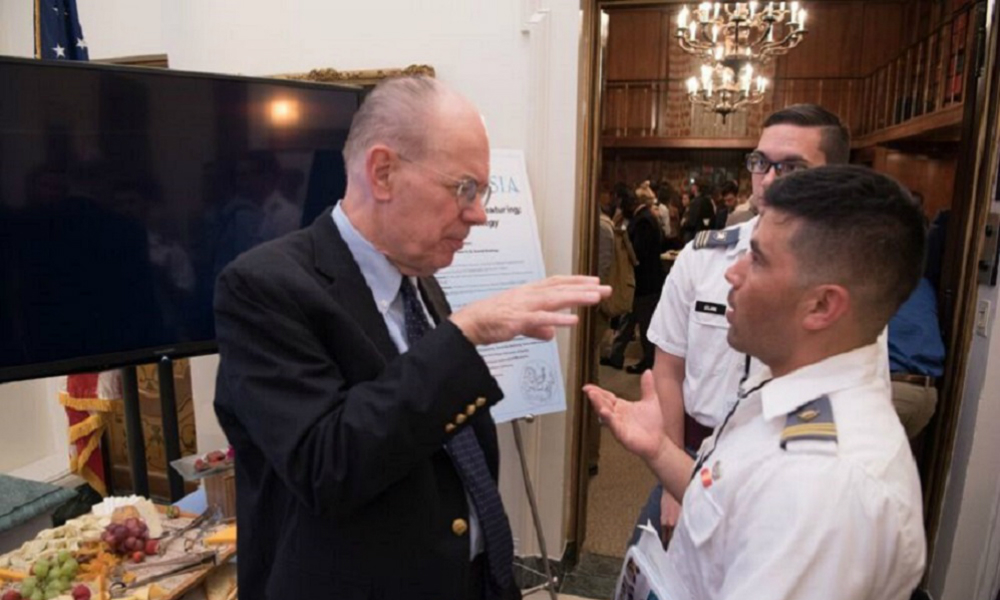 Last month, MWI, together with West Point’s Grand Strategy Program, brought two dozen cadets down to the Council on Foreign Relations’ New York City headquarters to take part in a graduate school fair and panel discussion put on by Foreign Affairs titled, A New Grand Strategy. The panel, moderated by Foreign Affairs editor Gideon Rose, featured John Mearsheimer of the University of Chicago, Charli Carpenter of the University of Massachusetts-Amherst, Jennifer Lind of Dartmouth College, Sharyn O’Halloran of Columbia University, and Colonel Suzanne Nielsen, Head of the Department of Social Sciences at the United States Military Academy. Representatives of dozens of graduate schools’ public and international policy programs were in attendance, including Johns Hopkins’ School of Advanced and International Studies (SAIS) and Columbia’s School of International Affairs (SIPA). The panel discussed the difficulties of crafting a grand strategy to counteract a rising China, as well as the important of human security and the rise of “populism” and “populist movements” in the social media age.