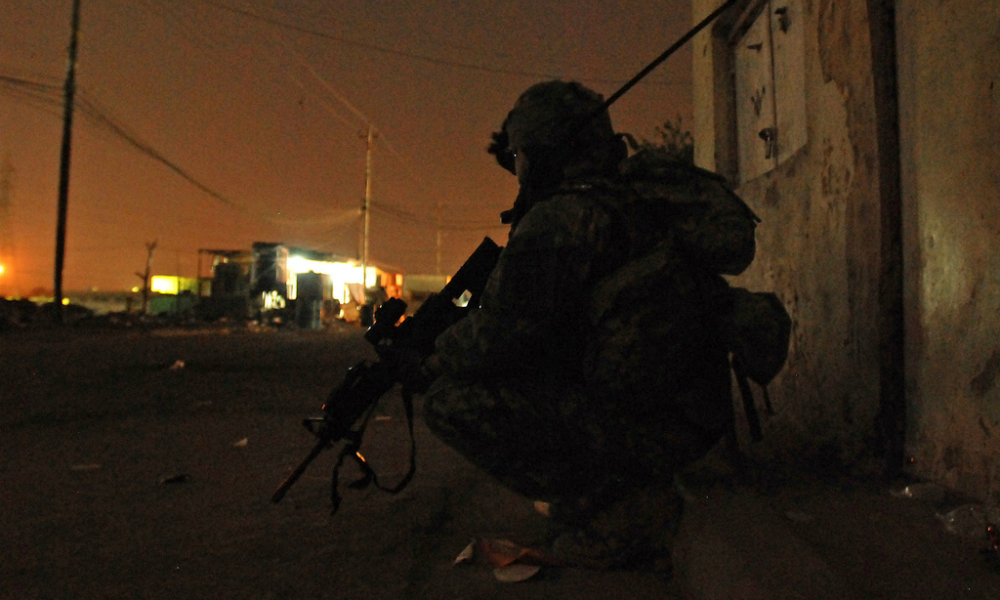 In this episode of the MWI podcast, Capt. Jake Miraldo speaks to MWI adjunct scholar and retired Maj. Gen. Robert Scales. The discussion touched on the role of the infantry in modern war, pairing technology with small-unit forces, and the more.

The Army’s combat forces are more than just the tip of the spear, Scales argues. “Even though the infantry is a small part of the Army, it becomes its sort of moral anchor point or its soul, and as the infantry goes, so goes the fate of the service.”

And yet our recent wars have presented infantry forces with far more complexity than has previously been seen on battlefields. Infantry soldiers “have to be able to commune with alien populations. They have to be able to profile the enemy, to determine who’s good and who’s bad. They have to be able to conduct civil-military operations.” With such complex challenges facing these soldiers, the Army should adopt new mechanisms to prepare them to succeed on the battlefield. “In my generation in Vietnam, 80 percent of all those killed in a small unit were killed in the first two months of their tour.” But modern technology can overcome that dynamic, Scales argues. “We need to have a means through the use of virtual simulation . . . so a soldier, before he goes to his first close combat action, may have been immersed in a realistic simulation that is accountable to his actions a thousand times. . . . Let’s say you had a thousand close combat engagements, each one of them different, before you went into your first engagement. Don’t you think you’d be better?”

Listen below to the full, wide-ranging conversation on the infantry, technology, and modern war.

Retired Major General Bob Scales is a former Commandant of the Army War College, an artilleryman and author of the new book, Scales on War: The Future of America’s Military at Risk, just published by the Naval Institute Press. The views expressed herein are those of the author and not necessarily those of West Point, the Department of the Army, the Department of Defense, or any agency of the US government.
Share on Facebook Share
Share on TwitterTweet
Share on LinkedIn Share
Send email Mail
Print Print