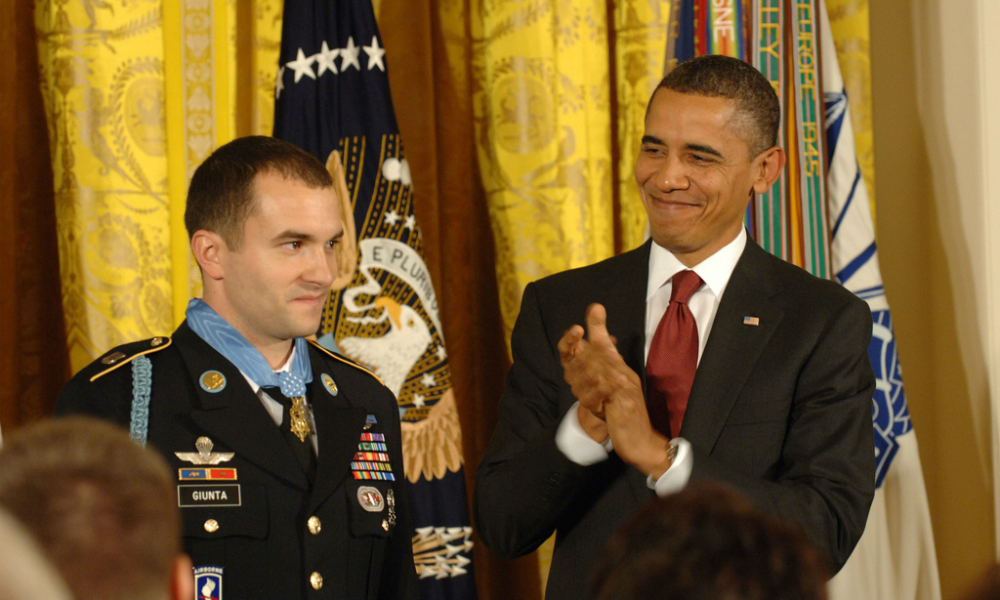 Giunta received the Medal of Honor for his actions during a 2007 battle in eastern Afghanistan’s Korengal Valley. He recalls the details of the intense encounter with enemy fighters and the events of the days leading up to it, and discusses the crucial role of strong and effective leadership under the most trying circumstances.

In October 2007, Giunta was deployed with the 173rd Airborne Brigade. It was six to seven months into a 15-month deployment. His platoon was part of a battalion-sized operation, ROCK AVALANCHE, that aimed to expand the US presence with an extended, multi-day patrol. He describes the patrol base he and his fellow soldiers occupied at one point: “It was a very eerie place to be. I think out of my entire memory from the military, that was probably the eeriest place I had ever been, and [had the] most disconcerting circumstances around it. Everything felt like it was going to be bad at any second.”

On October 25, while returning to their outpost, Giunta and about 18 other soldiers were struck by an ambush. “It was like the world exploded,” he recalls. He describes the ambush and his and others’ actions during the firefight in detail. Although engagements with enemy fighters were all too common in Korengal, “what made this one so different,” Giunta explains, “was their boldness. It wasn’t just harassing fire. It wasn’t just sniper fire. It was an all-out ‘we’re going to surprise you and we’re going to crush you’ type of mentality. The volume of fire was incredible.”

Giunta credits two things for the way the patrol reacted to the ambush: training and the close-knit sense of being part of a team. “None of us had ever experienced anything like that before, but we had thought about what would happen . . . how we would react if this happened. . . . [Reacting] to a near ambush is something you go over in basic training.” At one point, Giunta ran forward toward the ambush line, not only because that’s what he had been trained to do, but to protect another soldier who had been wounded and was being carried away by two enemy fighters. “I didn’t go forward to charge the ambush,” Giunta says. “I chased after my buddy to make sure he wasn’t charging the ambush line alone.”

For his actions during the engagement, Giunta was awarded the Medal of Honor, the first living recipient of the award since the Vietnam War era. Listen to the full podcast below, and subscribe on iTunes or find us on your favorite podcast app so you don’t miss an episode.