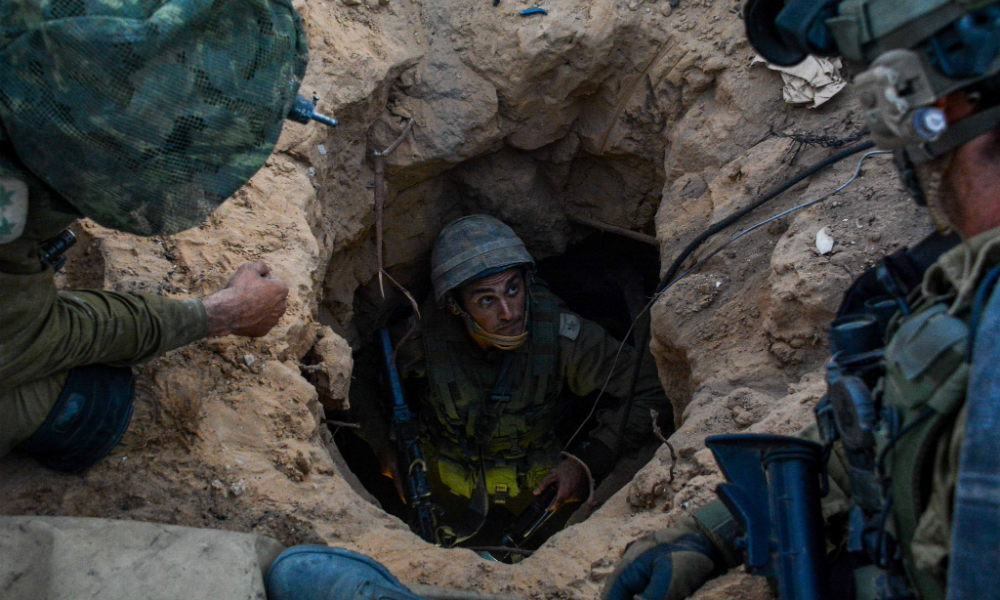 In this episode of the MWI podcast, host Capt. Jake Miraldi speaks to Brig. Gen. Nechemya Sokal, chief of staff of the Israel Defense Forces’ (IDF) Technology and Logistics Branch. Sokal discussed several challenges of increasing prominence on the modern battlefield, including one that the IDF in particular has contended with: subterranean warfare.

In many ways, Sokal suggests, building tunnels is a natural response for groups who face state adversaries with an overwhelming technological edge. “HAMAS knows it cannot defeat us,” he says. “So this [tunnel-building] is asymmetric warfare.”

The IDF’s counter-tunnel solutions are a mix of technology and new doctrinal concepts. Sokal lists different technologies used: radars, GPS, geophones, microphones, fiber optics, and others. But equally important are new operating concepts. “We developed doctrine and training [for] our forces in order to mitigate this challenge. Not only finding the tunnel, but also how to deal with it after we find it. How to map it, how to get inside it if it is needed—and we prefer not to—and how to destroy it.”

Both doctrine and technology also impact a uniquely challenging aspect of tunnel warfare: actually fighting in them. “Fighting in this environment brings a whole new challenge to the fighting units,” Sokal says. “We have to change our doctrine . . . because underground facilities are not so intuitive as buildings and places we are used to being.” Technology also offers a key solution. “This kind of environment—underground facilities and tunnels—is a risky environment. Fighting in it, and mapping it, and collecting information about it is a risky mission. And if you can do these missions without risking your soldiers, I think we should prefer to do it in this way. Robots are a very effective tool to reduce the risk. We tried and succeeded to develop special robots to fit this mission.”

But ultimately, Sokal cautions against any assumption that autonomous platforms can fully take over the job of combat troops. “I’m sure that at the end, we will not replace the good old . . . kind of fighting,” he says, “because you won’t replace the soldiers that have full situational awareness and can [make] decisions . . . for example, moral decisions, even. To target a house, if it has civilians in it or not. These are decisions we won’t let machines do.”

Listen to the full podcast below.