MWI and SCPME Screen ‘Kill Team’ to Over 500 Cadets 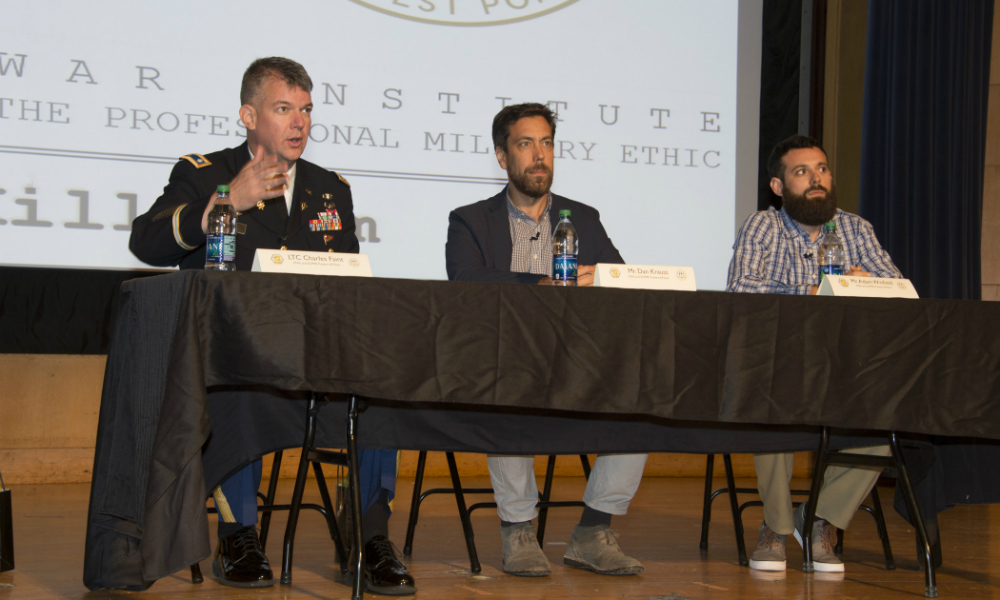 Last Friday evening, MWI and the Simon Center for the Professional Military Ethic (SCPME) co-hosted a panel and showing of the documentary film “Kill Team” to a Cadet, Staff and Faculty audience of over 500 in Rob Auditorium.

“Kill Team” tells the story of former Private and incarcerated Soldier, Adam Winfield, in Afghanistan who in early 2010 attempted to alert the Army to heinous war crimes with the help of his father. Left on his own and with threats to his life, Private Winfield was drawn into a moral abyss, forced to make a split-second decision that would change his life forever. As one former “Kill Team” member stated in the film, “From the day we join the Army you train us to kill, then why are you surprised when we do it?” 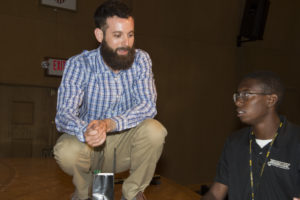 Following the showing, SCPME’s LTC Charlie Faint moderated a panel discuss with Mr. Winfield and the film’s Academy Award Nominated producer, Dan Krauss, who is also a Professor at Stanford. The panel explored the toxic culture of an Army infantry squad that murdered innocent Afghan civilians and attempted to garner lessons for Cadets in attendance who may face such perilous leadership challenges in the future.

Mr. Winfield described fearing for his life at the hands of his Squad Leader when one Cadet asked, “Why couldn’t you tell the chaplain what was going on?” to which Mr. Winfield responded tersely, “SSG Pitts [the “Kill Team” Squad Leader] escorted me to the Chaplain and he had my weapon.”

LTC Faint asked each panelist to offer some advice to the future Army leaders assembled. Mr. Winfield shared one simple message: “You know the right thing to do. Just do it, do the right thing.”

AdamWinfield19AUG16RobAud from Dept of Military Instruction on Vimeo.